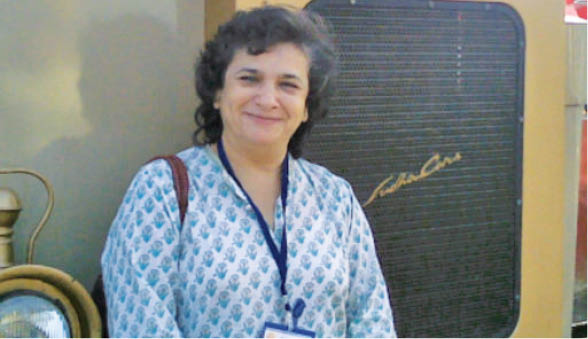 On 9th May, 2019, the Community lost our much cherished and celebrated Dentist, Dr. Arnavaz Havewala, as the result of a tragic accident that took place on April 28, 2019. Dr. Havewala, aged 63, and her daughter, Hera, 24, were involved in a terrible accident in the lift of the Bhau Daji Lad Museum, located in the Byculla zoo. They were seriously injured and immediately rushed to the Masina Hospital (Byculla), where Dr. Havewala was admitted with multiple fractures and Hera suffered a fracture in the leg. Unfortunately, on Thursday (9th May), Dr. Havewala succumbed to a cardiac arrest, allegedly born out of complications due to the injury.

The Hospital released the following statement, “The patient, Dr. Arnavaz Havewalla, was brought to the hospital after she had suffered a severe pelvic fracture and injury on heels due to fall from a height on April 28, 2019. She was admitted into ICU and later shifted to the ward where she was being monitored by an orthopaedic and general physician. The hospital provided the best possible treatment available however, unfortunately, she succumbed to her injuries today.”

The recipient of numerous prestigious medical, community and social service awards, Dr. Arnavaz Havewalla was known and loved as a deeply concerned community advocated who rooted for the betterment of the community and was actively involved in various social and civic causes.

A huge loss is also being felt in the dentistry circles of the city. As per press reports, Praising her excellence as a professional, the President of the Indian Dental Association (IDA), Mumbai, Dr. Devidas Jatkar stated that Dr. Havewala was to take over as President of IDA – Mumbai from 2020 and she was the President-elect for the next year.

On behalf of the Community, Parsi Times offers heartfelt condolences to her family – her son Danesh and daughter Hera and their families – and pray to Ahura Mazda to grant Garothman Behest unto her soul.