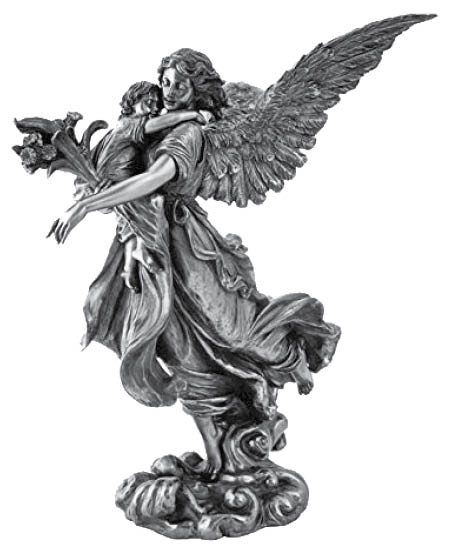 Every death is a loss and grief for the ones left behind. If an old person dies, it can be seen as completeness of that life, but the death of any child is untimely, tragic and heartrending. Life had barely begun and seemed to hold so much promise for the child and its family and then to have that promise snatched away is life’s greatest trauma. A child’s death also brings the extra burden of tremendous self-inflicted guilt, the feeling of ‘If only I had… or had not’, or sometimes the even more devastating realization that a beloved child has gone beyond one’s reach without the time to say goodbye.

A few decades ago, in a tragically large loss of life, a circus tent caught fire causing the death of innumerable children. The parents felt totally devastated and numb with pain. For one mother, the loss was even more heartbreaking as she had chided her son before he left as she didn’t want him to go, and in her anger, had refused to kiss him on his way out. She took this as her personal punishment.

Unfortunately, we lose many little children to a number of reasons – accidents, criminals, birth-defects, cot-deaths, inherited disorders and diseases. These days, very sadly, children take their own lives before and after exam or board results. This form of death needs lots of understanding and compassion because the young student may have done it in fear, temper-tantrum of parents, mental-agony or feelings of letting parents down.

In college, I read a book by C S Lewis called The Great Divorce’’, in which, one of the characters, a mother whose son had been murdered, is met by his murderer after she dies. She became an angry, hysterical, bitter and revengeful soul herself until the murderer’s soul pointed out that he was there because her son forgave him. Because of his ability to forgive, the son had gone on a much higher state of consciousness and sent the murderer to meet his mother and ask her, “Can you do the same?” In the book, the mother is unable to forgive and goes on suffering her loss over and over again and it is this state of consciousness that is called hell, while her son was in heaven. This was a good book and contained the study of what happens to a soul on the other side of life.

Death is a true mystery. On the other hand, birth offers a lifetime of ongoing experiences. Past karmas between parents and children is intense. It could be taken that friends as well as enemies of previous births may incarnate as your child and this is why some children give lots of happiness while others give unbearable grief to their parents. I read this in the ‘Egyptian Book Of The Dead’, and years later, was surprised to find the same words in the ‘Bardo-Thodol’ or the Tibetan Book of the Dead.

The good news in both these books is that those we have loved can never be apart from us (except physically). Each new birth brings us into contact with both, new and old loved ones and gradually, every soul becomes aware of loving, being loved and thus evolving towards our ultimate goal, which is the bringing together of all souls in love. This Universal love is the one and only true purpose of life. The only reality of life is death – the one consistent for every one regardless of species, religion, sex or status. It is not painful for the soul which has passed over but yes, it gives a lifetime of grief to the ones left behind.