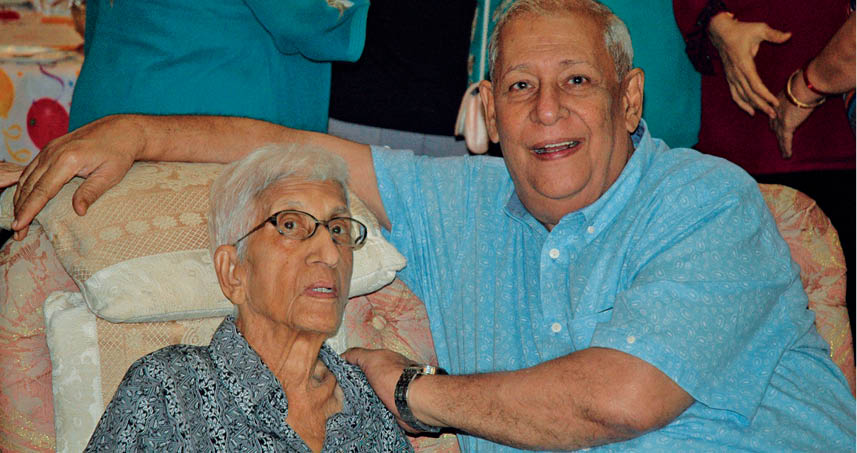 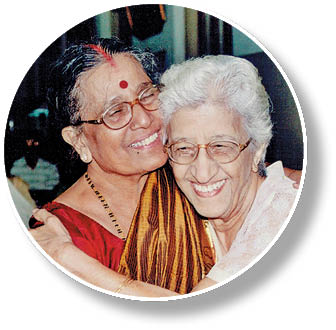 The erstwhile principal of Sir Jamsetjee Jejeebhoy Girls High School, Miss Nergesh Bamji is no more. She breathed her last on the morning of 13th May, 2019 at the grand age of a 102 years.

Born on 2nd July, 1917 to Bachubai and Kaikobad Bamji in Bombay, she did her schooling in J B Petit Girls High School.  Her principal was the sister of Sarojini Naidu; her brother Harindranath Chattopadhyay would regale the senior classes with recitation of some of the finest verses from English literature.  After she graduated from St. Xavier’s College, she went on to complete her Masters in History and her Bachelor in Teaching (BT). Marriage never assumed much of a priority.

In 1939, at the age of 23, Nergesh Bamji joined Sir JJ Girls’ High School (Fort). When initially offered a salary of Rs.75/- per month, she felt slighted as it was not in line with her qualifications. But her father advised her to think that the Trust was offering her Rs. 150/-, and that she was donating half of her pay package to the school as a good Zoroastrian! This idea appealed to young Nergesh and she accepted the post. She worked under the then Principal Hirabai Nusserwanji, and later under Manijeh Mehta.

The concept of education for girls, then, was more about domestic literacy – to turn girls into good housewives – to enable them to read and write, keep household accounts and maintain their homes economically. Needle-work, embroidery and knitting were encouraged. Bamji refused to conform as she had revolutionary ideas for the girl child. A woman according to her was not meant to be just a house-keeper. She believed women could work wonders if educated and given a chance. By the time she became the principal in July 1952, she had introduced many of her forward ideas and had done away with the ultra-conservative approach to education.

From day one as principal, she insisted upon high standards of education, discipline, punctuality and smart grooming, and introduced her girls to every sphere of social and cultural activities like music, dancing, dramatics, elocution and debating. She introduced smart school uniforms. She was always impeccably dressed in elegant sarees often with kors (Borders) the Parsi women often sported and hair-do almost à la Indira Gandhi. Under her haughty and imperious looks dwelt a soft tender and kind person who wanted to give a girl child a stepping-stone to a better and fruitful life. All her teachers too were always smartly attired. Many of Bamji’s students or ‘My girls’ as she called them, are today grand-mothers and great-grand-mothers, and have made names for themselves across India and the world.

Nergesh Bamji retired in 1977, after having elevated this small school to an institution to be reckoned with. Even post retirement, she retained interest in the progress and the welfare of her beloved school.

She was a globe trotter and a voracious reader – her love for reading continued till she was in her late nineties, when her eyesight began to fail her. A small eater, but loved good cuisine and enjoyed a small snifter of Brandy almost till her last days. It was only last month that she told me that whenever she visited Dr. Zarir Udwadia for her checkup, he would inquire in astonishment about her phenomenal memory. Till the end, one thing her age could not rob her of, was her memory. She remembered most of her students by their names and remembered even their family backgrounds. Her doors were always opened to all her students who visited her regularly. She gave them life and they gave her love in abundance.

She is no more, and O the difference to me, to all who came under her spell.

O for the touch of the vanished hand, And the sound of the voice that is still!