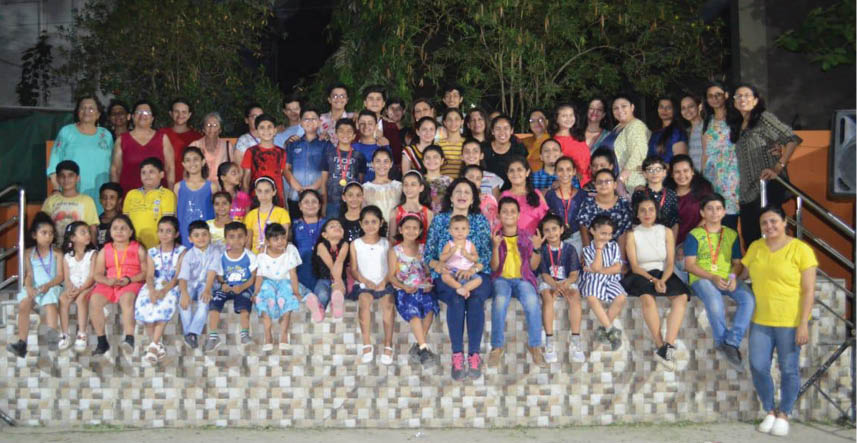 On the morning of 27th April, 2019, Surat’s Parsi Gymkhana was aflutter with little Zarthostis who had flocked there to partake of the annual summer ‘ZWAS Kids Fun Camp’ held by the Zoroastrian Women’s Assembly Of Surat (ZWAS).

Commencing auspiciously with a Humbandagi, the 50 merry campers were divided across three age groups (5-7; 8-10; and 11-15 years) to compete in games organised by Programme Committee Chairperson, ZWAS, Binaiffer Eng 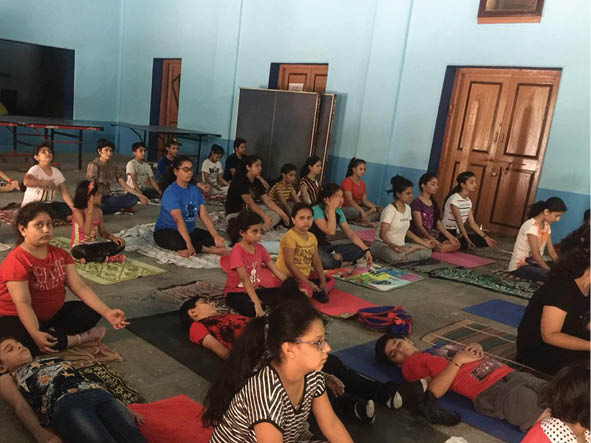 ineer. Next up, members and kids alike danced to the tunes of dance-teacher – Mahazarin Variava. Up next was a yummy, healthy breakfast, followed by group wise storytelling and holistic talks conducted by Vira Karanjia and Trustee Maharukh Chichgar. Kainaz Variava and Hon. Sec. Dilnaz Besania provided training in comedy skits. The excitement only increased when the children were taken to the farm of past president Mahatab and Burjis Bhatporia, where thrilling group games were conducted before feasting on yummy chicken biryani, followed by a rain dance. Thus, ended a fun Day-1.

On the second day, a sumptuous breakfast followed the Humbandagi and a small religious talk. Sports was on the menu with innovative fun-filled games like ‘Dosa–Dosi Walk’ and ‘Golmaal Relay’; with games boosting creativity, where the kids had to decorate envelopes and make book-marks, conducted by Daisy Patel, Firozee Elavia and Vira Karanjia. A fab lunch later, it was time for a yoga and meditation session conducted by dynamic trustee, Maharukh Chichgar. Next followed the much awaited Treasure Hunt, which ended with lots of excitement and hungama and yum refreshments sponsored by SPP President, Jamshed Dotivala and Cyrus Dotiwala.

With the finale hour drawing closer, after a humbandagi and welcome note by President Mahtab Variava, the kids presented entertaining gags, dances, Parsi songs and inspirational speeches which were learnt in just these two camp days. The audience were highly regaled, elated and impressed to see the kids’ fabulous preparation in such a short time! Winners were awarded medals.

As two days loaded with fun, learning and great excitement concluded, a round of thanks went to all the supporters for their efforts – Trustee Piloo Bhathena, Tanaz Coachman, Afreen Patrawala, Delnaz Katpitia, Dhun Kharas, Nilufer Bavadam, Perin Karanjia and Firozi Karanjia. Thanks also to Burjis Bhatporia for arranging an enjoyable farm outing. The grand event would not have been possible without the commendable work by all the ZWAS members, who promise to welcome all the kids yet again in 2020!