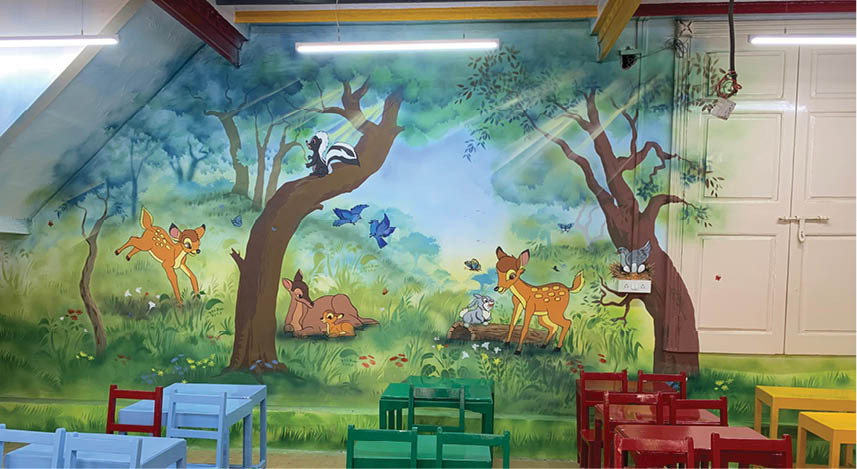 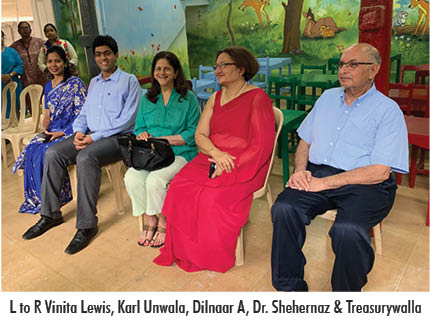 On 18th June, 2019, The Bharda New High School and Junior College inaugurated a brand new, sprightly and welcoming Pre-Primary section, with walls depicting the theme of the evergreen hit and children’s favourite film – ‘The Jungle Book’, painted by three students from the JJ School of Art. The Pre-primary section has been brilliantly redesigned from an erstwhile stable and a storeroom.

The inauguration, which took place at 10:15 am, kicked off with the School Band welcoming Trustees Dr. Shehernaaz Nalwalla, Treasuriwalla and Dilnaar Ahmadullah, with the latter cutting the ribbon for the formal inauguration. Attended by over sixty students and thirty teachers, the event comprised students singing the School-song with great enthusiasm.

Speaking on the occasion, Principal, Vinita Lewis, said, “The dream of having a separate Pre-Primary section for the school has come true. Each one of us in this school lives by its motto, ‘Ever New’, with new methods adopted daily that not only aim at academics, but also the overall holistic development of the students.” 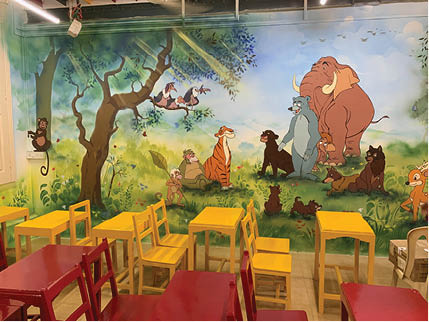 Next, saplings were planted by the Trustees and the Principal, symbolizing and encouraging the essence of growth and prosperity. The event also witnessed the unveiling of the school magazine – commemorating a glorious hundred and twenty-eight years of the School’s existence – edited by the teachers of the school itself; and launched by the SSC and the HSC toppers of the iconic School which was established in 1892. The funds for renovation were donated by the Bidiwalla family in memory of Late Bashir Bidiwalla.

Speaking to Parsi Times, Trustee Dr. Shehernaaz Nalwalla, the guiding force behind Bharda New High School and Junior College, shared, “I wish to continue the Parsi legacy of the school whilst maintaining its cosmopolitan nature. I hope that there will be an increase in the number of Zoroastrian admissions.”