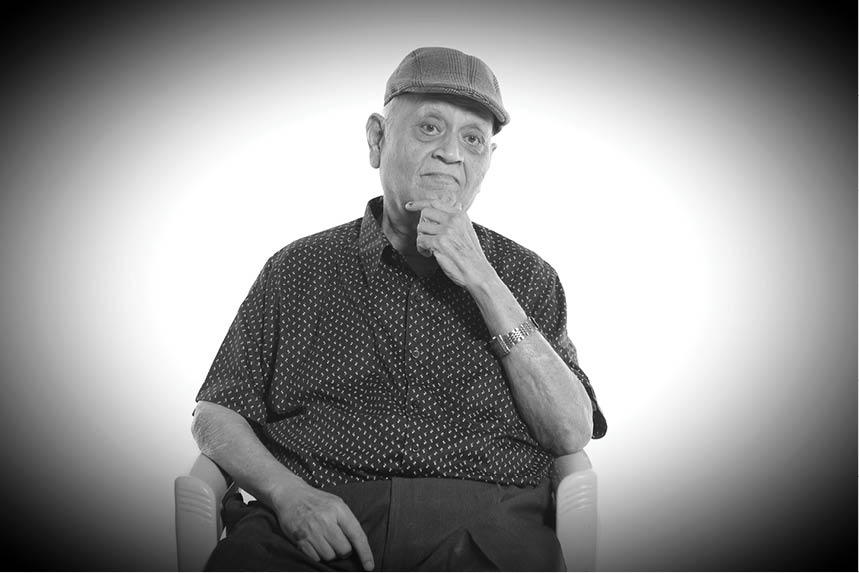 Would it be right to say that Comedy King Diniyar Contractor is no more? One could turn philosophical and say that he is no more in body on the stage of planet earth. But, even this would be incorrect, because the body of his work on stage and screen will continue to entertain and inspire many, for years to come, and his spirit of care and concern for all those he knew and cared for, will live on. His legacy to the world of comedy will remain legendary.

He lived his life on his terms and even in death it was his wish that his mortal remains should be cremated. This was his private choice and it is not for anyone to comment or sit in judgment over his personal choice. Unfortunately yet again, social media is abuzz with all kinds of insensitive and derogatory statements, this time regarding how his soul will now suffer or not go to heaven; as if some of them have CCTVs installed at ‘Chinvat Bridge’ and are monitoring the plight of his soul. Funnyman that he was, his soul must be mimicking comments of those who are writing on religion without understanding it or living it.

Yes, the Vendidad (written in the tenth century AD) states that a corpse should be consigned to the Dokhma. It was and remains a scientific and environmentally friendly system for the disposal of the dead. But, I would request those who seem to know everything about the religion to produce one authentic Zoroastrian scripture which specifically states that the soul of one, whose body is disposed in any other manner, will suffer or not enter heaven. The Holy Scriptures refer to the Chinvat Bridge (an allegorical bridge between this world and the other world) where the soul is judged after death. The bridge appears narrow for liars and their soul is allegedly dragged into druj-demana (the abode of lies) which possibly is a state of consciousness that makes the soul reflect on its misdeeds. The bridge appears wide to the soul of one who has led a life of Asha (goodness, truthfulness) and enters Garothman (Abode of Song) which possibly is a state of consciousness where the soul is singing or happy.

Dinyar was a loving, caring and self-sacrificing human-being who looked after his loved ones and lived the message of Zarathushtra ensuring, “Happiness to those who make others happy.” Why should the soul of such a person go through torment? One is judged at Chinvat for their Thoughts, Words and Deeds. Dinyar’s thoughts, words and deeds always focused on laughter and happiness. They say Zarathushtra laughed at birth. Zarathushtra probably must have laughed again, receiving Dinyar in the spiritual world.

Thus, while Diniyar’s soul must have laughed his way to the house of song, those on earth should, in fact, worry about their own reckless thoughts, words and deeds on social media! To reiterate, Dokhmenashini is a good system for disposal of the dead and not only do I believe in it, but, I would recommend it to one and all. However, no one should take it a passport to Chinvat or a visa to enter Garothman. Your after life depends on how you live this life, in thought, word and deed. Let’s love people for what they gave us (in terms of happiness) and not judge them for the manner in which they decided to leave!