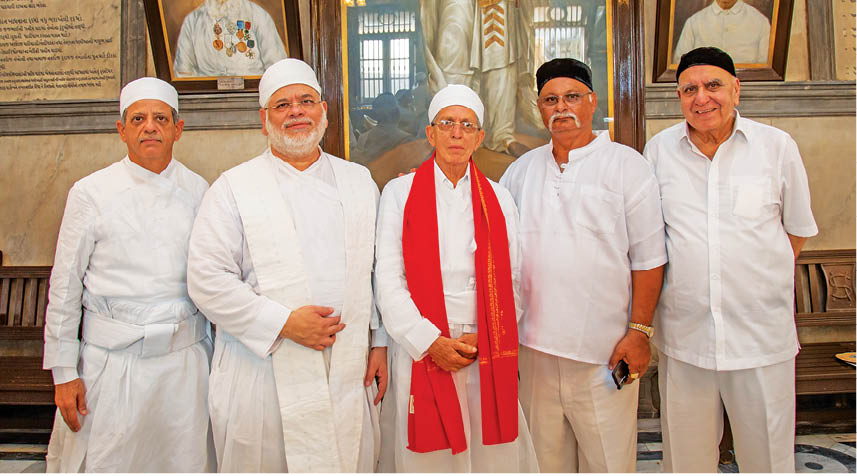 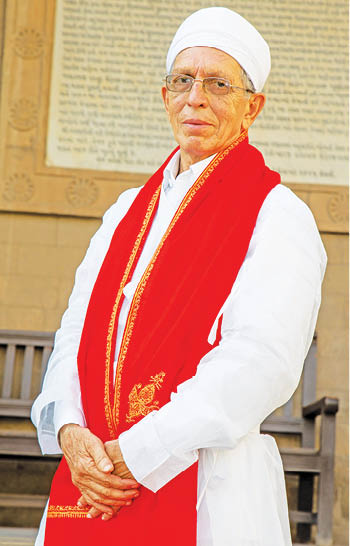 In keeping with tradition, the successor to the Meherjirana Gaadi was announced after the Uthamna of Vada Dasturji Kaikhashru Navroji Dasturji, 17th Meherjirana. 74-year-old Er. Kaikhushru Cowasji Ravji, a Yozdathregar Mobed, was anointed as the 18th heir to the Meherjirana Gaadi (priestly seat) by the Bhagarsath Anjuman of Navsari. Sharing more information about him, Er. Mehernosh Sorabji Madan read out his impressive biodata. The first shawl was presented to him by Er. Khurshed Homi Desai, the Vada Desaiji of Navsari. Twenty-nine more shawls were presented to the new Vada Dasturji Saheb by leaders of various Parsi institutions of Navsari and other dignitaries. He has been serving as Panthaki of Cama Baug Agiary in Mumbai, since over 3 decades.

Born in Navsari, on 8th October, 1944, Vada Dasturji Keki Ravji was ordained as a Navar and Martab at the Vadi Daremeher at Navsari. He received mobedi training at the Dadar Athornan Madressa and M F Cama Athornan Institute in Mumbai (Andheri). At the age of 15, he became a qualified priest and at the age of 18, started practising mobedi under the able guidance of his father, Er. Cawas Ravji and Er. Eruchshaw Karkaria. For 19 years, he served Navsari Anjuman and was a Boiwala at the Atash Behram for 9 years and also served the Malesar Behdin Anjuman Agiary along with his father, Ervad Cowasji Ravji.

He has served as the Panthaki Saheb of Cama Baug Agiary at Grant Road, Mumbai since 1987, performing over 68 Nirangdin ceremonies (most of which were performed in Navsari); 5,000 Ijashnes and 3,000 Vendidad ceremonies. He has consecrated two varasyajis (the sacred white bull) and also consecrated the gumbad of Navsari Atash Behram. He has recorded the entire Avesta prayers in a recording studio. These are available on a pen drive for the benefit of the Parsi Zoroastrian community. Vada Dasturji Ravji is married to Roshan and both his sons, Er. Farzad and Er. Hormuzd, are also practicing priests, working together as a family team and managing the Agiary very well.

Vada Dasturji Ravji thanked the Bhagarsath Anjuman and all humdins for the felicitations and said that a Dastur’s rank is next to that of our prophet Zarathushtra. Therefore, a Dastur is expected to provide leadership to the Parsi Zoroastrian community. He prayed for the late Vada Dasturji K N D Meherjirana’s soul to attain Garothman Behest and continue to shower his blessings on our community. The function ended with a Humbandagi led by the new Vada Dasturji.