The 33rd Valedictory function of the Holiday Programme for Youth (HPY) was held on 26th May 2019, at the JB Vachha Girls’ High School, Dadar, where 160 well-groomed teenagers from Mumbai and across India, were all set to put their best foot forward and explore the world ahead. The dignitaries who graced the occasion included Chief Guest – Kainaz Jussawalla; Guest of Honour – Zubin Mehta; Vada Dasturji Khurshed Dastoor; Er. Rohinton Pavri; Chairperson of the Valedictory function and BPP Chairman – Yezdi Desai; BPP Trustees – Armaity Tirandaz, Xerxes Dastoor and Viraf Mehta; and BPP CEO – Cawas Panthaki. 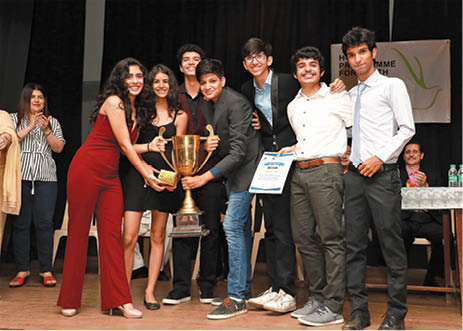 Hosted by Kaizeen Jehangir, the evening commenced with a short prayer by Er. Rohinton Pavri, invoking the blessings of Ahura Mazda on all the youngsters and invitees present. In her address, the core and strength behind HPY, mentor Diana Marfatia, welcomed all and sharing her sense of pride in being the mentor and leading yet another chapter of the Parsi gen-next, saying, “When a team outgrows individual performance and learns team confidence, excellence becomes a reality.” She expressed delight at HPY completing 33 glorious years and spoke highly of the current batch of teenagers, saying how the various activities and projects through the 28 days had seen confidence replace anxiety and knowledge replace ignorance, with new lifelong bonds of friendships formed. A special mention was also made of the Blood Donation Drive where participants collected a record 330 bottles; as also for the T-shirt and Saree collection drive, HPY collected 16,356 t-shirts and sarees, which were donated to various NGOs. 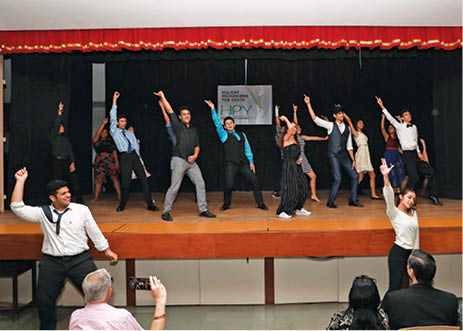 BPP Chairman Yezdi Desai spoke about the importance of prayers, visiting the fire temple, reading newspapers to garner general knowledge and very importantly, respecting one’s parents. He introduced the Guest of Honour, MD of Uniforms Unlimited –  Zubin Mehta, ex-HPY-ite himself, as a good example of a brilliant Parsi entrepreneur who advocated, “Strive for excellence and success will come running behind you,” and wished all the teens the best for the future. Chief Guest Kainaz Jussawalla felicitated the organizing team for their efforts and Khushnuma Daruvalla felicitated Diana Marfatia for being a wonderful guide, mentor, friend and their biggest support system through the years. Zubin Mehta felicitated the back-office staff of the school for doing a great job. 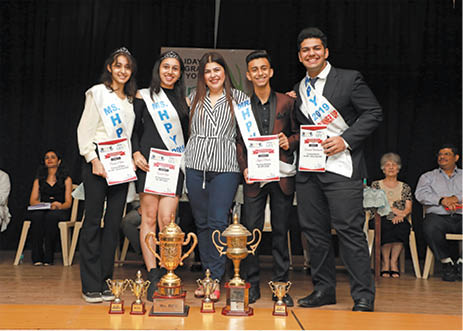 Chairperson Yezdi Desai introduced Chief Guest Kainaz Jussawalla as a noted author, lifestyle blogger and social influencer. Addressing the audience, Kainaz stressed on the three ‘Fs’ of life that lead to success – namely – Family, Friends and Faith. She urged the teenagers to keep the fire burning in their hearts as small things come in the best of packages.

Current HPY participant, Delzeen Singpurwalla, shared her experience saying the flight of their lives had just taken off, even though HPY has ended. She said that it taught every youngster to speak their mind and express their thoughts, not be judgemental, work together as a team and most importantly making life-long friends through random activities. Finally expressing her gratitude, she thanked the entire team for the best days of their lives. 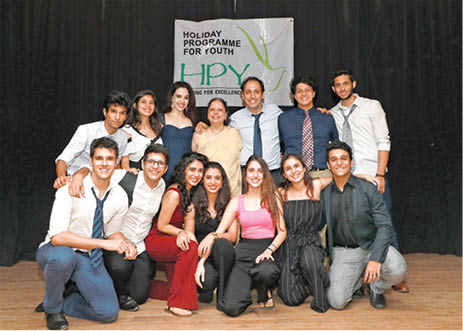 Floral tokens of appreciation were presented to the dignitaries by the organizing committee. Diana thanked Banoo Makoojina, Principal of JB Vachha High School, the Chairman, Trustees and members of the Managing Committee who generously gave the school premises yet again to conduct HPY successfully for the fifth year in a row.  The current participating batch of HPY 2019, the organizing committee along with Diana Marfatia sang the HPY song.

The prize distribution was conducted by Diana and the awards were given by Kainaz Jussawalla, along with Zubin Mehta. Various awards were given for academics, debates, sports, dramatics, fashion show, blood donation trophy. BPP Chairman Yezdi Desai personally contributed twenty thousand Rupees, as prize money for the hard work put in by all the groups for a very successful blood donation drive. Numerous other awards were given for best participants, including – ‘Mr. HPY’ – Zayan Dholoo; ‘Ms. HPY’ – Azmeen Aga; ‘Mr. HPY Runner Up’ – Taronish Vandrewalla; ‘Ms. HPY Runner Up’ – Deanna Elavia; and the ‘Best Group Award’ to team Performers.

Jeyhaan Carnac gave the vote of thanks after which the batch of HPY 2019 along with the Organizing team put up an entertainment programme comprising song and dance performances. The function ended with ‘Chhaiye Hame Zarthosthi’ followed by the National Anthem.