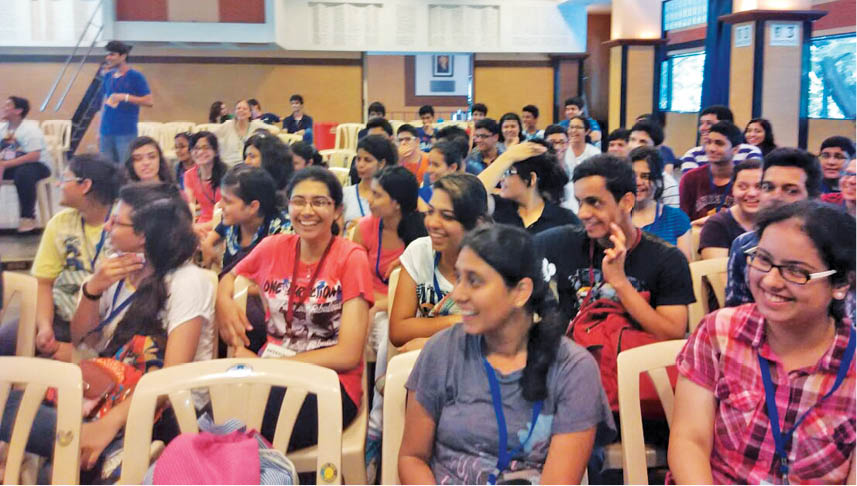 ‘Jiyo Parsi’ – the Government of India’s undertaking which supports our community’s efforts in arresting the declining Parsi population and aid in its increase – has, since its launch in 2013, spearheaded numerous successful campaigns and initiatives. It has provided counselling and medical treatment to married Parsi couples and has aided in adding 191 babies to the community count. Over the past couple of years, Jiyo Parsi campaigns have been increasingly assertive and effective in persuading Parsi families to grow in size, while reassuring them of their support. Stepping it up another level in 2019, the dynamic Jiyo Parsi team, headed by Dr. Shernaz Cama – Director, PARZOR, has now joined hands with India’s leading marital portal, Shaadi.com, with the aim of facilitating Parsi marriages with the brand new ‘Parsi ShaadiApp’ due for launch early next month!

Parsi Times is delighted to share with our readers an interview with Dr. Shernaz Cama and Pamit Anand, VP and Business Head, Shaadi.com, bringing you all the information on this brand-new venture and the soon-to-be-launched ‘Parsi ShaadiApp’.

PT: How did the idea of the App come about? Tell us about the App.

Pamit Anand: Founded in 1996, Shaadi.com’s objective is helping people find happiness. Interestingly, one of our early success stories was a Parsi couple, who told us they were initially reluctant to join an online platform as they were looking only for Parsis, and being a small community they weren’t sure if they would find their partner here. That’s when Shaadi.com decided to have a dedicated platform at a community level. Our data indicated that the Parsi community was rather underserved, albeit active. Hence, we decided to launch the Parsi ShaadiApp, exclusively for the interest of Parsi’s worldwide. 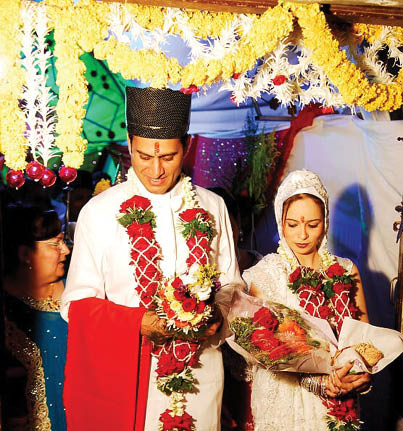 The Parsi ShaadiApp comprises over 1,700 profiles, giving singles Parsis a chance to meet their perfect partner, from around the world. 50% of those who found their matches on Shaadi.com 50%, did so within a year! ParsiShaadi.com empowers singles to choose independently and go through the process discreetly. You can set preferences in terms of location, age, occupation, etc, and will be shown matches from within the community that suit your preferences.

PT: What mantra empowers JP into spearheading new initiatives like this App? Kindly share your success rate with the Community.

Dr. Shernaz Cama: You will discover the whole story on the 6th of July, when we launch the App, but in brief, JP believes in the mantra ‘Yes, We Can’.

There have been 191 births till date – considering that over 20 years of data, only 200 babies have been born on an average each year – this is a healthy sign in terms of increasing the percentage of births. We have provided couples support for over 90 elderly parents/grand-parents in just one year, while we support 125 children through the Child Care Scheme. We are looking for more Care Givers as we have a good scheme which will provide both, income to senior citizens and trustworthy attention to children in a home environment. Our workshops and presentations have a nation-wide presence including villages like Vansda to large cities, and have been covered by national media as well. Our 2019 Jiyo Parsi calendar has also been a great hit.

PT: Based on research, what are the main issues plaguing the Parsi community related to marriages?

Dr. Shernaz Cama: Once a community gets very Westernized, the idea of anyone ‘helping’ to find a partner seems unacceptable. Despite the minute demographic in the marriageable age, finding a match is difficult. It’s rare to find Parsis at your workplace; you work long hours and rarely have time to socialize. You would prefer marrying a Parsi but sometimes expectations are unreasonably high. All these are reasons account for fewer marriages, with over 30% of our population remaining unmarried.

Then there’s late marriages – Parsi parents do not face the typical social pressure as their Indian counterparts to get their children settled at the ‘right’ age. In fact, they often believe that their children should not marry, till they have all the material benefits possible and sometimes, even discourage children who have found a partner who may still be studying or settling into a career. Instead of looking at the potential in a match, they want everything perfect. Education is very important in our community, but with degrees at higher levels, often requiring work experience, the whole process of ‘settling down’ has changed. Our attitudes need to change with the times. Even abroad it is common to see one partner supporting a couple, when the other is doing perhaps a Doctorate. We should think of supporting each other in a relationship, rather than putting off marriage till it becomes too late.

Of later the increase in the number of divorces has become a universal phenomenon. We need to work harder to save marriages. Intolerance, aversion to adjustment, dislike of living in a joint family, lack of support in saving a marriage, a stigma attached to going in for marriage counseling are all reasons why we unfortunately have an appallingly high divorce rate within the community.

PT: Could you share Jiyo Parsi’s (JP) evolutionary journey towards becoming a holistic platform for the longevity of the Parsi Community.

Dr. Shernaz Cama: That’s a long story! JP started with the realization that new medical interventions in ART (Assisted Reproductive Technology) could help people who had passed the typical child-bearing age. This led us to our own Parzor-TISS research, which showed that late marriage often contributed significantly to infertility. The reasons for late marriages were sociological, economic and psychological. As we entered a field, we realized the Parsi problem was compounded because we still followed Indian social norms – avoiding having children even if in a live-in relationship, worrying about aged parents, the lack of Social Security, etc. Our Advocacy showed us that all these issues led to almost a fear and certainly a hesitation towards entering a relationship. We began looking at these one by one to create a model we call ‘The Health of a Community’. It encompasses all aspects of social and family life. The Government was generous with economic support to help increase our numbers, and the new Phase was born.

Dr. Shernaz Cama: I’ve been a University teacher for over three decades; my closest relationships are with young people. I sympathize with the issues that make them fearful – like violence, high aspirations,  difficulties of keeping up standards of living in a rapidly changing world, but I want to encourage them by telling them that its always better in life to walk with someone by your side. Go ahead, follow your dreams and enjoy life. Don’t stress the small stuff – honestly, the most wonderful moments in life are Free. It’s not a truism!

For those who are new to the load of marriage, jobs, kids – Ask for help when you need it. Your parents, in-laws, friends are necessary – don’t cut yourselves off. Take time for your relationship – marriage and children can be stressful – take time to nurture your spousal relationship too! Send the kids to your parents and take a mini vacation on a weekend! No one dies if your bookshelf hasn’t been dusted for a week! Enjoy the early years, they pass quickly. Build your marriage to withstand the noise and the silence – they both have their advantages. Above all, have faith in your own strength and instincts.

I urge Parsi elders to be more supportive of their children, be it in their choice of a partner or in baby-sitting and helping out, while the younger members are busy with marriage and child rearing. Above all, don’t push your expectations onto your children and grand-children. The old Parsi adage about grand-children being the ‘vyaaj’ or interest on your savings, is true! They can be your permanent passage to joy and youthfulness. So encourage your children to marry young, that way you can be a favourite friend to your grand-children!

Here’s looking forward to the launch of the ‘Parsi ShaadiApp’ and hoping that it will in fact prove to be the digital solution which will help alleviate issues related to geographical and time constraints which inhibit our eligible singles from meeting their preferred matches! Parsi Times will keep you updated about the launch of this fab new App! Watch this space…