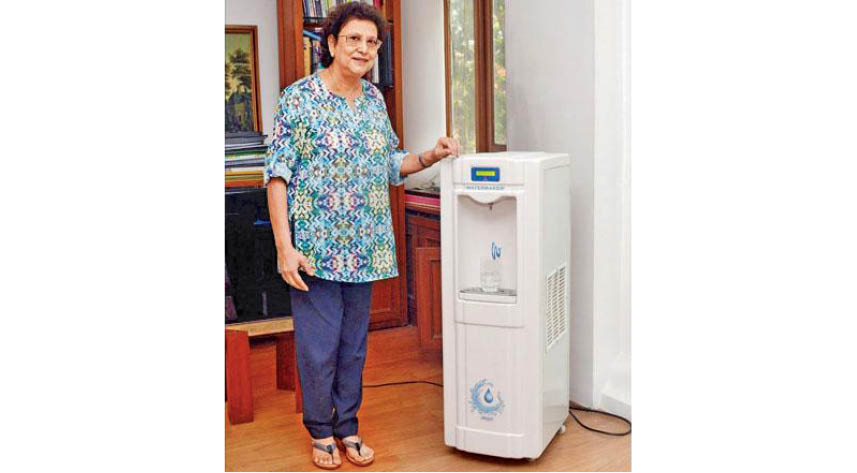 Mumbai’s Meher Bhandara has been at the forefront of launching a pioneering technology that makes water out of air. 67-year-old Meher is one of the founders of WaterMaker (India) Pvt Ltd, an organisation that manufactures ‘Atmospheric Water Generators’ (AWG), which employs a technology that uses optimised dehumidification techniques to extract and condense moisture in the air to produce purified drinking water. The equipment is easy to use – essentially plug and play machines which require electricity to condense, collect, filter and dispense water. Since it relies on atmospheric moisture, the machine functions best in coastal areas that have high humidity, explained Meher to the media.

In 2009, Meher Bhandara set up the world’s first rural atmospheric water installation – a 1,000-litre machine in Jalimudi village, Andhra Pradesh, for its 500 inhabitants. It has since been installed as a CSR project by many organisations in urban and rural India.

The Bhadara family first chanced upon the technology in 2004 when her brother got talking to Dan Zimmerman, a co-passenger at JFK airport in New York, who got talking about the invention of development of this technology and discussed the need to take it further. Knowing that India could do with this technology, the Bhandara family collaborated with him to manufacture and market AWGs in India. Meher, an arts and humanities person without a science background, took on the challenge and learnt the technology from scratch enough to further create smaller, soon-to-be launched home models which can produce 25 litres in 24 hours! The home units currently cost a steep Rs. 45,000/- but will get economical once the manufacturing volumes increase, explained Meher. Funding for the projects come from companies, NGOs, and philanthropists. “We take water for granted. But there are so many who are deprived of it. The initiative is our way of contributing to society,” said Meher to the media.

Meher’s message to the world is simple yet profound – ‘Every drop counts. NO water, NO life. Save water!’