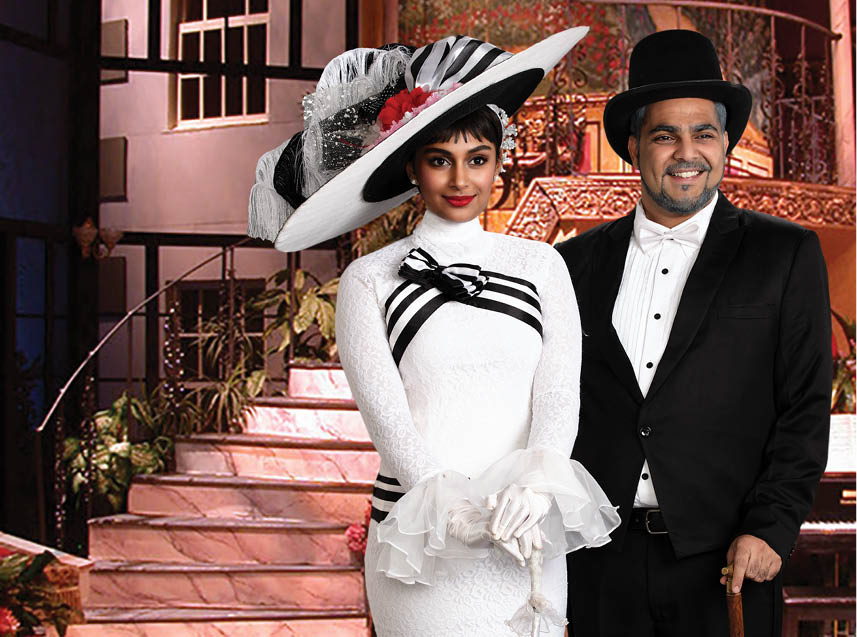 Raëll Padamsee’s ACE Productions brings Broadway to town! Premiering ‘My Fair Lady’ – the international musical – live on stage in an over the top mega production with a cast of over 200 people including a blend of children from marginalised backgrounds!

To be staged at The Jhamshed Bhabha Theatre this July, this musical will present a state-of-the-art production with extravagant sets, lights, specifically designed costumes, magnificent props and a glorious cast comprising Kira Narayanan playing Eliza Doolittle and Varun Narayan playing professor Higgins. Both these fabulous actors have played huge rolls in mega Disney productions like ‘Aladdin’ and ‘Beauty And The Beast’ and are a delight to watch on stage.

Theatre veteran Sabira Merchant will also be seen gracing the stage with her flamboyance for this musical.

Boasting classic songs like ‘I Could Have Danced All Night’, ‘The Rain in Spain’, ‘Wouldn’t It Be Lovely’ and ‘On the Street Where You Live’, this musical is definitely the much sought after audio and visual extravaganza!
Produced by Raëll Padamsee’s ACE Productions, ‘My Fair Lady’ has been directed by Karla Singh, choreographed by Chirag Agarwal with Vocals Director – Marianne D’Cruz Aiman!
Watch out for this jubilant revival, where the most beloved musical of all times comes alive in all its glory!