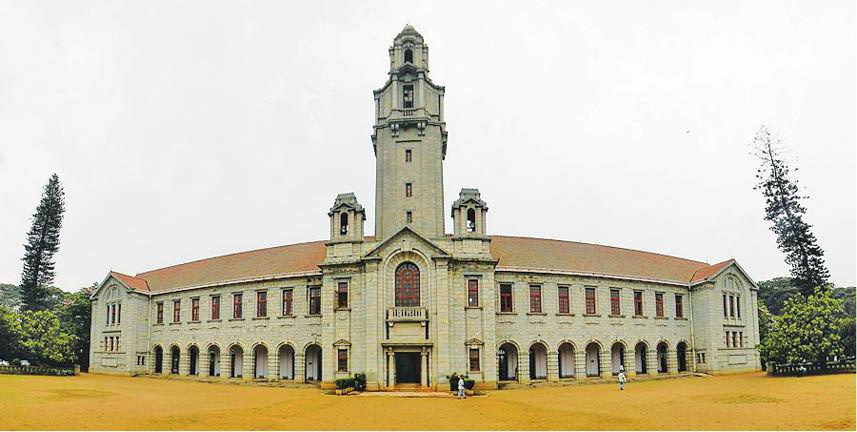 Established on 27 May, 1909, 110 years ago, in Bangalore, the Indian Institute of Science or IISc, was conceived in the 1800s by India’s foremost businessman and philanthropist – our own, Jamsetji Nusserwanji Tata. The then British Government in India passed a vesting order that established the Indian Institute of Science (IISc) in Bengaluru on 371 acres of land that the Mysore Durbar had donated.

Today it is India’s leading public institute for research and higher education in Science, Engineering, Design and Management. It is a premier scientific research institute in India and has been ranked first in the ‘university’ and ‘overall’ category for the last three consecutive years (2016-18) in the NIRF rankings (by the Government of India). Locally known as ‘Tata Institute, it has been the birth-place of a generation of Indian leaders and visionaries, who have gone on to head the best organisations and institutions in the country. From Homi Bhabha and Vikram Sarabhai to U Ramamurty, India’s most brilliant minds have been associated with this legendary institute. Founded then with just two Departments – ‘General and Applied Chemistry’ and ‘Electrotechnology’; today, the IISc has over 40 departments across six Sciences and Research divisions.

IISc became the first and the only Indian educational institute to feature among the Top 10 Global Universities (at the eighth position). IISc is renowned for some of its finest, innovative and pathbreaking achievements that made India proud globally. IISc is known for launching Aerospace Research in India – setting up the Department of Aeronautical Engineering in 1942. Prestigious Names Associated with IISc include nuclear physicist – Homi Bhabha; Founder of India’s Space Programme – Vikram Sarabhai; Vasudev Aatre – former head, Defence Research and Development Organisation; and India’s Nuclear Weapons Program – Rajagopala Chidambaram. In1933, Nobel Laureate CV Raman founded IISc’s Department of Physics, offering the largest number of Doctorates in Physics in India (110 since 1998); rendering IISc as the leading institution for cutting-edge research in Physics.

IISc has developed several eco-friendly solutions including methods of mass-production of trees, water sustenance, forest restoration, etc. IISc is known for its pathbreaking innovations assisting human life including the ‘LifeBox’, which extends the preservation time of the heart; and a non-invasive heart condition detector; malaria detector, as also major headways in IT.