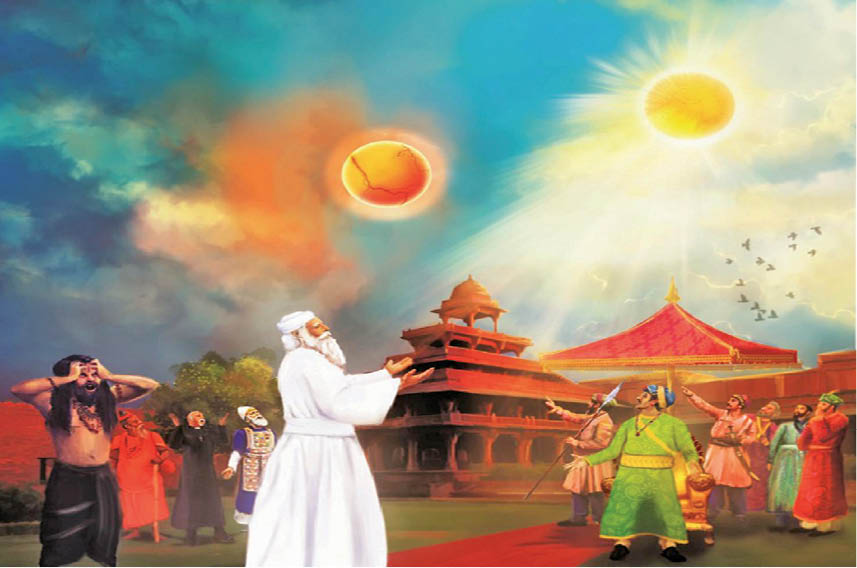 The Bhagarsath Anjuman of Navsari has elected seventy-four-year-old Ervad (now Dastur) Kaikhushru Cowasji Ravji as the eighteenth successor to the ecclesiastical seat and title of MeherjiRana. Earlier, the seventeenth MeherjiRana Dastur Kaikhushroo Navroze Dastoor had succeeded Dastur Meherji Dastur Kekobad, in January 2010. This would be an appropriate time to gain a brief yet adequate understanding of the grand spiritual MeherjiRana legacy, starting with the first Dastur Meherjirana all the way up to the eighteenth successor… 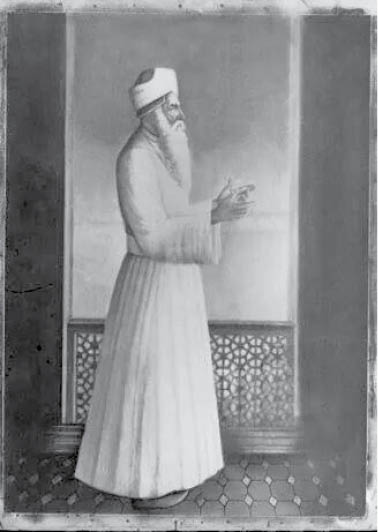 The First Dastur MeherjiRana: was the undisputed spiritual leader of the Parsi community in India during the sixteenth century. He was renowned not just among the Parsis, but also other communities, on account of his piety, vast knowledge and spiritual powers.

The first Dastur Meherji was born in a priestly family at Navsari, in 1514 AD. His father was Rana Jesung (thus the name Meherji Rana). India at that time was under the Mughals. According to one school of thought, Dastur Meherji was a disciple of the mystic saint Azar Kaiwan, whose seat was in Patna. Azar Kaiwan’s disciples were called ‘yaar’ [i.e. (spiritual) friend / (spiritual) helper]. Thus Dastur Meherji is sometimes referred as Dastur Mahi-yaar (‘Mahi’ – the fish that can see the smallest piece of object even when it is dark). The First Dastur Meherji was adopted by his paternal uncle, Vaccha Jesung as a ‘palak’. It is for this reason that in our ceremonies his name is invoked as ‘Dastur Meherji, Ervad Vaccha’. The behdins of Navsari presented a piece of land near ‘Piplla Wadi’ in 1573 to Dastur Meherji in recognition of his service to the religion and community.

Influence on Akbar the Great: The First Dastur Meherjirana is a renowned name in Parsi history and religious tradition mainly because of his very positive influence on the Mughal Emperor, Akbar the Great, who had great affinity for spiritual and philosophical matters. Although Muslim by birth, he was very secular and loved to discuss and understand other religious traditions. Hindu Brahmins and Christian priests would often be invited to his court for religious discussion.

Dastur Meherji had a deep and lasting influence on Akbar – it is believed Akbar first met Dastur Meherji in 1573 when the former laid siege on Surat. They appear to have met at a place near Kankrakhadi (present day Rustompura in Surat). Impressed with Dastur Meherji’s knowledge, the Emperor invited Dasturji to his court in Delhi. Accordingly, Dastur Meherji visited the Royal Court of Akbar in Delhi in 947 YZ (1578 AD). Akbar’s Prime Minister, Abu Fazal, and historian, Badaoni, have also written about Parsi Priests from Navsari visiting the Royal Court around 1577-78 AD. Pleased as the Emperor was with Dastur Meherji’s erudition and piety, he gifted 200 vighas of land near ‘Gelkhari’ in Gujarat, (free of all taxes) for MeherjiRana and his family’s sustenance. It was called ‘Madad-e-Maash’. He also attempted to popularize a new faith called ‘Din-e-Illahi’, drawing from the beliefs and traditions of various faiths including Zoroastrianism. It is said, Akbar had a fire burning 24 hours at his court and his Prime Minister Abu Fazal was put in charge of maintaining the fire. Dastur Meherjirana’s prominence and close affinity to the Emperor gave the Parsis (as a community) national visibility and fame.

In 1579, the priests of Navsari signed a document acknowledging MeherjiRana as their leader and declaring that all religious ceremonies would henceforth be performed only after obtaining his permission. This was the origin of the ‘Gaadi’, or the ecclesiastical seat, of the High Priest of Navsari. The present High Priest, Dastur Kaikhushru Cowasji Ravji is the eighteenth successor to this famous ‘Gaadi’ and title.

Legend of Two Suns: Legend has it that during Dastur Meherji’s stay in Delhi, a Tantrik (magician) claimed that with his occult powers he could make two suns shine in the sky. He challenged holy men in Akbar’s kingdom to respond to this ‘miracle’. In truth, he had, with the aid of certain spells, launched a metal plate in the sky and the sun’s reflection made it appear as if there were two suns in the sky. Nobody was aware of this trick and attempts by many holy men to thwart the magician failed. However, when Dastur MeherjiRana chanted some Avestan manthras, the plate came crashing down, confounding the magician and amazing the whole court! This encounter with the magician has been part of oral tradition for more than four centuries.

Inspired by the drama that unfolded the famous musician, Tansen – Sangeet Samrat (king of Classical Music) and one of the nine jewels (Nav Ratna) at the Royal Court – composed a song in ‘Raag Sarang’ which had the lines, ‘Elahi Parsee Padhe Sho Kabool’, (i.e. By God, the prayers of the Parsee are accepted). Tansen refers to Dastur Meherji with the words, “Lambi lambi dahadee Shah Mehreyari (Mahiyaar or Meherji) tere mukh pi barshat noor” (i.e. Shah Mehriyar, your beard is long, your face is radiant with fame).

The First Dastur Meherji passed away at a ripe old age on Roj Daepadar Mah Asfandarmad 960 YZ (1591 AD), yet, four centuries later, the priests in Navsari still perform his ‘baj’ ceremony every year on Roj Daepadar, Mah Asfandarmad. It appears four years after Dastur Meherji’s passing away, Akbar granted an additional 300 vighas of land to Dastur Meherji’s son, Kaikobad. This was in addition to the 200 vighas of land gifted earlier. It is said that at the Atashbehram in Navsari there is a natural formation (silhouette) in the marble slab on the wall facing the Holy Fire, bearing an amazing resemblance to Dastur Meherji; the turban, long beard and uplifted hands seem quite clear. Though skeptics dismiss this as a flight of imagination, for many, this is Nature’s imprint of a saintly priest who influenced many lives.

The successors of first Dastur MeherjiRana have all proven themselves worthy of his rich spiritual legacy. The most notable among them has been Dastur Darabji Mahiarji Meherjirana (1857 – 1907). ‘Parsi Lustre on Indian Soil,’ by HD Darukhanawala, refers to him as, “The Pope of the Parsis”. Dastur Darabji ascended this spiritual ‘Gaadi’ as the thirteenth successor in 1873, at the tender age of 16. As per ‘Parsi Lustre on Indian Soil’, “The maturity of thought he showed at an early age was remarkable. He scrupulously observed the best traditions of communal and public life and was always generous in appreciation of his opponents.  But his was a crown of thorns.  As the Head of the ‘Samast Bhagarsath Anjuman’, his whole life was spent in troubles and worries and in his staunch fights in maintaining his Anjuman’s and his own prestige, rights and privileges, in spite of his lean resources and poor purse. Through all these difficulties, he never lost heart, nor set aside the ideals and principles which he had made his own.  He always expounded and expressed his religious views fearlessly. The Dasturjee Saheb was the rare embodiment of simplicity, sincerity, selflessness, self-respect, religious orthodoxy and spiritual luster. Pride, pomp, pleasure and glitter of gold dared not enter his threshold……..He sacrificed his all and even incurred debts in fighting the cause of his Anjuman, but at the same time he was very anxious to see that others’ rights were respected and not encroached upon. When the late Seth Nassarwanji R. Tata built the ‘Tower of Silence’, well-known as Tata’s Dokhma, at Navsari in 1878, he had invited Sir Richard Temple, the then Governor of Bombay on that religious occasion.  An Address was then presented to His Excellency which was read by young Dastur Darabji of twenty, and he made such a strong impression upon Sir Richard that the latter described him as a ‘picturesque priest’, the Governor being much impressed by his magnetic personality…………Maharaja Sir Sayajirao Gaekwad of Baroda, who held him in high esteem, had conferred upon him the great honour of First Grade Chhatri-Masal for which the then Sir Jamsetji Jeejibhoy, Third Baronet, thanked the Maharaja personally on behalf of the whole Parsi Community at the dinner given to His Highness at the Ripon Club, Bombay………….On the felicitous occasion of the Coronation of His Majesty King-Emperor Edward VII, he was awarded a Certificate of Merit “as Head of the Parsi Community,”…………..Dastur Darabji first visited Bombay in 1902 when an unprecedented ovation and honour was given to him by all sections of the Parsi Community. On his return from Bombay, an unparalleled reception was given to him at the Navsari Station by the Government and the general public, befitting a royal personage.  Never had Navsari seen such a gathering of her citizens and witnessed so many of the distinguished leaders of various communities, all anxious to pay honour and respect to one who was by common consent the greatest of her sons.”

This is the spiritual legacy Dastur Kaikhushru Cowasji Ravji, as the eighteenth successor to the ecclesiastical seat and title of MeherjiRana, has inherited. May he, along with all the other High Priests of our community, sustain and set high standards of Ashoi (Truth, Righteousness and Purity – in Thought, Word and Deed) and help the community to attain spiritual excellence in day-to-day life.