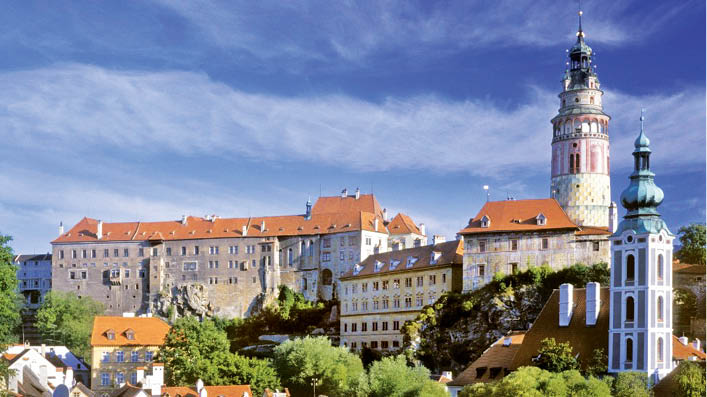 In keeping with the ongoing summer season, PT Writer extraordinaire, Dara Khodaiji presents a hilarious Bawaji Travel Story-Series with the Famous-Four – Darabsha, Ruttimai, Sorabji and Perinbanoo, filled with humour and fun, to kick off that perfect weekend mood! 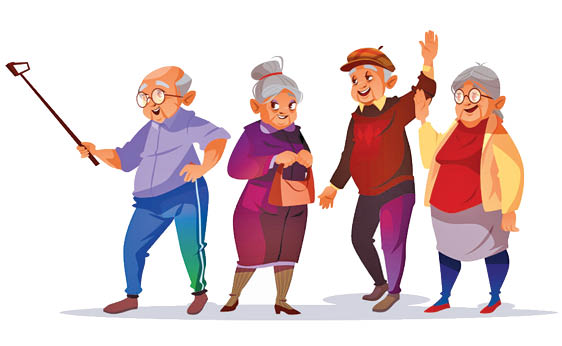 Beer-burping Darabsha, tea-starved Sorabji and their mates – Rattimai and Perinbanoo, are en route to the time-defying town of Cesky Krumlov. One is stuck to the window throughout the journey. The neat and orderly German villages and towns passing by; Villas and other bungalows all painted in pastel shades with trim hedges, well coifed lawns and flower gardens, painted wooden flower boxes on the windows with lacy curtains, and at the rear, lush kitchen gardens  with shrubs of herbs and vegetables; German orderliness at its best!  As miles rolled by, we entered Czech Republic – as gorgeous as Germany, but the houses were painted in slightly louder shades and were more rustic.

Our four Euro-trotters reached the city of Cesky Krumlov (meaning: Czech’s Crooked Meadow), situated in the Southern Bohemian Region of the Czech Republic.  A fairy-tale land, simply mesmerizing! It seems to be frozen in time, in the 17th century! They immediately set off for the 13th century’s Czech Republic State Castle, Chateau Cesky Krumlov. A part of this Gothic castle is built in Renaissance style and a part in the Baroque. This is probably because the castle was renovated a couple of times when it changed hands from the powerful Rosenberg family’s Witigonen branch, to the Eggenbergs and Schwarzenbergs and finally to the state of the Czech Republic. It currently finds itself on UNESCO’s heritage list.

The Castle Tower dominates the scene and has become the best known symbol of Cesky Krumlov. One gets a breath-taking view of the city from the ramparts of the castle. It’s a photographer’s paradise.  Within the castle there are several buildings and palaces, and five courtyards. There is also a very well-equipped and well-preserved Baroque Theatre with an orchestra pit, costumes, curtains and several complete librettos. Darabsha and gang came out of the castle on to the winding cobbled-stone streets. After the heavy breakfast the four had polished off that morning, one thought they would not be able to partake lunch, but the invigorating air and long walk stirred up a good appetite.

Darabsha treated himself to honey-cured ham, fine sausages, blue cheese (a surprise, Sorabji of the least adventurous taste buds did not leave the table) and strong, dark ale, which had a hint of coffee; and a slightly sweet and sour aftertaste. Rattimai had fish and chips and Perinbanu had something that could easily pass off as our Papeta-ma-gosh. Sorabji, after a whiff of the blue cheese, refrained from lunch totally. If ever our quartet thinks of revisiting any place it would certainly be Cesky Krumlov, the picture post card place that would make an ideal setting for a movie on Cinderella or Rapunzel.

Of course Sorab, of the conservative culinary preferences, vowed to bring a packed lunch of ‘poro, rye-no papeto, and theplas accompanied by a smidgeon of pickle on the side. It was time to move on.

Drabsha soliloquized, “Auf Wiedersehen, Cesky, du hast mein Herz gestohlen! (Good-bye Cesky you have stolen my heart away!) Darabsha has been predisposed to drama ever since he was made to say, “et tu, Brute!” in a tableau he had participated in his school days. Now he presumes to be Lawrence Olivier. “Get a move on, Oliver or else I’ll tell the driver to move on without you!” rebuked Rattimai. She was in a foul mood since Darabsha met with nolle prosequi, her life-long desire to buy a set of expensive Bohemian crystal wine glasses. “Not practical, Ratti old girl,” he said, “we will have to lug them wherever we go and the probability of breaking the ruddy things is rather high, so in your own words, dear girl, ‘put a lid on it’ and buy a nice picture postcard. Quite safe, what!” Nothing infuriates Perinbanoo more than Darabsha’s pseudo British accent. Perinbanoo retorted with words that are not printable in a family newsweekly, so we will let that be. Rattimai concurred with her sis-in-law.

On to the bus, a short power nap and the four were on our way to Praha (Prague) the capital city of Czech Republic, about 170 kms to the North. Darabsha smugly wrote in his journal that night, “Phew! Came quite close to buying the Bohemian wine glasses. Saved a hell of a lot of Euros to buy that 25-year-old bottle of Scotch and the decanter of cognac I saw in Munich. Cheer up old boy – you crafty ol’ so and so!!”

Rattimae’s diary entry: (some harsh words for ……. no prizes for guessing …. of course, Darab sans ‘sha’) “That miserable stingy Shylock. Buy a postcard eh! I’ll fix him at the duty-free!!”

Sorabji: “The things people eat! That Darab (no ‘sha’) spreading that goop he calls stinking cheese on the toast and eating it with relish! O, for a cup of good strong oolong!”

Darab is on everyones’ hit list! Err… Darabsha I mean!!

Till next time, toodle-oo!