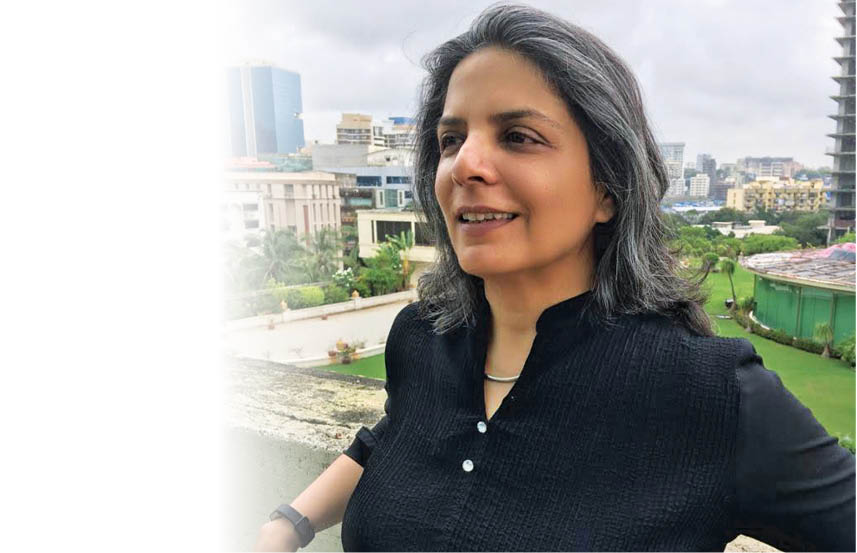 Bringing great pride and joy to the Community, Bangalore’s Sherry Bharda, Founding Member of yFX (Yash Raj Films’ visual effects division), has been invited by the prestigious, global apex body – the Academy of Motion Pictures Arts and Sciences (the Oscars) to join as a member. This puts Sherry in an acclaimed group of pioneers in the field of visual effects. As a seasoned VFX expert, Sherry has worked on innumerable films in her career, including Tiger Zinda Hai, Sultan, Thugs of Hindostan, Uri: The Surgical Strike and Bharat.

Over the past two decades, Sherry has accumulated numerous achievements to her credit. She began her career as CG artist and graphics supervisor at Western Outdoor, a premier post production studio. Here she worked on thousands of commercials and films including Mohabbatein, Mission Kashmir and the Oscar nominated Lagaan. She had a stellar run as Creative Supervisor at Tata Elxsi’s Visual Computing Labs for fourteen years. As one of the key VFX supervisors, she has to her credit films like Rang De Basanti, the Dhoom franchise, Ek Tha Tiger, Taare Zameen Par, Jodha Akbar, Bhaag Milkha Bhaag, and Neerja amongst many others. Her international visual effects projects include films like The Darkest Hour, Gulliver’s Travels, Jack the Giant Slayer and HBO’s TV show Luck. She was also the Finaling Supervisor on two Disney productions – Roadside Romeo, India’s first full-length 3D animation feature; and Arjun, a 3D animated feature.

Sherry joined yFX in 2016 as a founding member, and has gone on delivering stellar VFX. With a great eye and a solid foundation in the wide gamut of disciplines encompassing this field, She and her team have gone on to receive several top industry awards for their pioneering work. They have won the President of India (National) Award thrice, and she has also been nominated at the VES (Visual Effects Society, USA) Awards for Outstanding Work in an animated feature film. That she has been invited to join the world’s most prestigious film Academy, is a duly deserved honour, as Sherry Bharda is a game changing professional and one of the key individuals who have been responsible for the growth of VFX in India.

Speaking to Parsi Times, the media-shy Sherry says, “It’s an honour to be recognised by the Academy of Motion Picture Arts and Sciences. It’s appreciation of the highest order when a global body of your peers acknowledges your contribution to the field you’ve dedicated your life to for the past 25 years.”

Sherry grew up in Bangalore, schooled at Bishop Cottons before moving to Mumbai and completing her degree from Sydenham college. “I loved art and film, and didn’t really know options available to me – during those times – where I could make a career of my hobbies! It was by chance that I stumbled into this world of Computer Graphics and Visual Effects. Once I got there, there was no looking back! I literally learned on the job, there was no formal training in those days, so we learnt everything by practical knowledge; it was scary, but I guess jumping off the deep end right at the start prepares you for pretty much every challenge that comes your way today!”

“My dad is my greatest inspiration. His values and beliefs in the religion are so strong, the most basic tenets of our faith (Good Thoughts, Good Words and Good Deeds) have been the guiding principles of my life because of him. My mum has always motivated me to keep pushing myself to achieve greater things,” she shares.

And what is it that keeps her going? “Smile! Always smile, say good morning and thank you. So simple, so important!”

Parsi Times congratulates Sherry on behalf of the community as she joins the ranks of greats like Winston Duke, Elisabeth Moss, Letitia Wright, Tom Holland, Gemma Chan, Lady Gaga and Adele. In the words of her proud father, Phiroze Bharda, “For those of us who know her and her work ethic, this nomination comes as no surprise. For those who don’t, you have now been introduced!”