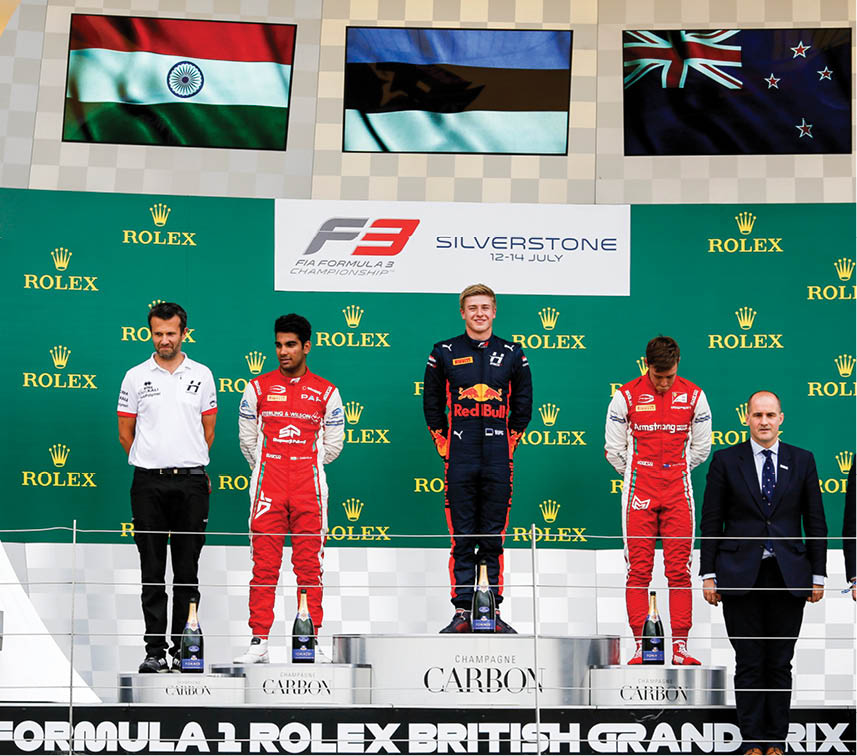 Loses Championship Lead Due To DNF In Race 2 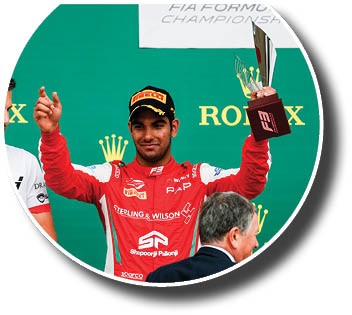 Indian racing sensation, Jehan Daruvala, made history yet again, when he became the First Indian to ever lead an FIA Formula 3 Championship! Jehan bagged his fifth podium as he clinched second in an action-packed feature race at the famed, Silverstone circuit, in the UK. Jehan moved two points ahead of Russian Robert Shwartzman.

Jehan qualified third, a mere tenth behind Estonian racer, Juri Vips who bagged pole with a laptime of 1:43.902. Jehan’s Prema Racing teammate Marcus Armstrong from New Zealand was second, just 0.016 seconds ahead of Jehan. The ultra-competitive grid had seventeen of the thirty racers, within just one second!

“Race 1 was good, I had quite good pace. It was great to get onto the top of the championship standings. For the second race, not finishing the race was a disappointment from my side but this kind of stuff happens in racing. What I’m pleased about is that the speed was good and we were fighting for the podium again in the sprint race after starting seventh due to the reverse grid. I’m not going to put myself back at all, I’m keeping my head down and keep attacking for the next rounds.” said Jehan after the race.

Jehan’s fifth podium in seven races and his points for fastest lap, propelled the Indian star to the top of the championship standings, after the feature race. The championship lead did not last long unfortunately, as things fell apart on the last lap of sprint race for Jehan. As per reverse grid regulations, Jehan started seventh and worked his way up into fifth. An intense battle between positions third, fourth and Jehan in fifth, tragically saw Jehan clip the rear of Piquet’s car, which put both drivers out of the race on the last lap. While Leonardo Pulcini won the race, Jehan not finishing the race saw him fall from the championship lead to second in the championship standings. Jehan will race again on 3rd and 4th of August, 2019, at the Hungarian Grand Prix weekend.