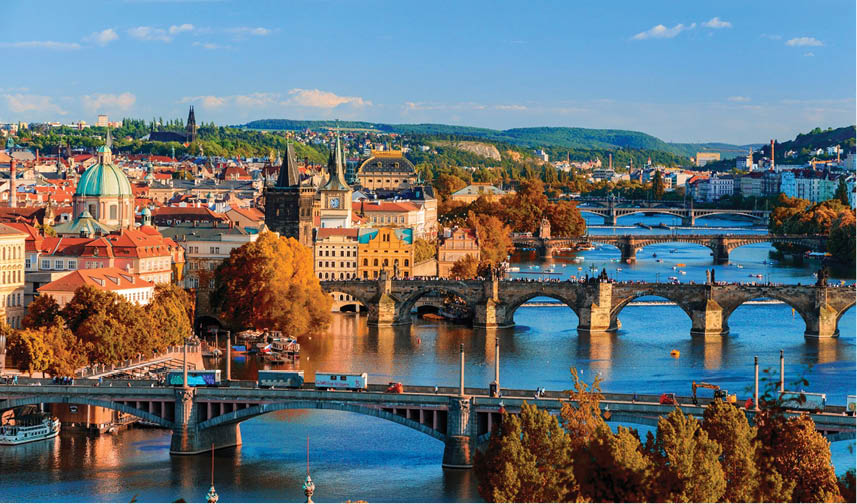 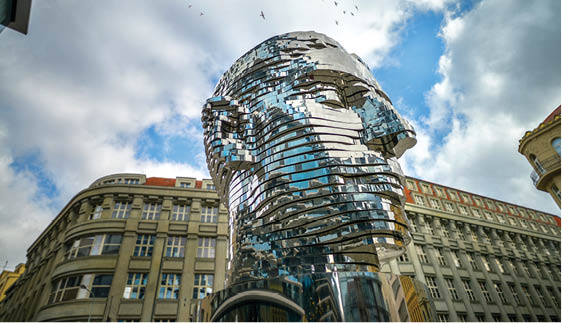 In keeping with our readers’ demand, PT Writer, Dara Khodaiji continues his hilarious Bawaji Travel Story-Series with the Famous-Four – Darabsha, Ruttimai, Sorabji and Perinbanoo, filled with humour and fun, to kick off that perfect weekend mood!

A pleasant drive from Cesky Krumlov with our four-on-foreign-soil turned out to be a pleasantly smooth ride of three hours to Prague (or Praha as it is called), the Capital city of Czech Republic. Trudging up to the castle on cobbled-stone roads earlier in the day had taken its toll. Totally exhausted, our quartet rested for a couple of hours in the hotel then before heading out to dinner. Sorabji, famished by then, due to his abstinence from lunch (remember the blue cheese episode?), refused to go to any fancy restaurant where Darabsha had wanted to try some of the Czech specialties… but hunger can turn the most timed soul into a violent one. It was now Sorabji’s turn to meet the Darabsha’s proposal with the firmest nolle prosequi in the sternest of the tones, and so they all dined on burgers and chips at MacDos.

Prague is a beautiful city bisected by the Vlatva River, just like Paris is bisected by the River Seine. It has acquired a nickname ‘The City of a Hundred Spires’. One can see several church stee

ples and spires from anywhere. It abounds in churches, palaces, museums and buildings in almost every conceivable architectural style – Gothic, Renaissance, Rommanesque, Baroque, Victorian style, right down to the stark bleak buildings with statues of strong muscular figures reminiscent of its communist past, and the modern and post modern minimalist steel and glass structures.

Sorabji and Rattimae, swathed in winter woolies in the dead of the Bohemian summer, attracted more than a couple of glances.

But it was still quite cold for them, and a cuppa coffee could not do for Sorabji what a good fudna-ni-chai could have, but that’s asking for stars. Sorabji was already homesick for good ol’ Mumbai, where he could get a good cutting before you can say ‘Earl Grey’!

In Praha one moves around in bus, trams, metro and funicular. The metro stations are very colorful, picturesque and beautiful, and some very futuristic. But the best way to enjoy the city is to walk. If you’re gracing Praha for a short stay, make it a point to visit the Old Town Square, the Astronomical Clock, the Prague Castle (Hradcany) and the Charles Bridge. The town square flaunts beautiful edifices in Gothic style – the highlight being the astronomical clock ‘Orloj’, made in 1410, comprising three principal parts –  The Dial, indicating the positions of the sun and the moon, displaying many astronomical details; The ‘Walk of the Apostles’, where one sees the figures of Apostles, and a skeleton representing death; and the third part is the Calendar represented by medallions symbolizing the months. Sorabji taunted Perinbanoo, “Perin tu toe dar 3 mahine  ghadial bagari nakhe. Jo, this town is using the same clock for last 610 years. No repair no kharcho!” Perinbanoo shot back a dirty look with, “Tari chai after chai ad infinitum, ae kharach nathi?”

On they moved to Hradcany, the Prague Castle, the current seat of the President of Czech Republic, originally the seat of the rulers. Over time innumerable churches and palaces have mushroomed around it; also 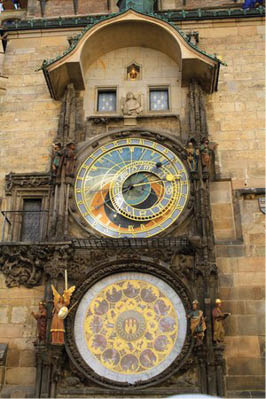 nearby is the Golden Lane with tiny houses originally occupied by goldsmiths. Charles Bridge, once known as the Stone Bridge or the Pr

ague Bridge, constructed in fourteenth century, was then the most important link between the Prague Castle and the Old Town. On the bridge, lining both the sides are the statues of several saints.

St. Vitus, St. Wenceslas and St. Adalbert Cathedral is situated within the Prague Castle and is commonly known to everyone as St Vitus’; it’s a magnificent Gothic Cathedral. We enter into the awesome Nave which rises into finely decorated ceiling with intersecting ribs that give a net-like impression. The most beautiful area in the cathedral is the chapel of St. Wenceslas where the relics of the saint rest. The walls are decorated with over a thousand semi-precious stones. There are also paintings depicting the passion of Christ. This room is not open to the public – one can only view it through the doorways.

Unfortunately Darabsha could not visit the house of great writer, Franz Kafka, whose works he had read during his student days, and his books had left him wondering about surrealistic existential problems. ‘Bizarre’ may be the right word for it. Anyway, Darabsha insisted upon visiting the statue of Kafka, ‘The Metamorphoses’, near the Wenceslas Square – Modern architecture comprising a revolving structure, constructed with moving parts of steel plates, that shimmer reflecting the sunlight as it rotates. The face dissolves into a blob of shiny, simmering steel and slowly rotates back forming, or rather metamorphosing into Kafka’s face, justifying the sculpture name ‘Metamorphoses’ – truly the most unique statue in the world. 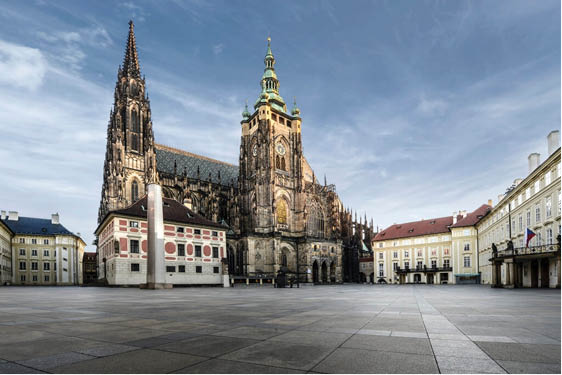 That night, to the consternation of Sorabji, the four dhansakias dined at a quaint local restaurant, on typical Czech cuisine. When travelling in India or abroad, Darabsha always tried out local delicacies that he had read about in his Bond-type books. Breakfast is a sumptuous meal across Europe and food in most East European countries is almost similar. In Prague they had Roast Duck, which is a confit of duck, quite different from the confit d’oie that Darabsha tried in France, which was slightly gamy. This duck was juicy and tender and served with the sauerkraut – a common accompaniment with most of dishes in Germany, Austria and Czech Republic. Sorabji was finally convinced to try a potato soup with mushrooms and with crusty bread that he smothered with lots of butter. It was served with a poached egg atop like the American chop-suey of Mumbai! Sorabji refused to even taste the confit! Dessert was a plate of ‘trdelinks’, rolled strips of sweet, spiced, cinnamon pastry. “Karak chai sathe majheni lage,” said Sorabji.

Darabsha wanted to have a taste of the Prague’s nightlife but was voted down by the ladies. Sorabji maintained a domesticated silence. That night Perinbanu wrote in her diary, “That tea-obsessed hubby of mine is ruining my holidays with his cribbing for lack of good ‘Karak’ chai! All else hunky-dory!”

Darabsha, smug and happy – “Glad, the holidays are going fine.”