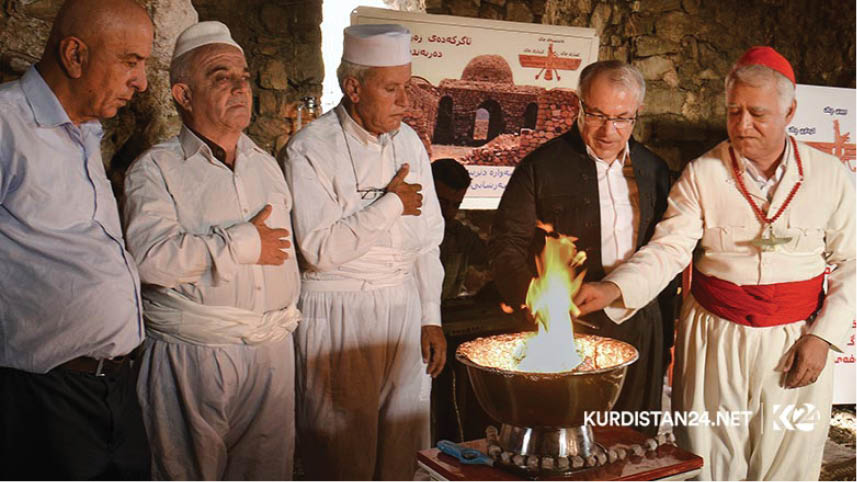 On 15th August, 2019, a local organization in Kurdistan, dedicated to the Zoroastrian religion and philosophy, held a special ceremony at a fire temple located in the region. Members of the Basna Organization, whose efforts usually focus on preserving local archaeological sites, performed the rite in Sulaimani province’s town of Darbandikhan. During the event, participants observed a number of holy rituals and prayed aloud to the attendees. Organizers also offered a special award to the mayor of Darbandikhan for his efforts in protecting such ancient sites as the temple during his tenure.