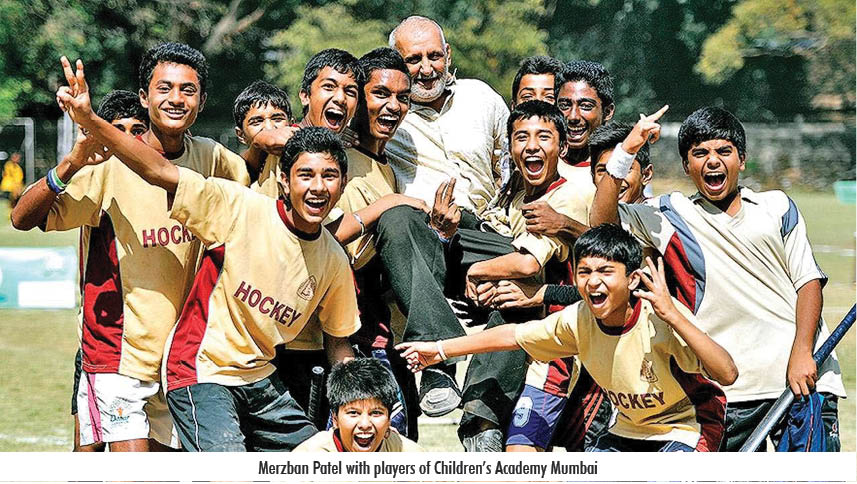 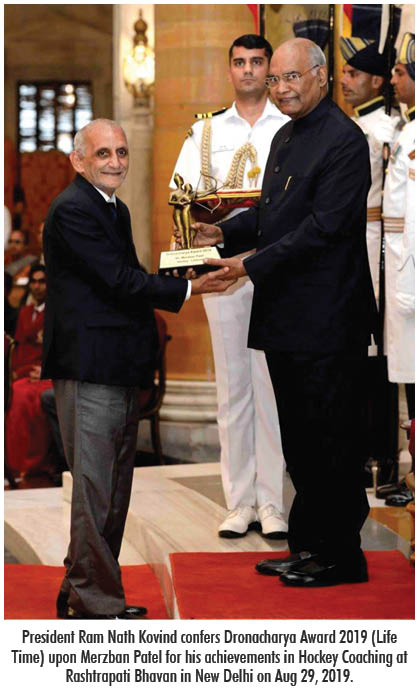 Last week, Parsi Times was delighted to inform readers that our very own 69-yar-old Merzban Patel, Mumbai’s foremost youth hockey coach, fondly known as ‘Bawa’ in the circuit, had been recommended by the Selection Committee for the National Sports Awards (2019), to be felicitated with India’s most prestigious award in the field of Sport – the ‘Dronacharya Award for Lifetime Achievement’. On 29th August, 2019, ‘Bawa’ did all of the Bawajis and the nation proud, when he was felicitated with the prestigious Dronacharya Award, at Rashtrapati Bhavan, New Delhi, by President Ramnath Kovind, at the National Sports Day Awards Ceremony. Last year, he was the recipient of the Shiv Chhatrapati Award by the State Government.

The entry for the Dronacharya Award for Mumbai’s beloved hockey coach was sent in by one of his former students, who has played hockey at the highest international level. Patel has selflessly and relentlessly dedicated four decades of his life to spotting and grooming hockey talent and has gone on to deliver Olympians, internationals and multiple state level hockey players from Mumbai through his club Bombay Republicans. Additionally, he also mentors a number of children, including many underprivileged ones, alongside nurturing budding hockey players at the Children’s Academy.

Patel is on the ground year-round, for a minimum of four hours daily – thanks to his passion for the national sport! Former Indian Hockey Captain and Olympian, Viren Rasquinha, who is Patel’s protégé, claimed in a media report that Patel has even been known to have sold off his possessions to give young, poor, talented kids the chance to play hockey. “Bawa eats, sleeps and breathes hockey!” he said.

The much deserved award comes to ‘Bawa’ in recognition of his uncompromising and steadfast dedication over the years – despite the absence of a structured academy, ground or especially financial assistance which is crucial to effective coaching. Patel has run the Republicans Club on loan until Godrej stepped in with its support, seven years ago. Patel’s current focus is on coaching school kids at Children’s Academy, where he is as strict with them as he is loving, but from where he is quite certain to produce more national hockey players for India.