2019 marks the seventh year that the Muktad prayers have been successfully performed in the Kanpur’s Agiary –  the B N Javeri Dar-e-Meher, by the Behdin Pasbans affiliated to the M F Cama Athornan Institute Ex-Students’ Association. They have been trained excellently under the able guidance of respected Er. Dr. Cyrus Dastoor and other mentors. 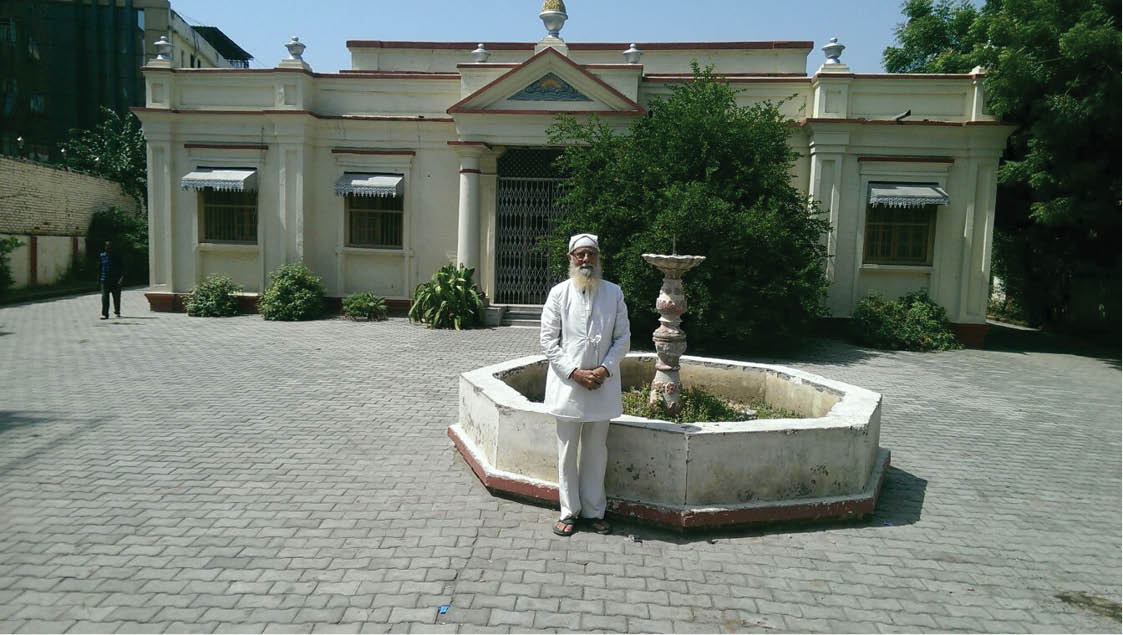 The Behdin Pasbans have been coming to Kanpur since 2013 to look after our sacred Atash Padshah with great care and devotion. They come from Mumbai, Navsari, Surat and Umbergaon/Davier to Kanpur, in turns, each of them staying for two or three months. The Parsis of Kanpur are truly indebted to them all for keeping our Agiary functioning. Their praying and intonation are a joy to listen to. We are most grateful and obliged to them!

This year, Er. Marzban Eruchshaw Wadia (President of the Davier Parsi Anjuman), performed the ten days’ prayers for the Muktads. He also performed the Gatha Jashans on the five Gatha days, much to the appreciation and thankfulness of all Parsis in Kanpur, for his efforts. During the Muktads, he performed four Boi ceremonies, along with one Fravakshi, two Afringans and six Satums daily. During this entire period, he also performed a total of eight Jashans in his melodious voice. We are indeed most grateful to him for having done an excellent job!

On the auspicious occasion of Parsi New Year, most of Kanpur’s Parsis gathered in the Agiary Hall and attended a Jashan performed by Er. Marazban. After the Jashan, he spoke on the meaning and importance of the Gathas. Thereafter, a contributory dinner was held at Kanpur’s famous Kwality restaurant. On Khordad Sal, Er. Marazban performed another Jashan in the Agiary hall, after which he shared an excellent rendition of a self-composed song praising the sacrifices made by Parsis who initially came to India.

The Kanpur Parsi Anjuman thanks Dr. Cyrus Dastoor and all Behdin Pasbans for their services which have contributed to the functioning of our Sacred Fire-Temple during these last seven years. Earlier Muktads had been performed jointly by Erwads Adil Rangoonwalla, Farrokh Katgara and Marazban Wadia. Since the past four years, Er. Wadia has been single-handedly catering to them. We thank all three of them sincerely. We also thank Faredoon Patel, Meherji Malegamwala, Gev Bhathena, Yezdi Postwala, Jamshed Mistry, Sarosh Billimoria, Sorab Irani and Behram Unwalla.

As the Kanpur Parsi Agiary is able to function because of the various donations over the last several years, we express heartfelt gratitude to all donors. We extend gratitude to all who have helped us.

During the 1960s, Kanpur had a 600-strong Parsi population. Today, it stands at a meagre 30 to 35 members, who are struggling to maintain our Agiary. It is by the grace of Pak Dadar Ahuramazda and our holy Atash Padshah that we have been able to keep our Agiary functioning for so many years, and so we are grateful to Him most of all.

View all posts by By Adil Byramji, Treasurer, Kanpur Agiary →