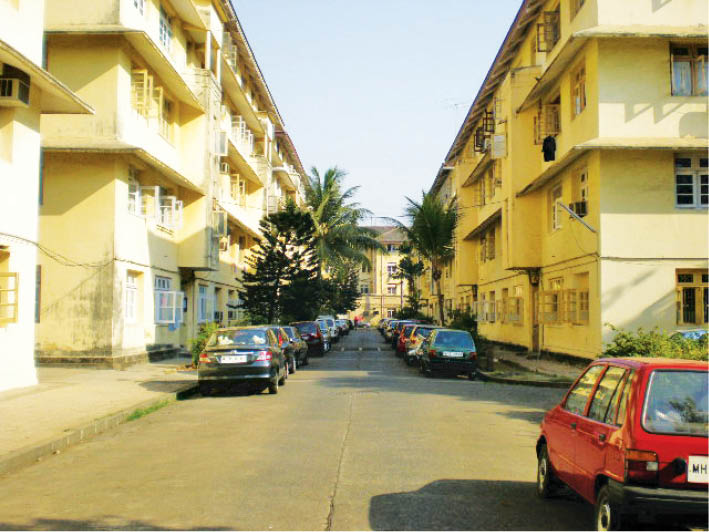 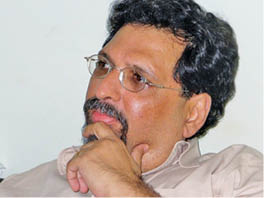 Hormazd runs an independent Advertising agency which requires him to attempt deciphering human nature. He luxuriates in watching life go by; which he finds meaningful at times, pointless at others… but more often than not, farcical!

Four men drove into their residential baugs at different times, at night. Failing to find parking below their respective homes, they circled the colony twice to find the closest spot and that is when four expletives escaped their lips. But these were no ordinary men who buckled under pressure. Oh no, sir! They were men who believed that within every problem lay a solution – one only had to crack it hard enough! So, based on their personalities and life experiences, they each came up with, what they thought, was the perfect plan…

Mr. Precision: Percy is a precise man. Everything he does has to be just right. It was no surprise that the solution to his parking problem also relied on precision. In addition to his car, he also owned a motorcycle. So, he decided to put it to good use. He would simply block the space for his car with the motorbike! Percy would drive the car out of the spot, then scamper back to move his motorcycle in the vacated spot. But he had to do so with precision. If he parked the motorcycle perpendicular to the curb, it defeated the purpose. Even when he parked it parallel to the curb, it had to be exactly at the midpoint of the vacated spot. He soon realized that it worked best if the spot was adjoining the entrance to the building. However, the best-laid plans of mice and men often go awry, and it did so when some insensitive jerk perpendicular-parked his motorcycle next to his!! 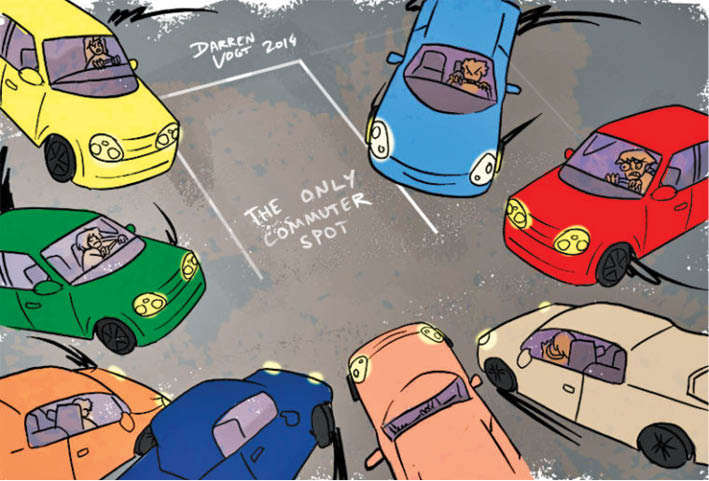 Mr. Moneybags: Shahen is young, exuberant and successful with a high disposable income. He does everything bigger and better than the rest. If Percy used a motorcycle to block his space, Shahen did it with a car! He bought a second-hand car to park in the spot vacated by his luxury sedan! Of course, his driver, who he paid to sleep in the car itself, managed all the changing over. But Shahen was small fry compared to the other big daddies. One of them had five cars, so the older ones could make way for the shiny new ones. A second gentleman had an expensive Benz that he rarely ever drove for fear of losing parking below his house. They all paled in compared to the businessman-politician, whose super luxury sedans followed his SUV, filled with muscle men! He never stepped out of his sedan till one of the toughies got out of the SUV and opened the door for him, just in case there was danger lurking in the shadows. But muscle men couldn’t be relied on, so his sedans were under round-the-clock surveillance when parked as they all had the best, close-circuit cameras fitted on them!

Messrs Major and Minor: Kersi is a finance man, rotund and short. His son, Kawas, not yet a teen, is a spitting image. When Kersi enters his home after a breathless, sweaty climb of three storeys, he can’t wait to discard his work clothes for the ultimate cool comfort of his sad-lag (sadrah-legaa). Since Kersi doesn’t have a spare car or bike, on days when he has to park away from his house, Kawas and he work as a tag-team. While Kersi spreads out on his easy chair with his whiskey, Kawas looks out of the balcony and keeps an eagle eye on the cars below. The second someone gets into their car and prepares to drive off, he turns his head and screams “Pappa jaldi…!” Kersi takes off like a shot. Grabbing his car keys and shirt, he darts down the stairs while still buttoning up. If only there was a pole he could slide down, he would have looked liked a semi-dressed, portly fireman, responding to an emergency. Time is of the essence because by the time he races to his car and drives it to the vacated spot, some inconsiderate could park there and the whole tag-team effort would come to naught!

Mr. I-Trust-Nobody: Bejan is a deaf, cantankerous, retired banker. He has learnt the hard way that in the world of finance, trust nobody. The belief is so ingrained in him that it manifests at the oddest of times. Once, due to a minor fire in the baug, a fire engine was summoned. The narrow road with cars parked on either side made it impossible for the fire engine to maneuver. There was a hullabaloo as residents rushed to move their cars and make way. Bejan heard nothing and was oblivious to the ongoings. Soon, his was the only car blocking the fire engine but there was no sign of Bejan. A couple of young chaps rushed up to his flat and banged on the door. Bejan took his time to amble to the door and open it. “Bejan uncle! Jaldi gaari khassaro! Boombawalla jai nathi sakta!” they shouted. 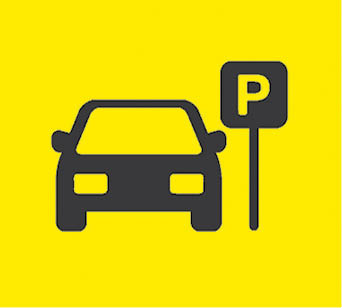 While people tried to cajole Bejan, the firemen watched and marveled at the famed Parsi eccentricity. Fortunately, by the time Bejan relented, the neighbours had extinguished the small fire.

What is it that makes us (me included) act in this manner; wanting to park our car exactly below our house? And the things we do would be bizarre if it weren’t this hilarious! Is it the legendary bawa-and-his-car syndrome where love gets the better of our emotions? Or are we just lazy and refuse to walk more than half a dozen steps to our building? Or are we so paranoid that out of sight means always on our mind? Or is it just a primal instinct of ownership and entitlement? Maybe it is all of them. If you figure it out, do give me a call!

This is a work of fiction and any resemblance to any person is totally intentional.

View all posts by Hormazd Irani →