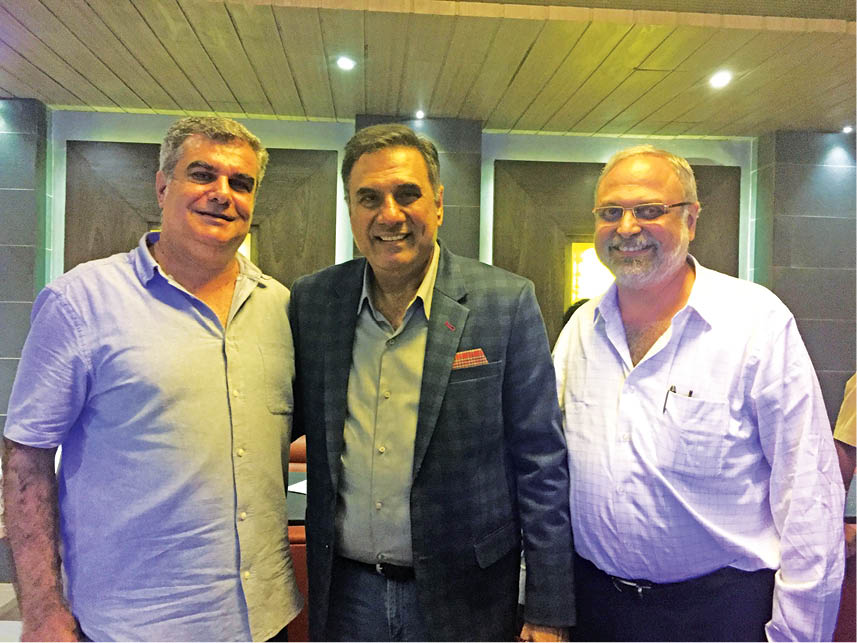 The Parsi love for the game of cricket is legendary and it has, likewise, birthed legends of international repute, doing the nation and the community proud. Parsi Times Sports Reporter, Binaisha M. Surti, is thrilled to share with our cricket loving readers who closely follow the game at all levels in India, that Team Parsee Gymkhana is all geared and excited to be part of the third edition of the ‘1886 Trophy 2019’, which will be played at London’s iconic Oval Grounds, later this month. A matter of great pride and honour for the PG Team to be a part of such glorious history, Binaisha brings you a pre-view of all the exciting action to come in England, as she herself readies to head to the Oval, as part of this fabulous team!

The Parsee Gymkhana cricket team (PG) will face Surrey County Cricket Club’s Charles Alcock X1, in the United Kingdom, for the prestigious tournament – the third edition of the ‘1886 Trophy’, to be played on 23rd  August, 2019, at ‘The Oval’, in London. Team PG, which comprises only Zoroastrians, will travel to the UK from 18-28th August, 2019. It is an absolute honour and huge privilege for each member of this team to set foot on foreign soil, not only representing our community, but also India, in this massive event of a lifetime!

A tour of the Lords Cricket Ground, the Oval, a visit to the House of Lords, as also the Zoroastrian Centre; and cricket matches with Chiswick CC, White Hunters X1, Lurgashall have been organised for the PG team, which is being hosted by Ron Kalifa, OBE (Vice Chairman of WorldPay and English Cricket Board member), Lord Karan Bilimoria (Crossbench member of the House of Lords and Chancellor of the University of Birmingham) and Malcolm Deboo (President of Zoroastrian Trust Funds of Europe), in separate events, to commemorate this historic event.

Speaking about history, the Parsis were the earliest local community in India to take up cricket, known to have played the game since 1840, with the first Parsee Club – ‘The Oriental Cricket Club’ – founded in 1848. In February 1885, a group of eminent Parsees met at the Ripon Club in Bombay to discuss setting up a gymkhana to meet the needs of Parsi youth for recreation and sports – eventually culminating into the establishment of the Parsee Gymkhana in the same year. The next year was extremely noteworthy and went down in the history of the game as the First All-Parsi Team to ever tour England. During this tour, the Parsi team played 28 matches, lost 19, drew 8 and won 1 game! To recreate the golden moments and celebrate this piece of history, Khodadad Yazdegardi, Vice President and Cricket Secretary of Parsee Gymkhana (PG), collaborated with English businessman and cricket enthusiast – Matt Greenwell, and thus was born the ‘1886 Trophy’.

The first edition of the 1886 Trophy was played between PG and British Business X1 in November, 2016, at the Gymkhana ground, Marine Drive, Mumbai, where the former clinched victory by 63 runs. It culminated into the second edition where PG faced Surrey County Cricket Club’s Charles Alcock X1 in December 2018, with the latter winning by eight wickets.

Speaking to Parsi Times, PG President, Mehli Golvala, said “This tour is a wonderful opportunity to maintain the link for the 1886 Trophy. The British have visited us twice and now this presents a chance for our team to go across to England and experience the game on their home turf. The game may become secondary to the camaraderie, multiple friendships and the sheer experience of smelling red leather on the grounds! I would like to thank the multiple sponsors for their generosity in facilitating this once-in-a-lifetime experience.”

The brilliantly talented Boman Irani said, “I am extremely lucky and honoured to be invited for the historic event of the 1886 Trophy’s third edition at the Oval. I’d love to be present at the boundary line and loudly cheer for Team PG. It will be great if our Parsis win the match and bring back the trophy. I hold great value for tradition and it’s phenomenal that this over 130-year-old tradition is being kept alive! Hats off to Khodadad for taking the entire Parsi unit to England. Being present at the Oval will gladden my heart in a different way as it is all about my community and country. I wish everyone the very best and I’m sure we will do well.”

The senior-most member of Team PG, 77-year-old Freddy Sidhwa, who flew in from Dubai for the previous two editions, will be a part of the third edition as well. “I love the game so much and that’s the reason I travel to play matches! It’s been a great honour to represent PG during the 1886 Trophy. I’m indeed very fortunate to be a part of history. It is always enjoyable to play against the English – I’m eagerly awaiting to play at the Oval!” shares Sidhwa.

Cricket Commentator, senior lawyer and member of Team PG, Fredun De Vitre, said, “I am thrilled to be part of the PG team to participate in the 1886 Trophy. It’s remarkable that our forefathers had the foresight over a century ago, to pioneer cricket tours to England. We will play to win and ensure that we bring back the Trophy to India. It’s excellent that this historical venture is being undertaken in the spirit of friendship and sportsmanship.”

Aspan Cooper, Chairman Spenta Group of Companies, added, “Playing England in England is a dream come true. Our forefathers propelled our community to great heights – the fruits of which our generations will reap. I hope our community’s youth will take a leaf out of this and play with dedication for our country to further make the community proud.”

Kaizaad Wadia, captain of Team PG for the previous editions of the 1886 Trophy, told us, “It’s always an honour to lead Team PG in this historical event, over the years. As Parsis, we have attained a great stature over a short period, especially in sports and cricket in particular. We are very fortunate to be born in this community!” Rohinton Iranpur, who led Team PG in 1970’s, will fly down from Los Angeles to participate in this momentous event.

“I feel very happy and proud to take forward the history of 1886 with this UK tour. It’s going to be nostalgic to play at the Oval. Our other two friendly games will be played at historical grounds and the team is looking forward to it. I initiated the 1886 Trophy with the aim of revisiting and reviving history, so that the oncoming generations will take it forward. A big thank you to all my sponsors without whom this trip would not have been possible,” concluded a proud and delighted Khodadad.