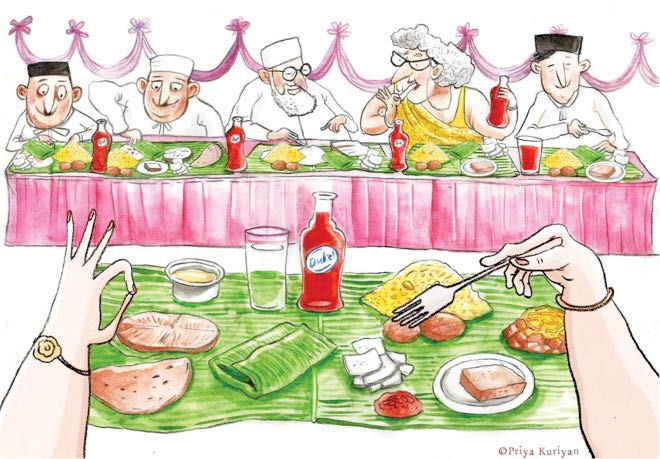 To ensure you kickstart the New Year in the best way possible – amid peals of laughter – Parsi Times is delighted to present, what is clearly now one of our most-in-demand columns – Cyrus The (not So Great) – Aapro Cyrus Broacha, the Brand Ambassador of Unstoppable Humour, as he shares his uniquely hilarious take on his understanding of Parsipanu!

On the occasion of Navroz, it’s obviously time for the Parsi to look inward. And by inward, I don’t mean to check the position of the Sudra-kusti or whether your zipper is pulled up properly, I mean looking inward at oneself. And in doing so, asking the question, what is it to be a Parsi? Also, why is my pant so tight? And who touched me, just now? Many of our non-Parsi friends (and with the dwindling Parsi population, that is most of our friends!) always talk about the uniqueness of being a Parsi. My problem with these comments was, is ‘uniqueness’ even an actual word? Maybe thinking like that is what ‘makes’ one a pukka Parsi!

However, let’s explore through examples that characterize and set apart us Parsis. And please don’t tell me about Parsis banging into furniture – as I’ve explained, over and over again, Parsis appear to bang into furniture because they have more furniture. It’s a known fact, as we ran out of relatives, we turned to cabinets… Cabinets and settees, and sofas, and tables, and chairs and camel saddles, even coat hangers. It also explains why we have names like Furniturewala, Fitter and Cabinet. Okay, okay the last name may be untrue.

Before, we start, let me give you a short introduction about the Parsis. Parsis lived in Iran up to around the 8th century AD. All of them owned their own Irani Cafes in places like Tehran. Then, in around the 9th century, because of many immigrants, and fed up of all the illegal construction, but mostly because motorcycles had not been invented, they called their travel agent, and left for Germany. A wrong turn brought them to India. Whether it was a wrong turn for the Parsis, or for India, is not yet clear.

Now that I have, in a clear, concise and systematic way, explained how Parsis descended into India, let’s get back to the very core of this column. Since, I’ve forgotten the core, give me a few seconds to read the beginning of this column and then get back to you. Okay, got it – we are on track again… What it is to be a Parsi, what is Parsipanu!

Most Parsis are animal lovers. But in India, there are many animal lovers. Yet, you can set the Parsi apart from the others. Let me illustrate this, without an actual illustration. All animal lovers like to feed biscuits to stray dogs. But the Parsi takes it a set further – my father, for instance would only buy De-lite biscuits for dogs. Glucose biscuit was only given if De-lite wasn’t available, and Marie biscuit was kept for emergencies. He was convinced that dogs preferred De-lite biscuits. When I asked him how he knew this to be true, he said that the dogs told him. Now, you can’t refute this clear-thinking logic.

Once, when my mother, inadvertently, ate one of his precious De-lite biscuits, he didn’t speak to her till the following July. I remember driving once, with dad in the passenger seat, with his precious cargo of De-lite biscuits. At a signal, when a beggar appeared at his window, he ended up giving his handkerchief! There’s no way he’d part with the precious De-lite biscuits, and us Broachas, as a rule, never carry money. I don’t think that beggar ever came near our car again. Plus, don’t forget if you are a beggar, and you have more cash than the person you are begging from, what’s the point in that?

Then, there’s my cousin, Cawas, who left his wife for a motorbike. They broke up because he liked to park the bike in his balcony. The wife made the fatal error by asking him to choose between her and the bike. It was obviously a no-contest. Bear in mind, the wife was non-Parsi, so she hadn’t read the script before. Of course, in the finals of the same competition, we have in the blue corner Cawas’s motorcycle, and in the red corner, Cawas’s mother. I’ll have to get back to you with the result of that!

But the Parsi characteristic, which is most well-defined, though, is his inability to do anything in half measures. I have not met a Parsi who doesn’t go the whole hog, which is the exact and literal philosophy behind the ‘Lagan’ spread!

Time to wish all our PT readers a very Happy Parsi New Year! May all your dreams come true! Even the naughty ones! Especially the naughty ones!! Oh!, by the way, this news just came in – Cawas’s mother beat the motorcycle! The mother is in, the motorcycle is out! And the chances of Cawas’ wife ever returning are slim to none!