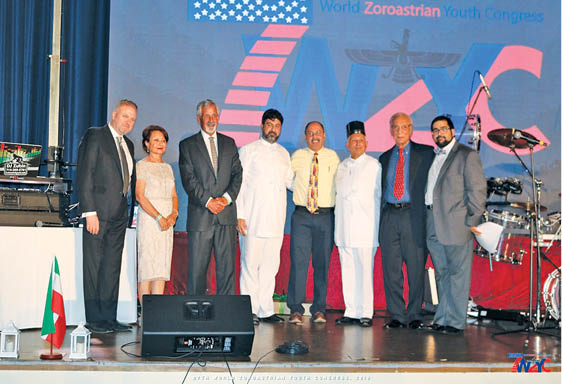 The Congress began on an auspicious note with a Jashan performed by fourteen Mobeds and Mobedyars, conducted by young Mobed Zerkxis Bhandara, a local (Californian) and Congress volunteer. This was followed by a series of beautiful performances by local children and speeches by Arman Ariane – Chair of the Board of Trustees, CZC; Homi Gandhi – FEZANA President; and young Parshan Khosravi – Chair of the 7WZYC, who received the biggest cheer! Parshan emphasized on the need for inclusivity and breaching the barriers that politics and governments put on our small community. He called on his fellow youth to speak their mind, share, discuss and network with each other over the next 6 days, and do it with respect, dignity and within the framework of the tenets of our beautiful religion. Keynote speaker, legendary wellness and holistic health guru, Dr. Mickey Mehta, regaled the crowd in his inimitable style, leaving them ‘Mickeymized’! 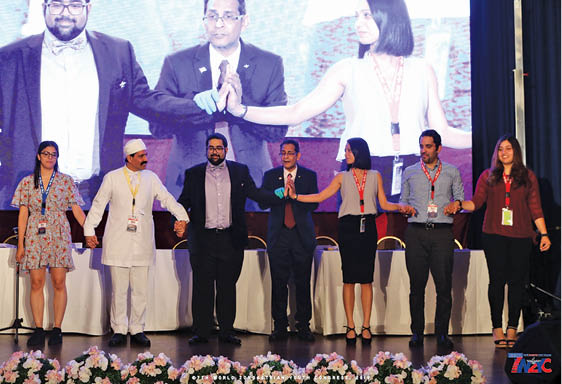 The sessions for the day comprised talks by Meher Amalsad and Arman Ariane; and panel discussions on ‘Climate Change’, which generated lots of enthusiasm in keeping with religion’s reverence for nature and its elements as its core beliefs and practice, and ‘World Youth Congress Coming Full Circle’. The first day concluded with a fun evening of merriment and dinner, and the screening of the movie, ‘Bohemian Rhapsody’, featuring the life story of Aapro Freddy Mercury along with a competition for participants to dress up as Freddie.

Day 2 comprised Rosheen Kabraji speaking on ‘Home and Belonging’ pertaining to the youth growing up in the Zoroastrian diaspora; an audio-visual presentation of the Zoroastrian Return To Roots program by its alumni, many of who were speakers and panelists in the 7WZYC, realising its aim of getting youth involved in the global Zoroastrian community; a panel comprising eight women who spoke about how their generation could change and influence the world’s oldest faith, and their hopes and aspirations, moderated by Benafsha Shroff, followed by an interactive Q&A session. Fun trips to the Santa Monica Pier and beach and the Hollywood Walk of Fame was brilliantly organised by the 7WYC transport team.

On Day-3, for the first time ever, the Congress invited and hosted the Youth Wing of the World Zarathushti Chamber of Commerce (WZCC) to conduct a day of events, panels, talks and the world’s very first Zoroastrian Shark Tank, led by International Youth Director – Jehaan Kotwal, assisted by Rashna Sanjana. (PT covered the same in our earlier issue). This comprised Xerxes Wania, Cyrus Mistry, Tanaz Mody, Homa Dashtaki enthralling the crowds with their unique perspectives; the ‘Boss Women’s Panel’ highlighting great work done by Zoroastrian women globally; a professional speed-networking session; and a night of standup comedy and dancing. 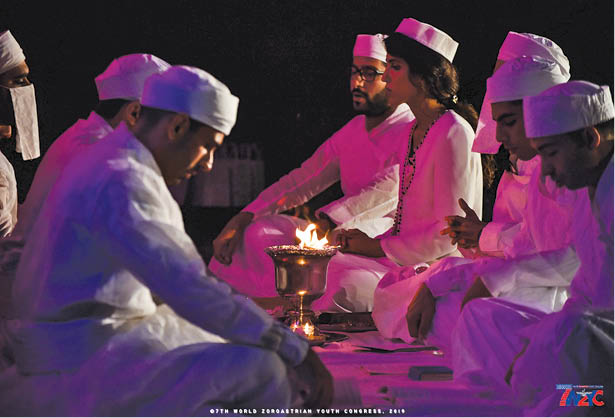 On Day 4, Mobed Fariborz Shahzadi and Ervad Jimmy Mistry spoke about practicing the Zoroastrian the faith in daily life; youth lady Mobedyar, Mahshad Khosraviani spoke about her journey becoming a Mobedyar; Pearl Mistry made a compelling case for youth involvement in community matters and Nazneen Engineer shared the implications of the century-old Mazgaon navjotes and their repercussions. Later, young Zoroastrian filmmakers shared their experiences in documenting community life on the big screen and Nazneen Contractor, Behzad Dabu and Sue Obaidi spoke about Zoroastrians in the Media. To celebrate USA’s Independence Day (4th July), participants were taken for a boat cruise to witness the fantastic fireworks display.

Day 5 began with the Congress’ first experiential installation, choreographed by Tinaz Karbhari, providing an experience of entry to a sacred place, with ‘loban’ perfume in the air, bells tolling and the comforting voice of a dasturji in prayer, in the main ballroom. Vada Dasturji Khurshed Dastur addressed the youth, answering all queries from Udvada, over video conference. Next followed a panel discussion, facilitated by the North American Mobed Council, where five young Mobeds and three Mentors, from different corners of the world held indepth discussions on the role of Mobeds today and in the future. This was followed by a panel on LGBTQ issues; a talk by Pablo Vazquez on Zoroastrianism emergence in Kurdish lands; Sanaya Master’s informative talk on the World Zoroastrian Young Leaders Forum, with eleven of its twenty Fellows in attendance at the Congress as speakers or panellists or both; an eye-opening panel on Zoroastrian Advocacy highlighting how advocacy was not an option, but a compulsion in today’s society. Next, Zoroastrians at the United Nations and their likewise facilitation by FEZANA was discussed, as community leaders urged the youth for greater involvement, followed by a session on ‘Joys and Pitfalls of Community Service’. Parshan Khosravi vote of thanks to donors, sponsors and volunteers kicked off the evening Gala, which offered a fab Indian dinner spread, alongside the crowd dancing to Nauzad Sudry’s band, way past midnight!

The last day began with Arzan Sam Wadia taking the audience through some of the key moments of the Congress, followed by a few regaling song and dance performances by local children. Future Zoroastrian Olympics and Congress Hosts shared short event presentations. The final event was the passing of the torch from Parshan Khosravi, Chair of the 7WZYC, to Sheherazad Kapadia and Sanaya Khambatta, Co-Chairs of the 8th World Zoroastrian Congress which will be hosted in London, in 2023. This met with thunderous applause by the audience, as the Congress was declared closed by Parshan. 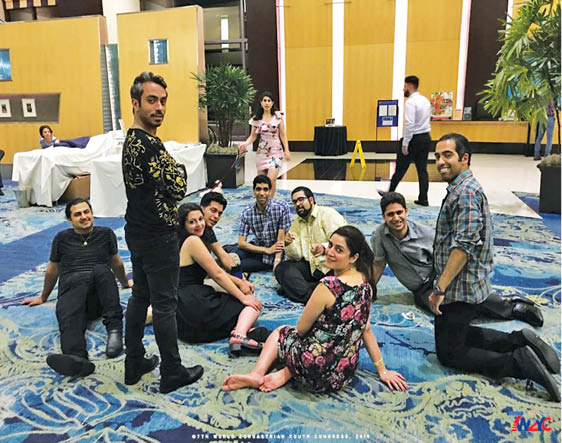 together a large number of Persian, Iranian and Parsi Zarathushti youth to the core team to work side by side. It proved how a little guidance and mentorship goes a very long way in empowering youth to pull off a successful event. This was a Congress of many firsts – it was the First Congress to have a majority of women speakers and panellists, as also the first to have a true social media impact with pre-Congress build-up on Facebook and Instagram, to be streamed live, as also to have the videos of all the sessions posted online on Youtube for posterity. It was heartening to see youth from all parts of the world, with differing belief systems, be they traditional or liberal, being friends first. The passion and the energy of the volunteers was outstanding. We hope that the host association will harness this youth power to good use in the years to come. That indeed will be the lasting legacy of this Congress. May the Zarathushti youth meet in even larger numbers in 2023, in London, at the next Youth Congress!”