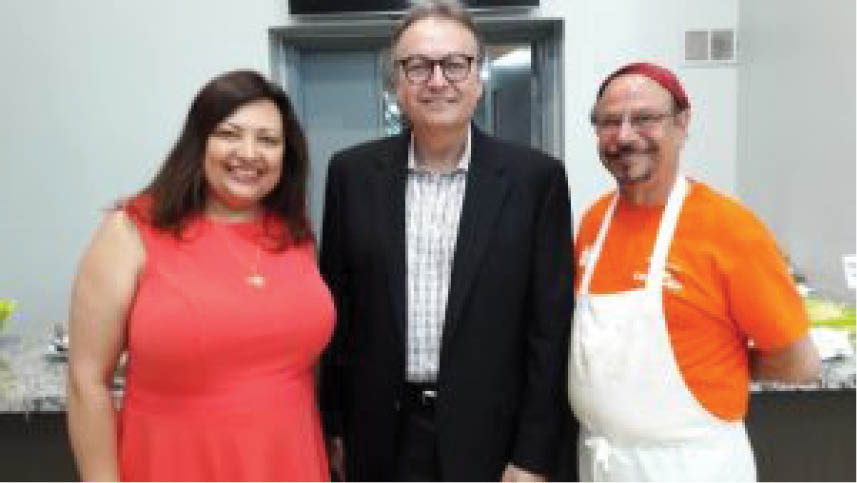 The Zoroastrian Society of Ontario (ZSO) hosted an evening with Mervon Mehta — Zubin Mehta’s son — who brought Zubin’s new movie, ‘Good Thoughts, Good Words, Good Deeds: The Conductor Zubin Mehta’, to be shown at the local Darbe Mehr. The evening started off with Mervon sharing an introduction to the movie and saying a few words about how his father loves India and the Parsis, so much so that he still retains his Indian passport! After the movie was screened, Khush Panthaky, former TV journalist, interviewed Mervon who later took questions from the audience. This was followed by dinner, dessert and networking with Mervon. The event was well attended by the local Zoroastrian community.

Mervon is the Executive Director at The Royal Conservatory and is bringing another Parsi conductor, Zane Dalal, from the National Symphony Orchestra of India, along with table maestro – Zakir Hussain, to perform in Toronto in January, next year. Mervon has also arranged for a group discount for the Zoroastrians!