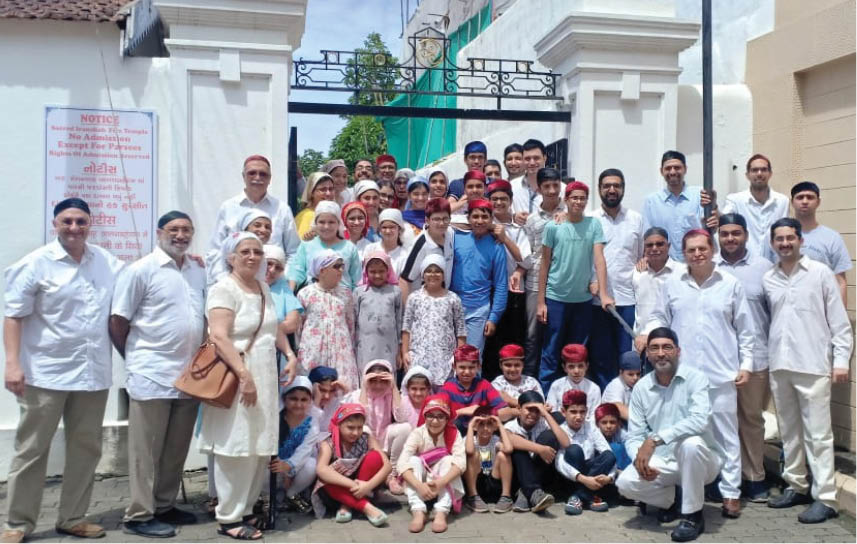 The 16th East Bombay Scout Group, under the arch of the Young Zoroastrian Society (YZS) entered its 100th year on 1st August, 2019, alongside sister group, the 71st East Bombay Guide Company (also under YZS) which completed 25 years on 1st August, 2018, and was also celebrated with much pomp. The 16th and 71st Scout and Guide groups, respectively, are the only Zoroastrian groups as of date.

As part of its centenary celebrations and paying gratitude to God for 99 fabulous years, the groups visited all eight Atash Behrams in Mumbai, Surat, Navsari and Udvada on 1st and 2nd of this month. The pilgrimage started off on 1st morning with a visit to all four Mumbai’s Atash Behrams; followed by a bus journey to Surat to visit two more Atash Behrams, as also the Goti nu Adaryan.

The next stop was Navsari Atash Behram, from where they headed to the Wadia sanatorium near Udvada Station, for dinner a good night’s sleep. The next morning, after attending the Rapithwan Machi at Iranshah Atash Behram in Udvada, they departed for the return journey post lunch at the Wadia Sanatorium. This remarkable journey will stay etched in the minds of all who attended for having visited all of India’s eight Atash Behrams in one trip, covering over 600 kms. The Centenary festivities will be celebrated through the year with memorable programmes.

Scouting and Guiding inculcates in boys and girls the laws and promise of Scouting, which mould them into ethically and morally responsible citizens. Boys and Girls between 6 to 17 years of age, form the Cubs and Scouts/ Bulbuls and Guides, while those over 17, who have qualified, go on to become instructors and Scout Masters/Guide Captains and assistants.

The Group welcomes all young boys who wish to join the 100-year-celebrations and fill their lives with excitement while growing into independent adults leading happy lives. Those interested to join, and for details, can call: 9820152066 / 9819937318.