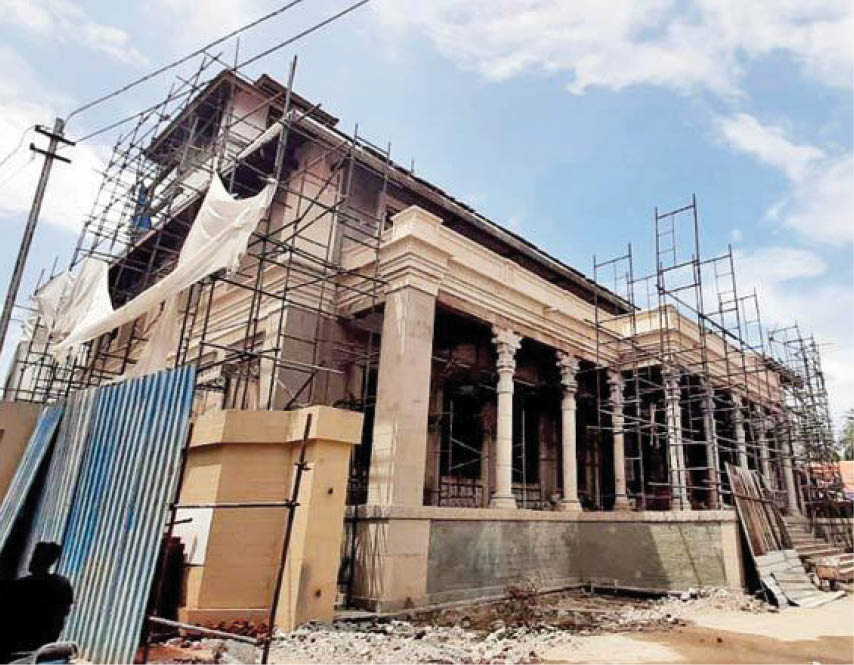 Last week, the entrance gate to the Pak Iranshah Atash Behram in Udvada was taken down, as part of the ongoing renovation and restoration work that is taking place there. The old gate is to be replaced with a new, heritage-themed, stone-wall gate, as part of the larger renovation.

It has been informed that during the renovation work taken up nearly ten years ago, the Main Gate was made out of concrete, which didn’t match the original look of the temple. The new effort endeavours to restore the heritage look, with stone that matches the material used to build the holy structure, with inputs taken from a team of heritage architects and structural engineers. The stone is being sourced from Ahmedabad and the new gate should be ready by the end of November, this year. The idea is to preserve the fire temple for another century, based on its old pictures. In order to bring the original look back, the restoration work includes removing the paint from the stones, which are part of its original construction.

A bit of debate has sparked on social media platforms, especially WhatsApp groups, with community members voicing their concerns, objections and approvals on the same, with the majority of the community believing that that the repair and fortification of our holy structure was necessary and is a noble and praiseworthy endeavour. It should be noted that repair was crucial as there were serious leakages, which if not taken care of, would have created huge issues in the future.

The restoration work has been undertaken by the Shapoorji Pallonji group, which is taking great care and effort to ensure no additions or innovations are introduced. They have cleaned the marble, redone the broken flooring and restored the old wood and the beams in the ceiling, as a lot of the old beams were rotting at the ends causing major water leakage. The kusti area, where the divas are lit, is also being refurbished in keeping with the structural engineers deeming the area unsafe. Even the roof, which was in crucial need of repair, is also being overhauled as a pre-emptive measure to avoid future impending disaster.

The entire restoration process is being documented. It may be noted that in the past two hundred years, the Iranshah Atash Behram has undergone restoration and reconstruction numerous times.