for the Iranshah Udvada Utsav 2019.

For Mithoo Jesia, the Iranshah Udvada Utsav 2019 has been a long time in the making, as she and her all-star production team, promise to put up a play of epic proportions, poignant significance and technical superiority at the IUU Festival this year! Parsi Times caught up with the formidable and energetic lady in the midst of the ongoing rehearsals so she could set the stage for our readers! 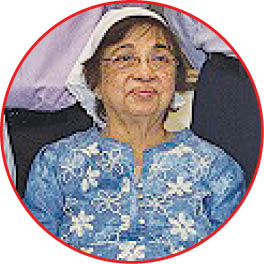 Parsi Times: It’s IUU time again! Could you share some of your most fulfilling memories from IUU 2017?

Mithoo Jesia: Well, firstly I would definitely say, the vast gathering of community members – young and old – all together is just fantastic. IUU 2017 was so full of that ‘community feeling’. It was also great so see how the IUU has become a platform for the exchange of ideas amongst people with different points of view. No two people have the same ideology, but to witness a space where everyone is able to put forth their ideas, is lovely. Even if you do not agree with the ideas of others, you still understand and respect their perspective, and hopefully agree to disagree! This dialogue of ideas and opinions shows us what we are moving towards, in the years ahead as a community. Another fulfilling memory is seeing our hard work bear fruit. The effort put into our performance and everyone’s hard work shone through! I remember how well received our play was!

Parsi Times: Speaking about the performance – we hear this year’s play is truly something out of the ordinary. Could you tell us a little more about it?

Mithoo Jesia: The performance we are putting together this year is in English; the play is called, ‘Amarjyoti Zarathustra’. Thirty years ago, Dadar Parsi Colony was struggling with commercialization and the Trustees approached me to put together a play for a fund raiser. With the help of Nadir Modi, in his capacity as a religious scholar, as our script consultant, the ex-Principal of the Madrassa Er. Rustomjee Panthaki and the support of the Trustees, we created the play. We performed it twenty-five times in Mumbai and other cities and it was a great success. In fact, Dasturji Khurshed remembered watching it in Udvada Thirty years ago when he was a young boy, and suggested that I bring it back to life for IUU 2019!

Mithoo Jesia: Haha! I tried hard to dissuade him. You see, the play is a story woven together by great technical expertise. Other than the dimensional dialogues, it rests heavily on the play of lighting, sound and visuals. Putting it together, thirty years later, I assumed it would be very tough for me. Luckily, I found the best team to help get the job done! The young and dynamic Aarish Daruwalla, despite our vast age gap, understood the mood of the script perfectly and has done an overwhelmingly wonderful job with the sound. His father, Sally Daruwalla, has gone out of his way to help put together the visuals we required. Our Board of Trustees has been an excellent support system and of course, my cast is beyond wonderful! In ‘Amarjyoti Zarathustra’, we have actors ranging from the age of 7 to 75! ‘Amarjyoti Zarathustra’ is presented by the Mancherji Edalji Joshi Memorial Trust, Dadar.  It is written and directed by Mithoo Jimi Jesia; with Script Consultant – Dr. Er. Ramiyar Karanjia. We cannot wait to showcase the play for the Community at IUU 2019!