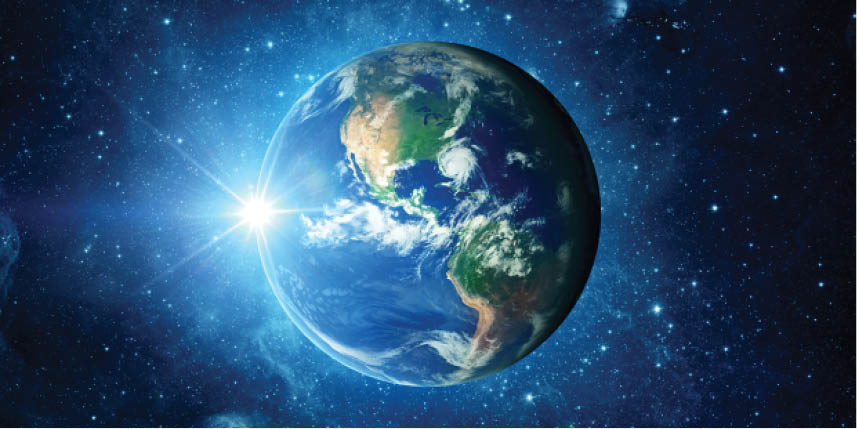 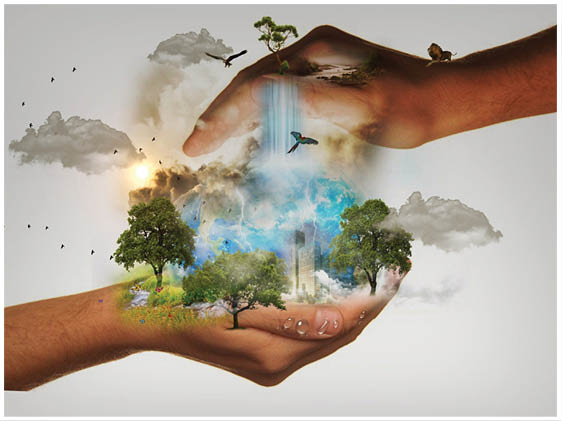 What I am writing goes beyond, far beyond the boundaries of caste, creed and religion. It is about our Home, ‘Our Home in Space’. That is how Sir James Jeans, the renowned British astronomer, had described our Mother Earth. This beautiful blue orb is a miraculous phenomenon.

Our beautiful ‘home’ has been blessed with abundant bounties for its living inhabitants to enjoy and live happily, but man in his unholy greed has ravaged, ransacked and plundered this planet, making it bereft of its natural resources. Marie Corelli writes in her book, ‘The Sorrows of Satan’, “Man will loot and plunder all he can of earth and then he will turn his savage face towards heavens and apostrophize, ‘I shall have Pleiades in my cuffs and Orion in my pocket.  I am hungry! J’ai faim, J’ai faim!” (Having read this book in 1964, the words might differ slightly).

Let me now say something about the immensities of the Universe. Discoveries made by advanced and sophisticated telescopes aided by latest technologies indicate that there could be over 2000 billion galaxies in the universe!

The Milky Way, the galaxy that houses our sun, has over 200 billion stars! It is estimated that there may be about 40 billion planets like our earth! Our earth comes within what is termed in astronomy as the CHZ (Circumsteller Habitable Zone). It is also referred to as the ‘Goldilocks Zone’, meaning that that the earth is at just the right distance from the sun, in relation to its mass and size. When the radiant energy of the sun reaches our planet, it is hot enough to maintain water at liquid level, but not so hot that water turn to steam and evaporate. It is also not too cold for water to remain in a permanently solid state of ice either. The Goldilocks Zone is very important for the Earth’s biosphere – akin to Goldilocks who chose the middle dish of porridge, which was neither too hot nor too cold, but just right for her to eat it. A thick blanket of atmosphere also protects the earth from the ultra-violet rays and other harmful radiations from the sun.

Space is a violent place. Life is fragile and can be easily decimated. Planets can be destroyed; galaxies could collide into other galaxies. Black-holes feed on planets and even other black-holes like cannibals! There are meteors that could destroy planets or life on the planets, as it happened with earth, about sixty-six million years ago, that led to the Crataceous-Paleogene extinction, or the annihilation of the dinosaurs. This was an extraordinarily large meteor that led to a catastrophic destruction of several species. Normally the smaller meteors are burnt down upon the entry into the atmosphere.

It is only in the Goldilocks Zone, that the surroundings are gentle enough for a planet to support life. Nature has taken ample precautions to safeguard life on Earth. Alas, man, in his so-called quest for progress (read greed), is plundering and destroying its biodiversity. Such progress has become an anathema to the very health and existence of humanity and plant and animal life.

Asho Zarathushtra was not only the first Prophet to base his teachings on truth and ethics, but he was also the first environmentalist. Dadar Ahura Mazda has endowed man with the gift of intelligence and articulate speech, but it is man’s ability to think that makes him stand apart from all His other creations. Descartes’ philosophy states ‘Cogito ergo sum’ i.e. ‘I think, therefore I am’. Even the simplest of minds will realize that God, having given man the ability to think, has placed a humongous responsibility upon him. Thus, He ranks man as the highest of His creations, the seventh creation! Hence, man is the natural overseer of all His other six creations, the Sky (atmosphere), Earth, Water, Animal Kingdom, Plant Life and Fire.  In man rests the stewardship of our home in Space. He has been enjoined to be proactive in furthering and protecting His creations and to fight against anything and anyone that could wreak havoc upon it.

All our respect and our gratefulness to Him for his bounties are very deeply embedded in all Zoroastrian rites and rituals, our festivals, our scriptures and our prayers. This thankfulness for all his plentiful bounties has also come down to us through lessons we have learnt from our Nyaishes and Yashts, our community festivities like our Ghambars/Ghanabars, our Parabs and even our eschatology.

Parsis have been variously described as “this microscopic fragment of the mosaic of India,” as also “the noble debris of the most heroic and grandest people of all antiquity.” Gandhiji said, “In numbers Parsis are beneath contempt, but in contribution, beyond compare,” for our various contributions to the world but that is not enough. Our work as Zoroastrians can go even further, seriously practicing, reviving and spreading our age-old environmental wisdom that our religion has taught us and spreading His message all over the world. We have still a lot to give. Let us spread the message that we have to live in harmony with all His corporeal creations if we do not want to spell our own doom on this beautiful Oasis in Space. It is not yet too late, and man, with his ability to think rationally can do it with the lessons from Zoroastrianism.