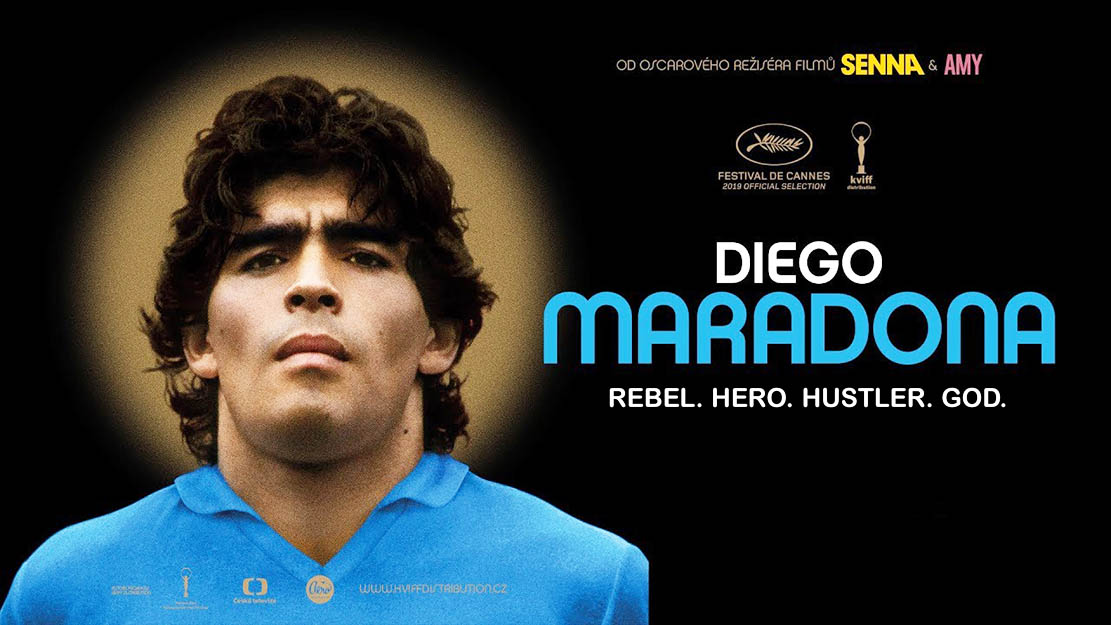 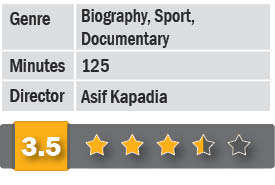 Sifting through 500 hours of archival footage – most of it not seen before – Oscar-winning director Asif Kapadia, has constructed a lively and obsessive documentary about the world’s best-known footballer of the 80s. The film begins when SSC Napoli, a little-known football club in Italy, welcomes their newest recruit, 23-year-old Maradona on 5 July, 1984. He helps his club win two championships but not before helping his country, Argentina (in)famously beat England in the quarterfinals of the Mexico 1986 World Cup, going on to win the Cup. Kapadia overtly hints that the win over England was sweet revenge for Argentina’s loss in the Falklands War four years earlier.

Having grown up in the slums of Buenos Aires and supported his family (including six siblings) since the age of 15, Maradona tells us how his dreams were ‘downgraded’ – he wanted a house but got a flat; when he desired a Ferrari, he got a Fiat. Kapadia, who earlier brought to life the lives of Ayrton Senna and Amy Winehouse, delves deep into his resources to depict the adulation Diego received, his infidelity and his eventual fall from grace – all within a span of less than a decade.

There are some startling revelations, particularly by his trainer Fernando Signorini (“he isn’t psychologically prepared yet”) and by his biographer Daniel Arcucci. In the second half, Kapadia deftly dribbles through the footballer’s sexcapades, his brush with the mafia which led him to his drug addiction and subsequent self-destruction. The director succeeds in portraying the genius as expansively emotional, and at times solemnly stoic. Both revered and reviled, castigated and complimented in equal measure, Diego Armando Maradona remains one of the most iconic, if not enigmatic, figures in world sports.