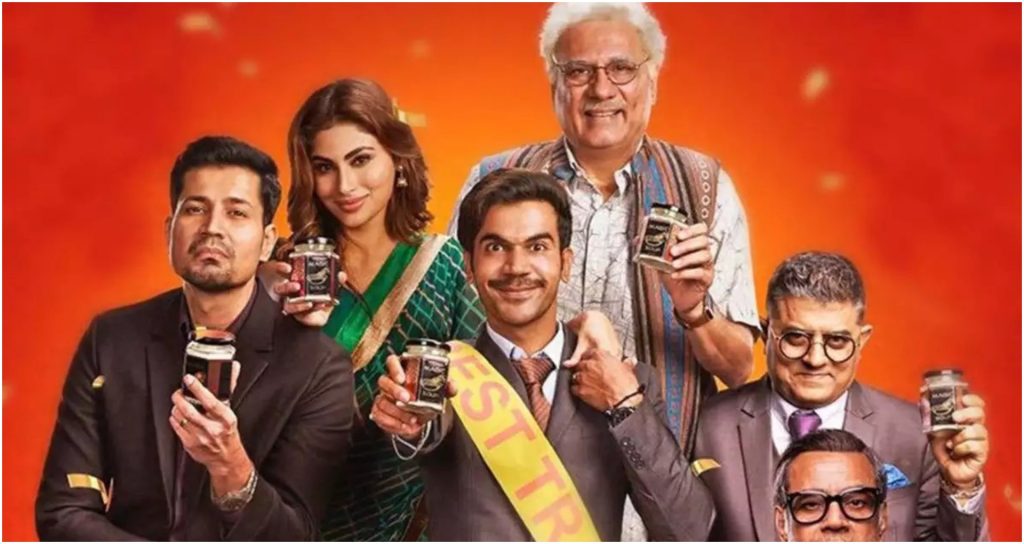 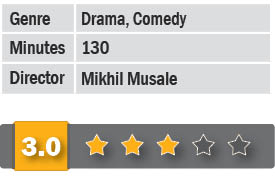 Lest the viewer forget what the film is all about, the opening words – ‘definition of an aphrodisiac’ also serve to reassure that he is in the right auditorium. Raghuvir Rao (Rajkumar Rao) is an enterprising but unsuccessful entrepreneur. In the hope of turning his business around, his cousin, Devraj (Sumeet Vyas) takes him on a trip to China from where Raghu returns with the scheme of formulating an aphrodisiac ‘Magic Soup’ – one of the ingredients supposedly containing a certain part of the tiger’s anatomy. He scouts around for finance and collaboration, the latter coming via veteran sexologist Dr. Vardhi (Boman Irani). Things go well till a visiting Chinese dignitary dies, allegedly as a result of ingesting Magic Soup.

Adapted from Parinda Joshi’s novel of the same name, the film’s basic premise is that the average Indian’s basic knowledge of sex falls far short of his obsession for it. And this is unfortunately where the script fails. The film suffers from depth in writing as the writers seem to be unsure anout how much of the storyline to devote to the education part and how much to entrepreneurship.

Rajkummar Rao’s naivety helps the film and he nails the Gujju accent well, but wavers in more than a few places. Mouni Roy, as his wife, has pretty little to do as do Paresh Rawal, as the high-flying businessman, Manoj Joshi as the uncle and Gajraj Rao, as the motivational speaker Dr. Abhay Chopra (a spoof on Deepak Chopra?).

Director Mikhil Musale, who had helmed the National award winning Gujarati film, ‘Wrong Side Raju’ (2016), falls short in his first Hindi feature film. But, and not for the first time, it’s left to Boman, as Dr. Vardhi, to bail out the film – at the Q & A session and when facing the inquiry panel. He’s also got some of the best lines in the film!