Best Ever Season Result By An Indian 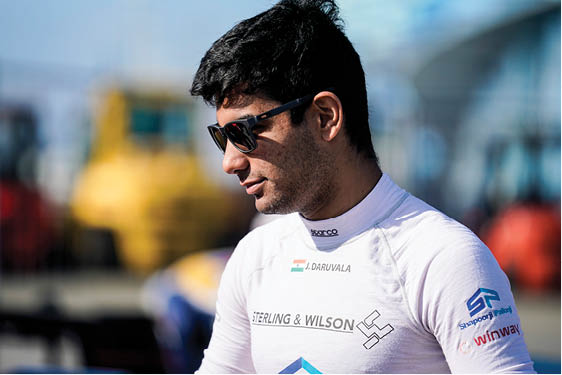 In one of the biggest achievements in Indian Motorsport, we are delighted to report that India’s Jehan Daruvala finished second Runner-up (third overall) at the conclusion of the FIA F3 Championship, in Sochi, Russia. Indian racing sensation, Jehan, created history at the Russian Grand Prix weekend, by concluding the FIA F3 Championship in third. This is the best championship position ever by an Indian in an official F1 feeder series. All races in the season, were held at the F1 weekend, as support races to F1.

The highly competitive nature of the FIA F3 championship ensures that even racers at the back, are capable of posting quick laptimes. Yet, Jehan was able to consistently put in laptimes similar to the leaders while overtaking. Unfortunately, he pushed too hard, going off track at one point, due to which he was penalised 5 seconds, inspite of giving back the position he gained. Midway through the race, Jehan was 20th on track but once je reached 12th, his tyres were well past their best, even so Jehan overtook three cars in the last two laps to eventually finish ninth on track. Estonian racer – Juri Vips won the race, but Jehan was classified as fifteenth due to the 5 second penalty.

The Indian star has been consistently quick throughout the season in arguably the most competitive F1 feeder series. Jehan kicked off his season overcoming clutch issues in race 1 and winning race 2, at the Spanish Grand Prix weekend. The former second runner up in the World Karting Championship proved his speed once again by winning the first race of the 2nd round at the French Grand Prix weekend. He completed a hat-trick of podiums in the very next race. Eventually, he capped off the best season ever, by an Indian in an official F1 feeder series, with a total of 7 podiums in addition to two fastest laps and a pole position. Third place overall is a monumental achievement for an Indian. He has qualified in the top four in every round, except for Hungary. Russian Robert Shwartzman was crowned the 2019 FIA F3 Champion.

Speaking on the occasion, Jehan said, “What happened at the start is heart breaking. But I had to focus on the race. I just put my head down and drove an aggressive race. Starting 29th and from the pit lane and finishing 9th on track was good fun. I am happy to have finished 3rd in the championship but disappointed in the technical issues I’ve had in the last two weekends, but that is racing.”