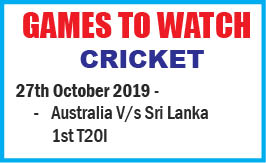 India Grabs Test Series Against SA: Team India has been a dominant side in Test Cricket lately! With 240 points in five Tests, India is leads way ahead in points. Virat Kohli and Co. put up a phenomenal show during the 3rd Test against South Africa and won the contest by an innings and 202 runs! Batting first, India put up a massive innings. The hosts declared at 497-9 in 116.3 overs. Rohit Sharma again notched up a double ton scoring 212; Ajinkya Rahane scored a century (115); Jadeja contributed a handy 51. For SA, George Linde picked (4-133) in his 31 overs while Rabada snapped three. In reply, the Proteas were bundled out for a paltry 162 in 56.2 overs as Zubayr Hamza top scored with 62. Umesh Yadav was the pick of the bowlers at 3 for 40 in nine overs while Shami, debutant Shahbaz Nadeem and Jadeja took two wickets each. Enforcing a follow on, SA were asked to bat again and managed just 133 in 48 runs during their second innings. Shami again picked three wickets while Nadeem snapped two. Rohit Sharma was Man of the Match and Man of the Series.

India Announces T20I Squads, Tests Against Bangladesh: Having rested Virat Kohli for the upcoming three match T20I series against Bangladesh, India has handed captaincy to Rohit Sharma. Sanju Samson gets a recall while Mumbai all-rounder Shivam Dube receives his maiden call-up to the National side.

Indian Shuttlers Crash Out: French Open: The Indian contingent of Kidambi Srikanth, Parupalli Kashyap and Sameer Verma were all knocked out in the opening round of the Men’s Singles Event at the French Open. Srikanth lost to second seed Chou Tien Chen of Chinese Taipei [15-21, 21-7, 21-14]; Kashyap was defeated by Hong Kong’s Ng Ka Long Angus [11-21, 9-21]; and Sameer Verma suffered lost to Japan’s Kenta Nishimoto [22-20, 18-21, 18-21]