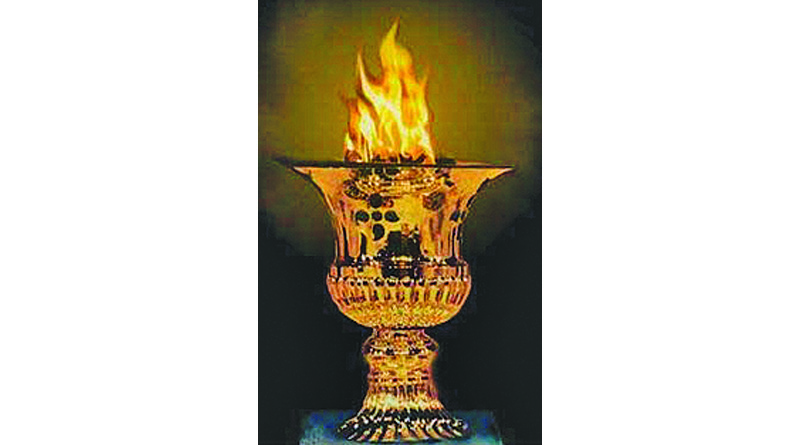 Seated under the Tree of Life all alone, was Mashya, the First Man. Morose and moody and melancholy was he. Oppressive and killing was his solitude in this strange, new world. He dreaded life. He cursed his existence. Then did Spenta Mainyu, Ahura Mazda’s superb Fashioner of mortal clay, take compassion on him and made Mashyani, the First Woman. Mashya took Mashyani as his wife. With his life-mate Mashya set up his first human household upon earth.

When Spenta Mainyu made man, he was acclaimed in the heavenly world as a good architect. When, with softer and finer clay and with unprecedented craftsmanship he made woman, he was hailed by all as the best and matchless Moulder of all time. Woman is the marvel of creation. Unrivalled and unequalled in form and beauty is she in this wide world of the seven zones. She is the blooming flower in the garden of life that breathes perfume all around.

Woman is the teacher of gentility to man. She helps man to grow in moral height. She is the sustaining power of the life of man. Much has she that man has not. Man is not man until woman breathes manhood in him. She is the life of man. She has genius to love and she loves more intensely and more faithfully than man. In the virtues of the heart, she excels man. She is more patient and enduring than man. She suffers silently and hides her grief in her bosom and smothers her tears. She comforts and she soothes. She dispels the darkness of the depressed spirits around her. Wilderness would this world be without woman. There is freshness and there is sweetness, where woman steps in. When life becomes a-weary, woman makes it a-cheery.

Man delights to lay at the feet of woman all that he wins from the world. The fanatic iconoclast turns docile idol-worshipper, when he approaches woman, the eternal idol of humanity in flesh.

Life becomes livable for man, for woman shares it. Woman is the helpmate of man. She is not his drudge or chattel. Woman, again, is not man in the making. She has not to ape man and grow mannish. Woman is woman and always and ever woman. Wifehood and motherhood are her most sacred functions. As a prudent wife and a loving mother, she forgets her own self for the tender love of her dear ones and trains her children to virtue.

Gentle and tender and delicate is womanly virtue. The slightest waft of vicious wind soils and withers it. Chastity is woman’s priceless wealth. Purer than pearl and brighter than diamond is Asha Vanghuhi’s chaste woman. Give us, Ahura Mazda, woman as chaste as Hvovi, as loving as Rodabeh, as devoted as Tehmina, as virtuous as Firangiz, as faithful as Manijeh, as pure as Pouruchisti and as brave as Gurdafrid.