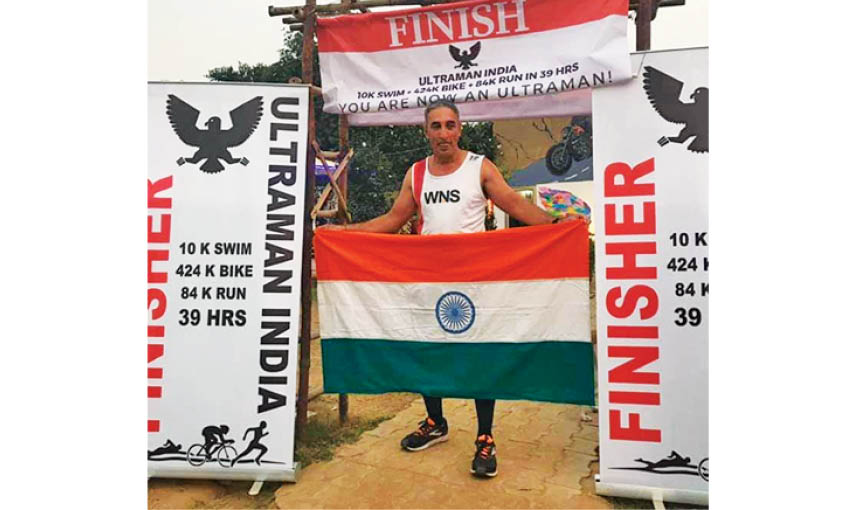 New Delhi’s Adil Nargolwala completed the Ultraman Triathlon, which was held from 23rd to 25th November, 2019, in Delhi. He completed 10K Swim, 424K Cycle, 84K Run in 34.15 hours with a total elevation of 6,000 feet! The Ultraman Triathlon is a three-day, 515 km (320 mile) multi-sport race and one of the toughest endurance events, which tests extreme physical and mental strength, and was held in India for the first time under the banner of India Endurance. It follows the guidelines of the international format Ultraman, based in Hawaii.

Adil Nargolwala has successfully participated in over a hundred marathons and half-marathons in the last few years, creating a national record in process. He currently has his sights set on Ironman. Speaking to Parsi Times, Adil said, “When you see the people you train with and run with on a regular basis completing these challenges, you think to yourself, ‘if he can do it, why can’t i?’ That is the biggest motivation.”

To stay in the competition, on day one, participants had to swim 10km within six hours and then cycle 145 km within seven hours. On day two, with no time built in for fatigue, athletes cycled 276 km within 13 hours. The third day concluded with an 84 km run needed to be completed within 13 hours.

“It was a real test of both, physical and mental endurance, and wouldn’t have been possible without the support of my crew who managed my nutrition and kept me going,” added Adil.

We wish Adil Nargolwala the best in his future endeavours!