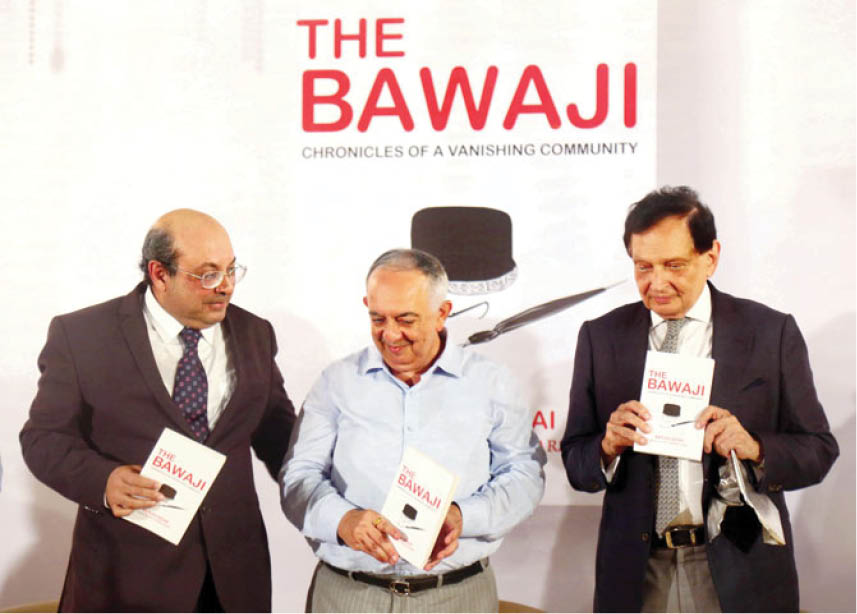 Having recently launched his book, ‘OH! THOSE PARSIS!’: A to Z of the Parsi Way of Life’ in August this year, eminent lawyer and former journalist, Berjis Desai has unveiled yet another book of his writings titled ‘The Bawaji: Chronicles of a Vanishing Community’, on 9th November, 2019.

With the focus of the book yet again on the Parsi Community, it comprises the life stories of 50 ‘unforgettable’ members of the community. The book was formally unveiled by Hon’ble Supreme Court Justice, Rohinton Nariman, who jokingly quipped, “Berjis, reading your book has inspired me to write about my family and other animals!!” Paraphrasing prolific book reviewer Evelyn Waugh on English author P G Wodehouse, Nariman said, “Berjis, your idyllic world can never become stale. You will continue to release future generations from captivity that may be more irksome than our own.”

The foreword of ‘The Bawaji: Chronicles of a Vanishing Community’ has been penned by none other than Dr. Farokh Udwadia, one of the most a noted physicians of the community and a Padma Bhushan awardee. Dr. Udwadia voiced his concern over the rapidly dwindling size of the Parsi community. “Vanishing is a euphemism here. It is not a vanishing community, it is a dying community. People don’t vanish into thin air. Unless a miracle happens, we as a community are going to die,” he said.

Desai said, “The story of a community is a story of its constituents. Most of these Parsis were neither good nor great, far from it. Some, of course, were compassionate, humane, philanthropic and brave. Almost all, however, were different. The one quality required for a place in the book was that he or she had to be unforgettable. Even decades after their passing, they would be remembered with humour or honour or even horror. Since the dead cannot be defamed, barring four of the profiles, all others are of departed Parsis.”

As a parting remark on the Parsi community, Desai said, “A miracle might just happen and the Parsis may survive. The reason is that they are such an anthropological rarity that even the cosmos will not easily permit their extinction!”