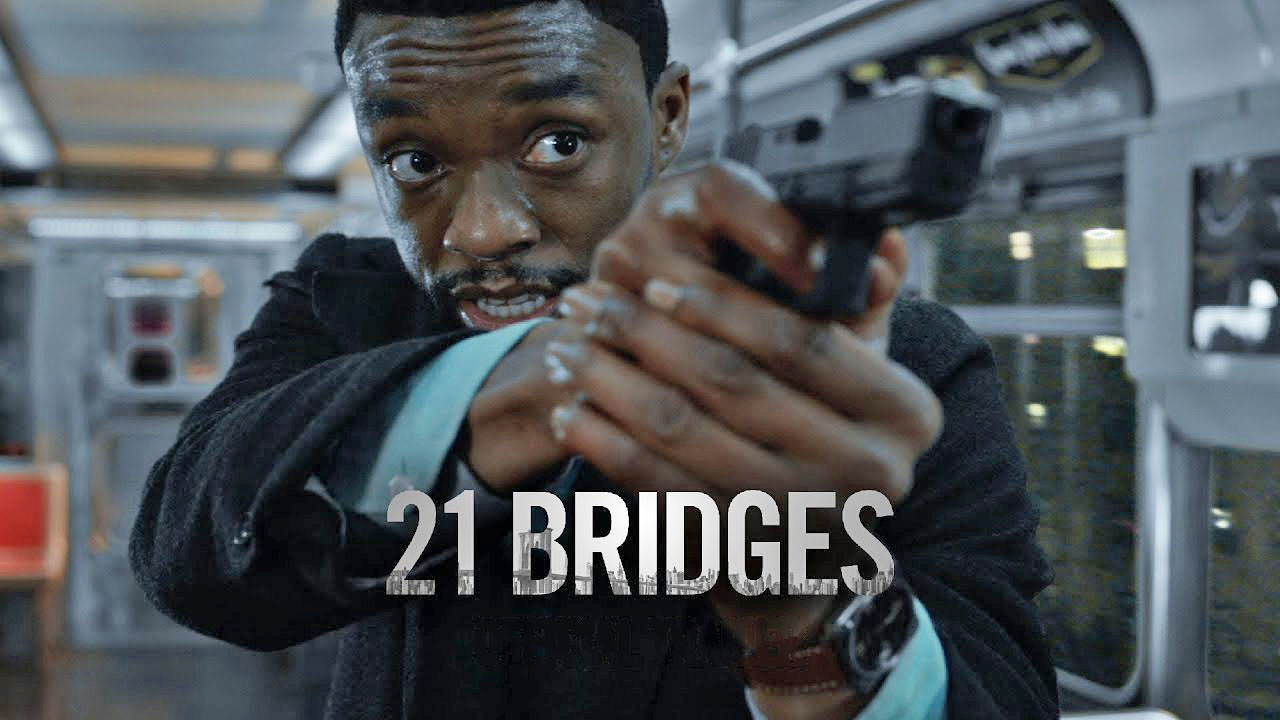 Two particular scenes at the beginning of the film prepare the viewer for 32-year-old NYPD Detective, Andre Davis’s (Chadwick Boseman) tough, no-nonsense character – as a 13-year-old, he silently weeps at his father’s funeral – a sincere policeman slain in the line of duty; and later, as a detective specialising in killing cop-killers, standing up to his Internal Affairs interrogators.

It’s just past midnight in New York and a couple of armed thugs break into a shop to steal 30kgs of cocaine. When they discover that the joint harbours ten times the stuff, they gun down eight cops who suddenly turn up at the scene. Capt. McKenna (J K Simmons), in whose precinct the cops are slain, calls in Davis to crack the case. With the FBI reluctantly permitting McKenna till 5:00 am to catch the duo, Davis orders the shutdown of all 21 bridges (hence the title) and 4 rivers of New York. “We flood the island with blue”, he declares pompously. Assisted by Narcotics detective Frankie Burns (Sienna Miller), it’s a no-holds-barred chase for Davis (who believes in shooting only as a last resort) and Burns, who wants the duo gunned down at any cost.

Written by Adam Mervis and Mathew Carnahan, ’21 Bridges’ is a slick, but predictable thriller with the usual tropes – a cop calling the shots, cops on the take and shootouts galore. A few scenes in the beginning are noteworthy, as the score by Alex Belcher and Henry Jackman replaces dialogue. The night helicopter shots by cinematographer Paul Cameron (Total Recall, Collateral) are memorable, but overall, one gets the feel of the screenplay being farfetched. Towards the end, watch out for cops standing outside Grand Central Terminal, huddled in groups, looking the other way as Davis walks away and you’ll know what I mean.