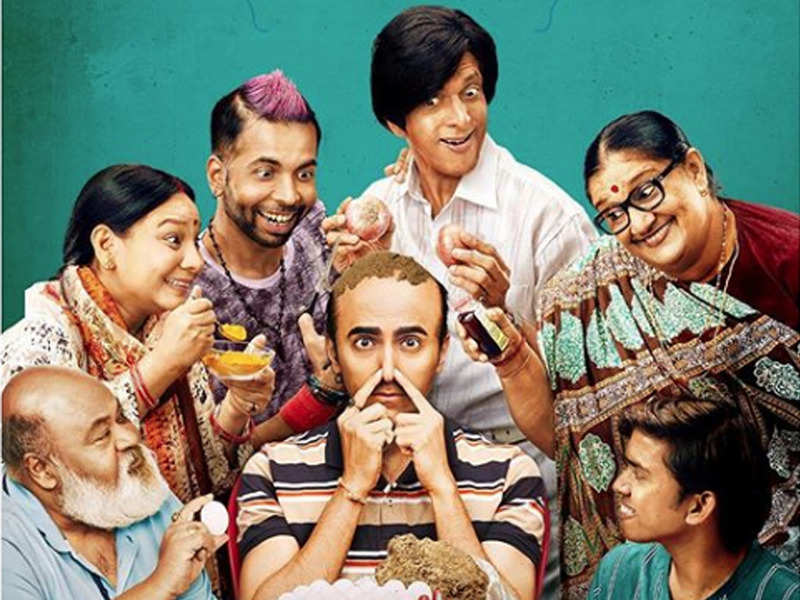 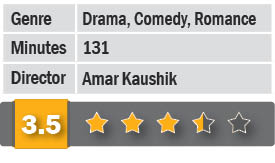 “DDLJ jaisa ending hoga kya?” asks a character, referring to the blockbuster of the 90s. This is just one of the many films alluded to in Amar Kaushik’s latest, written with wittiness by Niren Bhatt. The theme of male ‘premature’ issues seems to be captivating audiences of late. Just a week after ‘Ujda Chaman’ hit cinemas, comes ‘Bala’ with the same motif – of a man in his 20s with a rapidly receding hairline finding it exceedingly difficult to find a suitor.

It’s the summer of 2005, in Kanpur, and Balmukund, or Bala, barely into his teens, is cocky and brash, largely due to his fairness, bountiful mane and his ability to entertain his schoolmates by mimicking film stars, particularly Shah Rukh Khan. And by calling his teacher ‘takla’ and insulting a girl, Latika, whose complexion is several shades darker than his. Fast forward 11 years – the grownup brash kid is balding (Ayushmann Khurrana) and Latika (Bhumi Pednekar) is a fairly successful lawyer. After trying out several remedies to correct his pate’s imbalance, he falls back on the time-tested head covering – a wig. His job with a fairness cream company leads him to Lucknow where he meets a local supermodel, Pari (Yami Gautam). Pari falls for him, particularly his ‘lavish mop of hair’ gifted by his understanding dad (Saurabh Shukla). Unable to tell her the truth, she finds out only after marriage.

The writing is humorous, liberally peppered with popular Bollywood songs of the 90s, affording Ayushmann to show off his mimicry skills. Along with him, Yami Gautam’s joie-de-vivre carries the film, especially first half, with adequate support from Saurabh Shukla, Seema Pahwa (as Latika’s mother) – herself sporting a thin moustache, Javed Jaffrey and Abhishek Banerjee as Bala’s close chums. Pednekar’s presence in the second half offers the right balance.

Where ‘Bala’ succeeds is in avoiding the usual tropes of Bollywood films, particularly the ending which helps to free it of the usual cliched denouement. The free take on Bollywood helps to enliven proceedings. And early on in the film, the writers jump a surprise on the viewer when we are shown Bala’s girlfriend getting hitched with someone else! A pleasant one-time watch.