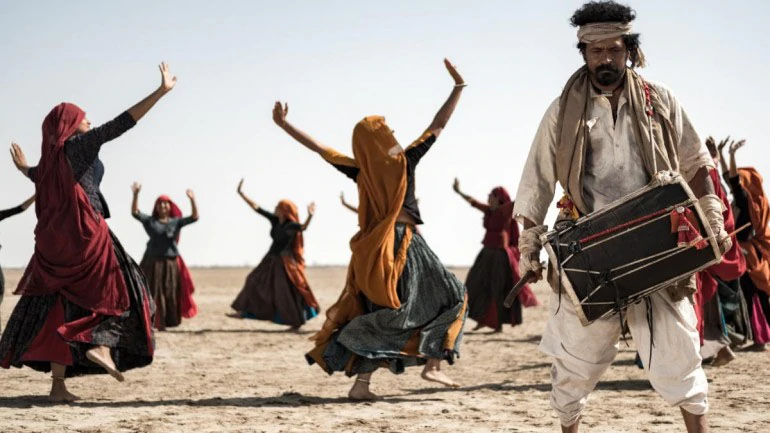 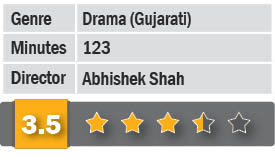 “Sinners are not punished. If they were, there wouldn’t be so many men in the world,” says one of the women, fettered by generations of bondage to their menfolk through ignorance stemming primarily out of unfounded beliefs. The first Gujarati film to win the Golden Lotus Award, while winning Best Feature Film at the 66th National Film Awards earlier this year, in addition to 13 of its actresses garnering the Special Jury prize, ‘Hellaro’ is based on Garba, the Gujarati traditional folk dance.

The barren and scorching Rann of Kutch provides the backdrop for a group of women’s only outing – trekking miles every morning to fetch water, and then watching their menfolk perform the Garba every night, an act meant to appease the Rain Gods, who have deserted the village for the past three years. And that the women cannot participate in the dance is just one of the time-honoured traditions.

One morning, the women stumble upon Mulji (Jayesh More), a low-caste dholi in the desert, dying of thirst and exhaustion. Manjhri (Shraddha Dangar), a newly-wed, offers him water and encourages him to play his dhol, while the young women dance – a routine carried on for a few days. And when one of the women delivers a stillborn, the fingers of superstition are pointed towards Manjhri, till the truth is revealed.

Seeped in casteism and superstition, Hellaro is all about women emancipation. Set in 1975, the mention of Emergency provides an opportunity for one of the men to comment on the draconian enactment ‘of a woman’. Tribhuvan Babu Sadineni’s striking cinematography vividly captures the panaromic outdoors of Kutch. The choreography and Mehul Surti’s compositions are pleasing, although crisper editing would have enlivened the pace of the film. The film’s title ‘Hellaro’, meaning outburst, is evidently a pun on the women’s gushing forth of courage and the opening up of the heavens. Although English subtitles are provided on screen, the dialect is intelligible and uncomplicated.