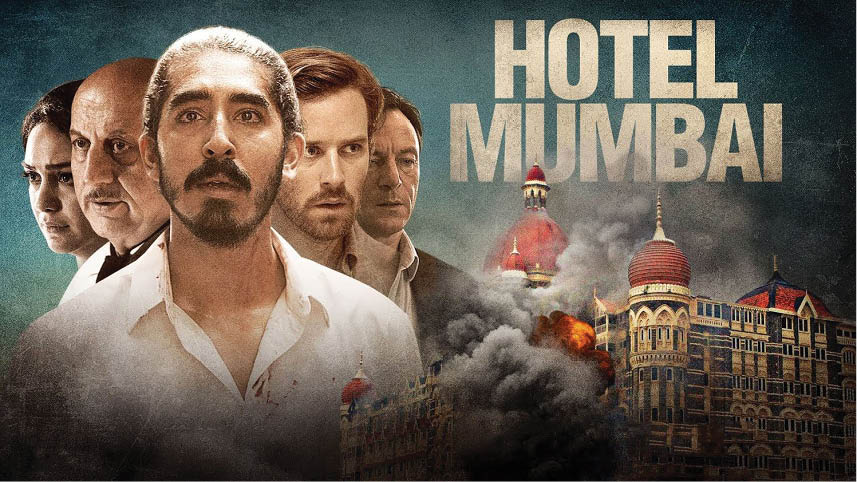 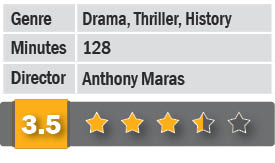 India’s 26/11 has been invariably, and universally, compared to 9/11 of the US – the moral bankruptcy of the perpetrators and their handlers, the meticulous planning, targeting of the commercial capital cities, the suddenness and viciousness of the attacks, and above all – the resilience of the peoples of the affected countries.

‘Hotel Mumbai’, inspired by the 2009 documentary, ‘Surviving Mumbai’, is being commercially released a year after it was selectively screened. Australian director, Anthony Maras’s debut feature film targets (pun unintended) almost only the attacks on the Taj, with a handful of scenes of the CST, Rang Bhavan and Leopold Café (inexplicably called Lilopal in the film) carnage, eschewing completely the Nariman House attack. Chief Chef Hemant Oberoi (Anupam Kher) and his staff, whose motto is ‘Guest is God’, take pains to shelter the guests and take them to safety when the shooting starts. His unassuming Sikh assistant Arjun (Dev Patel) even offers to take off his turban to convince a guest that he’s not part of the terrorists – later removing it to use it as a bandage for someone mortally wounded.

Set designer Nicki Gardiner succeeds in creating the hotel’s grand interiors, while the sounds of the stuttering AK-47s, the exploding grenades and the sight of the shuddering huddled victims lend an eerie aura to the proceedings. While Maras and his co-writer, John Collee, have researched the project well – the Pakistani Punjabi accent of the terrorists is spot-on, one wonders why, out of the actual scores of victims and guests, just a handful of foreigners are zeroed in on – a Russian businessman (Jason Isaacs), an American – David (Armie Hammer) and his Iranian-English wife – Zahra (Nazarin Boniadi). And did the terrorist have to mouth lines of a song during crucial moments? It could very well have been shown in the background. HM succeeds in depicting the valour displayed by the hotel staff, besides being a film from which one emerges shocked, angry, humiliated, determined and a lot more nationalistic.