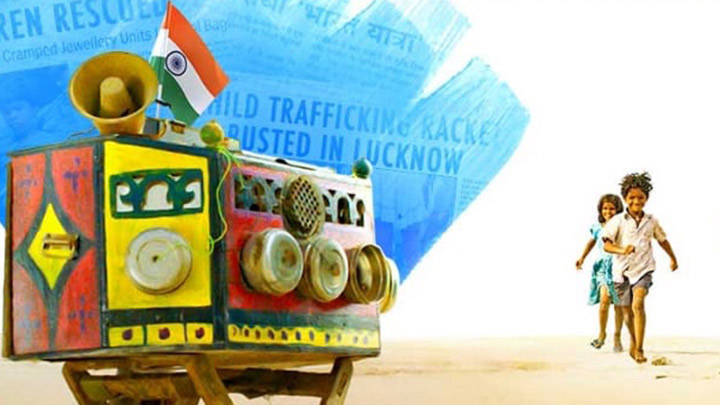 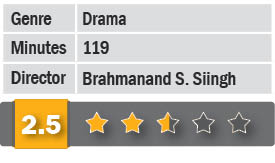 Mirzapore, in East UP is known more for its carpet weaving industry, and less for the child exploitation that exists there. Noted documentarian, Brahmanand Siingh, whose oeuvre includes documentaries on R D Burman and Jagjit Singh, has directed and co-written ‘Jhalki’, a film on child exploitation, particularly on bonded child labour.

Aarti Jha plays nine-year-old Jhalki, whose seven-year-old brother, Babu (Goraksh Sakpal), has been traded to the village goon (Govind Namdeo), who, in turn sells the children in town to carpet-factory owner, Ramnath (Akhilendra Mishra). Jhalki’s frantic efforts to trace her brother forms the crux of the film. In an effort to eliminate any semblance of a documentary (which for the most part it feels like) Siingh has roped in a few known faces – Sanjay Suri as the DM, Divya Dutta as his wife, Tannishtha Chatterjee as the investigative journalist and Boman Irani, who plays 2014 Nobel Peace Prize winner – Kailash Satyarthi, founder of Bachpan Bachao Andolan. Unfortunately, none of them have been given a well-fleshed out role or adequate screen time. Brahmanand’s sincere effort at projecting the malaise of social evils afflicting the hinterlands of India is negated by indifferent writing. The children’s fascination with the bioscope and the animated folktale of the diligent sparrow are punctuated at various times throughout the film.

Namdeo is excellent while Suri is expressionless for the most part. Divya Dutta and Tannishtha Chatterjee try their best in the script afforded to them. Boman Irani is aptly cast. The statistics at the end of the film are a grim pointer to what Brahmanand Siingh has tried to uncover. Jhalki, which has been shown across film festivals worldwide and whose trailer was premiered at Cannes earlier this year, was apparently conceived as a tearjerker. The slack script, unfortunately, prevents the tears from flowing.