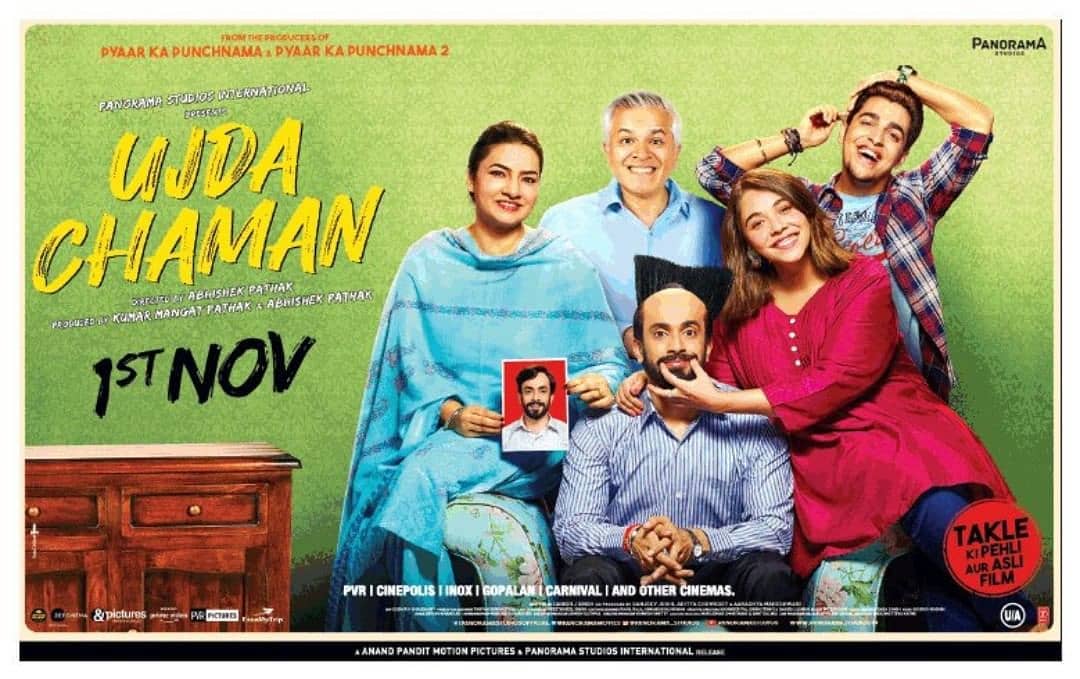 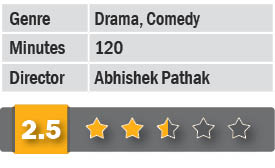 ‘Hair today, gone tomorrow’! If the trio of directors of this film (led by Abhishek Pathak) are to be believed, ragging in Delhi has gone up several notches – first-year students deride and ridicule even their lecturers for a paltry reason such as going prematurely bald! Not having seen the original 2017 Kannada movie, ‘Ondu Motteya Kathe’ (The Story of an Egghead), which inspires this remake, one has no way of telling how faithful Danish Singh’s adaptation has stayed to Raj Shetty’s original story.

Chaman (Sunny Singh) is a 30-year-old Hindi lecturer in Hansraj College of New Delhi. As if his students’ ridicule is not enough, he’s been rejected by a chain of suitors – for the same reason, as if that’s Delhiites’ prime priority while bridegroom hunting! His parents, keen on seeing him betrothed, consult a guruji (Saurabh Shukla in a scene-stealing cameo) who avers that if Chaman does not marry by age 31, he will remain celibate forever, as if in this day and age all bachelors are virgins!

Guruji’s decree causes a near stampede as he tries dating his colleague Ekta (Aishwarya Sakhuja) – rejected; a few outings with his student Aina (Karishma Sharma) – duped. Till he meets Apsara (Maanvi Gagroo) on Tinder. And she’s initially rejected by Chaman due to her weight. What should have been a roaring comedy stays staid for most of the couple of hours of the runtime – largely due to the insipid writing and Sunny Singh’s perennial expressionless and vacant look (one wonders what the directors’ brief was).

Add to that Hitesh Sonik’s intrusive background score throughout the film – ostensibly to mask the dull goings-on on the screen, and you have a film which fails to deliver in a premise which held out immense scope. Sunny Singh looks lost in almost every frame but Maanvi Gagroo looks charming and does justice to her role. Others are average. Ujda Chaman, which translates to ‘barren garden’, is an opportunity lost.