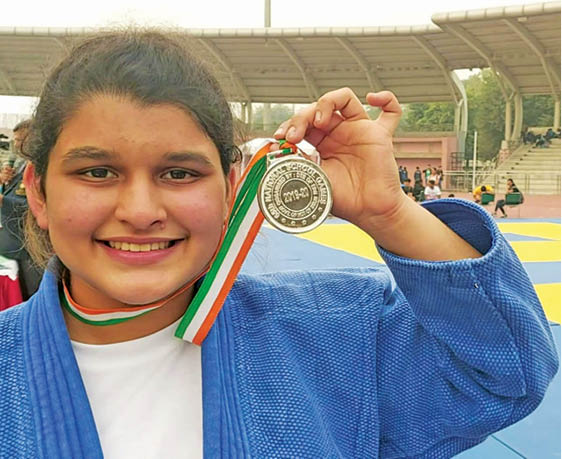 Friya Khushnoor Jijina, from Mumbai’s HR College of Commerce and Economics, recently won the Silver medal in the 65th DSO National Judo Competition, which was held in New Delhi, in the under-19 age group and under- 70 weight category. The Maharashtra team, which Friya was a part of, received the Runners Up Team Championship, under the Coach of Team India – Khushnoor S. Jijina, Friya’s father.

The journey and practice began six months prior to the tournament, under the supervision of Khushnoor Jijina. The practice was dedicated to techniques, endurance and tactics. Friya started practicing Judo since the age of 3 and won her first gold medal when at 4, in Dojo (Judo class), under her Sensei (teacher) Cawas Billimoria, Coach of Ippon Judo Academy. Friay’s parents – Khushnoor and Kamal are themselves students of Sensei.

“The moment of victory is much too short to live for that and nothing else. Perseverance and tenacity are often the foundational traits of success. When these are combined with dedication and teamwork, the result is outstanding,” said Khushnoor Jijina.