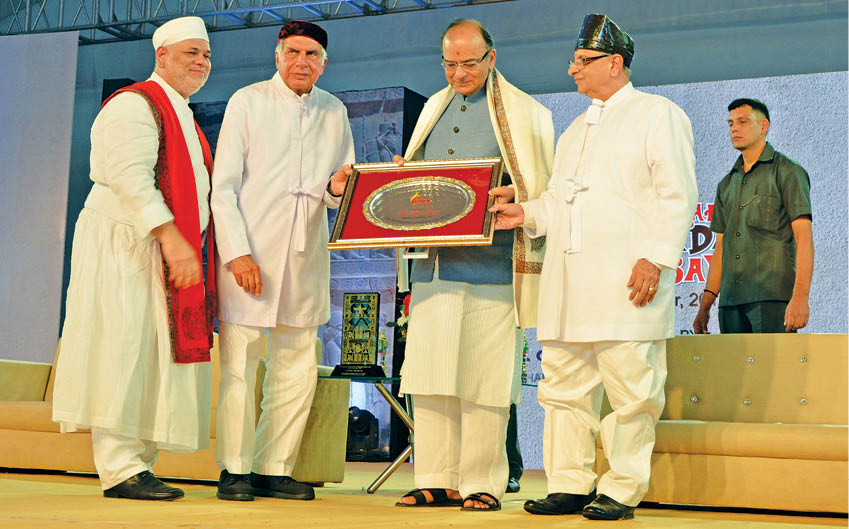 It all started in 2014, when Prime Minister, H’ble Shri Narendra Modi suggested the establishment of a ‘special Parsi festival’ that would help bring together our small yet close-knit and much-cherished community from across the world, in celebration of our cultural, social and religious ethos, in Udvada – our pilgrimage headquarters. With great planning and collaborative efforts of the ‘Foundation for Development of Udvada’, ‘Udvada Samast Anjuman’ and a group of dedicated volunteers, supported by Gujarat Tourism, ‘Iranshah Udavda Utsav (IUU)- 2015’ (December 25-27, 2015) materialized, as one of the premier cultural fests of the worldwide Zoroastrian community, drawing in over 4,000 participations from all across the globe! The tremendous success and the worldwide applause and praise received for this tremendous undertaking encouraged the Iranshah Udavda Utsav organisers to plan it as a two-yearly event.

The very first chapter of the Iranshah Udavda Utsav was inaugurated by Hon’ble Minister, Saurabh Patel, and comprised a culture-rich schedule comprising it all, in addition to being one of the largest Zoroastrian platforms in the world where a record number of Zarthostis got together to celebrate our glorious community and our unity and progress, along with felicitations of Zoroastrian achievers, innumerable activities like short films, religious plays, heritage walks, discussions, workshops; treasure hunt, Vintage car rally; shopping with over 50 stalls offering eclectic items related to food, culture and artifacts; mouth-watering Gambhar and high quality entertainment with performances by Boman Irani, Shiamak Davar’s troupe, Hormuzd Khambata’s dance company, the Big Red Bus Band, etc.

IUU 2015 felicitated our community’s success icons – Mr. Ratan Tata and the prime sponsor, Dr. Cyrus Poonawalla, along with the Finance Minister, Shri Arun Jaitley. As the curtains downed on IUU-2015, the man behind the show, Vada Dasturji Khurshed Dastoor promised a bigger and better IUU in 2017… and he didn’t just live up to that promise, he overdelivered!!!

IUU 2017 (December 23-25, 2017), with its theme – ‘Threads of Continuity’ – drew in even larger numbers of the global Zoroastrian community at our pious Udvada gaam, to once again celebrate, cherish and honour our culture, history and greats!

With the set-up handled flawlessly by team Wizcraft led by Viraf Sarkari, IUU 2017 showcased the dynamic and developing aspects of Zoroastrianism, its history, religion, entertainment, as well as traditional and modern lifestyles, through various art forms, presentations and films. Some of the highlights of IUU 2017 that stood out included a speech by the legendary Dr. Farokh Udwadia, who had the audience completely rapt, receiving unending applause and a standing ovation, as one of the select personalities getting felicitated for his unparalleled contributions to the community, society and the world of medicine.

IUU 2019 is back this year for you to once again be a part of our Community’s largest ever gathering in celebration of our Parsipanu, inviting Zarthostis worldwide to unite on a single platform, in the essence of unity, achievement, pride and glory! The third chapter of the IUU this year, promises to out-do its previous two with enhanced programs and activities – for all, from the 2-year-olds to those in their 90s!

Join us as we commemorate Zoroastrianism with IUU 2019 – Come, be a part of our great Zoroastrian history!

(For contact details regarding registrations and stalls, refer to Pg. 1)