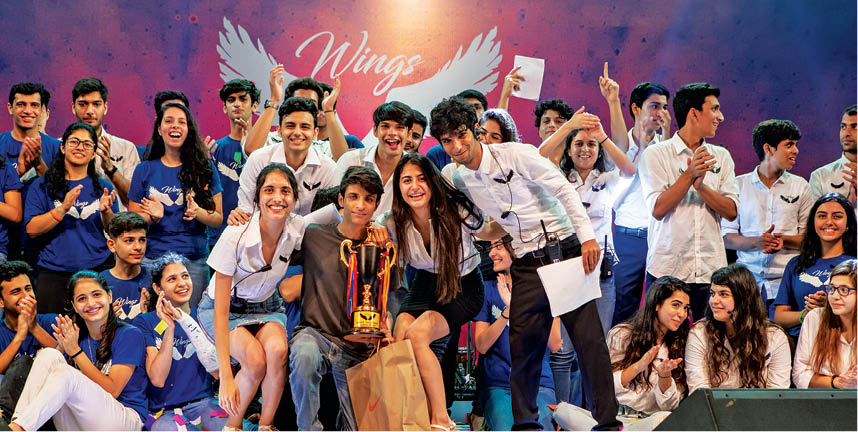 Rising high and mighty, the finale of ‘WINGS’ 2019 lived up to its promise unleashing power packed live performance by the All-Parsi band – ‘The Right Left Wing’; as also felicitating the community’s best talents across various sporting categories in an all-glittering, award ceremony which followed. Parsi Times Reporter Binaisha M. Surti brings you all the exciting coverage from the Rustom Baug Grounds in Mumbai. 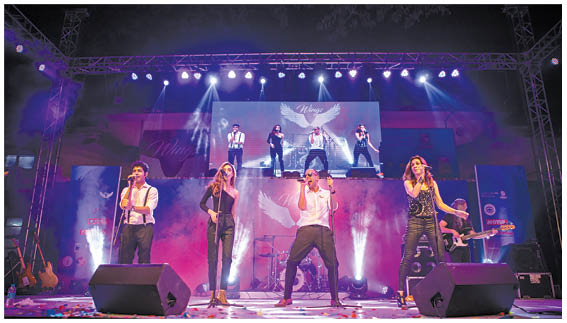 The community’s most-awaited event of the year, the Grand Finale of WINGS ’19 -‘The All-Parsi Sports, Cultural and Talent Festival’ – took place on 17th November, 2019 at the Rustom Baug Grounds, Mumbai, in association with the Ness Wadia Memorial Pavilion and with the Community’s number one news-weekly – Parsi Times, as Media Partner. The event turned into an extraordinary and high-entertainment evening attended by over a 1000 people – including tiny tots, youngsters, adults and seniors! The sponsors of the event were Dinshaw Tamboly- World Zoroastrian Organisation Trust Funds; Percy Chaudhry from Rustomjee Builders; Phiroza and Nader Godrej; Kainaz Daruwala from Sterling and Wilson; Sam Bulsara; Percy Master, Viraf Mehta, Yazdi Desai, Homai Daruwala from Zoroastrian Bank; Shapurji Pallonji, the BPP Committee, Peak Performance, Meher Jesia from Union Press, Motul Oil and Kotak Mahindra Bank.

The ever-spirited master of ceremonies and live wire on stage, Hormuz Ragina did a brilliant job through the evening. The WINGS promo video shown to everyone was courtesy Rehan Daruwalla and Mazda Events. For the first ever time, the band – ‘The Right Left Wing’ – put together by Danish Khambatta, debuted and performed live on stage. The electrifying performances by our super talented singers, Hormuz Ragina, Delraaz Bunshah, Arish Bhiwandiwala and Shazneen Arethna had the audience grooving to their beats.

The 90-minute long band performed a wide range of popular songs by the Beatles, Elvis, Queen, Maroon 5 and Coldplay – all enjoyed with great zeal by the community. The singers brought the house down, winning over the listeners with ease, rubbing off their high-octane energy onto the audience! They were supported by excellent musicians – Atish Thomas (Drums); Gavin Cason (Guitar); Loy Henriques (Bass); and Arthur Lobo (Keys).

Speaking exclusively to Parsi Times, singer Hormuz Ragina, said, “The talent displayed, year on year, at WINGS has been absolutely phenomenal. This year we decided to have a band. Performing with the best talent in the community has been overwhelming! The instrumentalists of our band were simply amazing. We wanted to put up an evening where the community could come together and enjoy. It was a memorable night for all of us!”

“Performing at WINGS ’19 with the other band members was one of the best stage experiences I have had. What made it even more special was performing with the finest of talents. I have seen these musicians and singers live on stage as a child, so to sing along with them was definitely a tick off from my bucket list!” Singer Delraaz Bunshah shared with PT. Shazneen Arethna added, “Every year, WINGS raises the bar! We all had such a blast at the closing concert! We were provided with the best of sound, lights and stage set-up. We had a wonderful participative audience whose energy really took us to another level. Also, I was really happy to feature my little daughters Jaeda and Johna to sing along with me on stage. Music has brought me so much joy and I feel every child needs to be given an opportunity to develop a lifelong love for music.” Arish Bhiwandiwala concluded with, “It was an absolute honour to be a part of ‘The Right Left Wing’ and to perform in front of a 1000 people. I always believe, that I would not be where I am without the constant support of our community. I was more than happy to perform here as it is always an honour to entertain my community.” 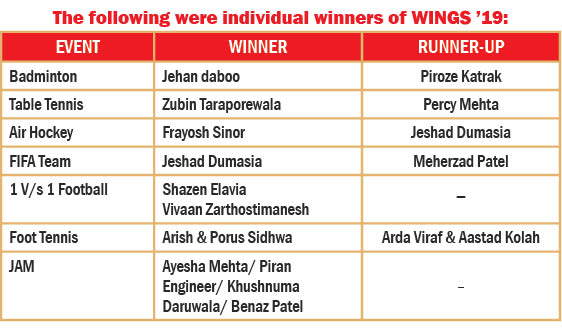 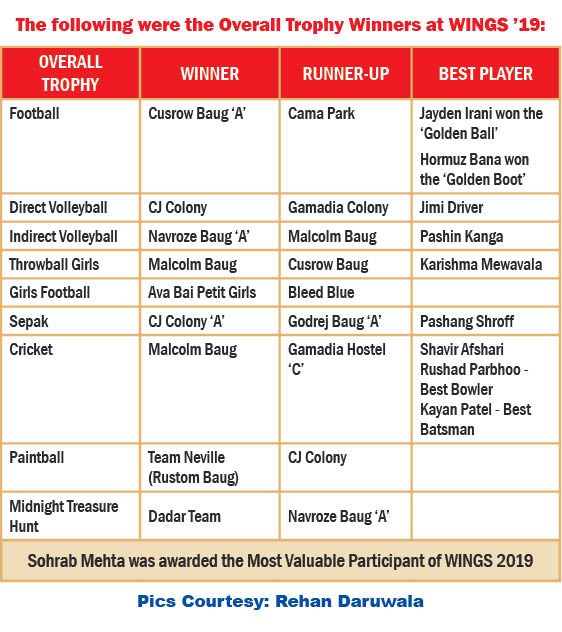 Another highlight of the tantalizing eve was the screening of the Iranshah Udvada Utsav (IUU) clip, post which its founding organisers – Vada Dasturji Khurshed Dastoor and Dinshaw Tamboly – were invited on stage. Vada Dasturji invited one and all to participate in the third edition of IUU 2019 which will take place in Udvada on 27th, 28th and 29th December, 2019. He emphasized on the ‘Three Fs’ – namely, the Fire to worship; Fun which forms a vital part of our definition as a community; and Food – the highlight of every Zarthosti experience!! He concluded urging all to make the IUU 2019 an even grander success than the previous two chapters.

Host Hormuz announced that there would be a ‘Winter Fest’ organised by the ZPL team at the Iranshah Udvada Utsav 2019, which will consist of games like cricket, football, sepak and direct volleyball, with only a first place accorded for the games.