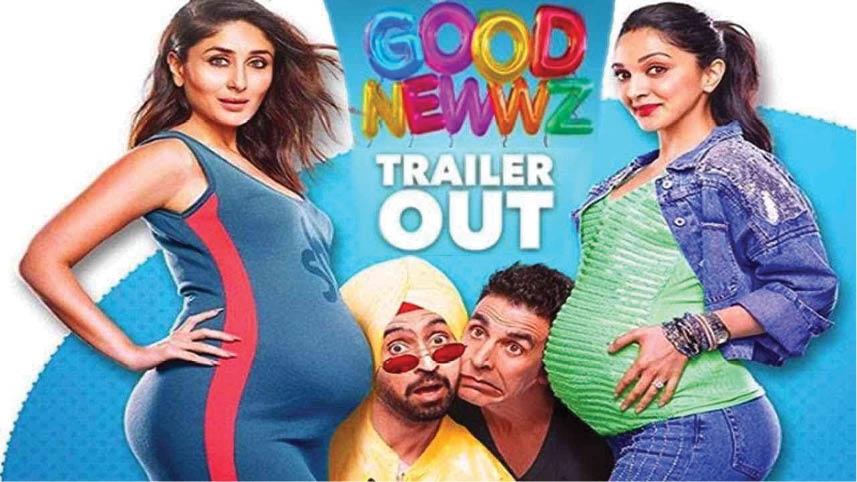 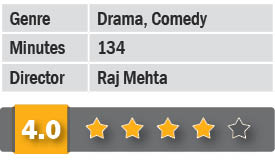 Well, the good news, er – newwz, is that 2019 ends with one of the best comedies in recent times – and with performances to match!
Varun and Deepti Batra (Akshay Kumar and Kareena Kapoor Khan) are a high-flying couple – childless despite seven years of marriage. As a result of frequent taunts from relatives and friends, and on the recommendation of an in-law, a willing Deepti and a reluctant Varun consult a high-end IVF (In-Vitro Fertilization) clinic run by the Joshis (Adil Hussain and Tisca Chopra). Samples are taken but erroneously ‘deposited’ as the Joshis have another client couple named Batras – Honey and Monica (Diljit Dosanjh and Kiara Advani) from Chandigarh.
The writing by Jyoti Kapoor (‘Badhaai Ho’), Rishabh Sharma and director Raj Mehta (assistant in ‘Kapoor and Sons’) pulls no punches – sexual positions and ‘faking a climax’ are spoken of in the same breath. The film is also a hilarious take on Bollywood – with veiled and not-so-veiled references to couples flaunting their star kids (recall Taimur?) and remixes.
Akshay’s flair for comedy and his perfect timing ensures that he’s in his comfort zone; it would be an understatement – and a cliché – to say that he carries the film on his shoulders. Kareena is the perfect foil as the alluring, seductive wife. Kiara Advani is passable and the Punjabi actor-singer Dosanjh’s presence results in four Bhangra-rap songs. The production design by Natasha Poonawala (‘Ae Dil Hai Mushkil’) is impeccable. Raj Mehta couldn’t have wished for a better directorial debut. With recent sex-based comedies such as Vicky Donor, Shubh Mangal Saavdhan and Khandani Shafakhana, Bollywood seems to have come full circle with Good Newws.