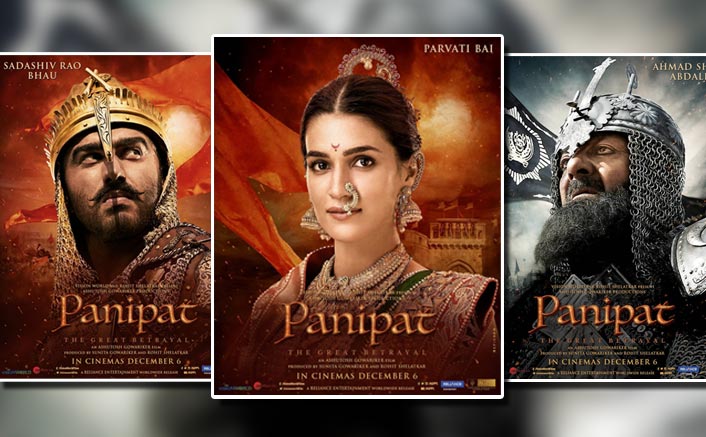 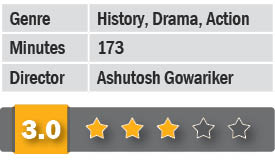 ‘Panipat’ is all about the third Battle of Panipat, on 14 January, 1761 between the two. Nanasaheb Peshwa (Mohnish Bahl) comes to know of the evil designs of Najib-Ud-Daula (Mantra) of Delhi having enlisted the support of Abdali to overthrow the powerful Maratha ruler. Nanasaheb despatches Sadashiv with an army of 40,000 from Pune to Delhi. Along the way, Sadashiv ropes in the support of a few Rajas and their armies. Some, of course, reveal their own personal agendas towards the end.

Ashutosh Gowariker’s penchant for historicals (Jodhaa Akbar, Mohenjo Daro) is evident. Not so evident, though, may be the historical inaccuracies and the cinematic liberties taken. The ensemble cast includes Kriti Sanon as Sadashiv’s wife Parvatibai, Padmini Kolhapure as the Peshwa’s wife Gopika Bai and Zeenat Aman (in a cameo) as Sakina Begum, ruler of a small province. The last named clearly looks out of depth in her role and a shadow of her former, glamorous self.

At almost three hours, both Gowariker and editor Steven Bernard ought to be held accountable for a tedious first half; the copious action in the second half valiantly trying to make amends, although with some uninspiring CGI. At times, the loud war cries and background score seems to compensate for the onscreen monotony. The orchestration of the songs stick out like a sore thumb for an 18th century film. It’s the production design by Nitin Chandrakant Desai and Neeta Lulla’s costumes which save the day.

Arjun Kapoor has his usual deadpan expression and Sanjay Dutt looks enraged and stupefied in turns. Kriti Sanon looks confident while the others are passable.

As historicals go, Panipat is a one-time watch, with the political intrigues in the film reminding the viewer of the recent happenings in the state.