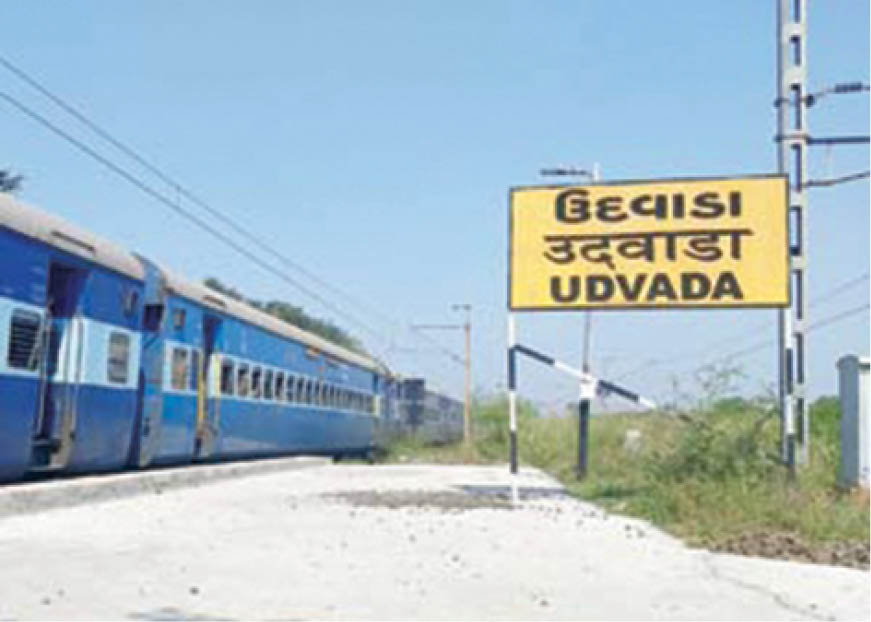 Did you know that there was no separate railway station for Udvada on Bombay Baroda and Central India (BB and CI) Railway? One had to alight at Pardi station and travel eight miles to reach Udvada.

Seth Behramji Nusserwanji Seervai (1824-1914) started his business as a Railway Contractor and Carting Agent in 1864, for BB and CI Railway. He wrote a letter to J. K.  Duxbari, the railway company’s agent , on 16th October, 1868, and stressed the need for building a small station at Udvada, where Parsis go on pilgrimage to the ancient Atashbehram, and that if the railway company wanted he even offered to pay the expenses for constructing the station.

On 11th June, 1869, C. Curry, the railway company’s agent replied to Seth Behramji Seervai, saying that a small station would be constructed at Udvada by the railway company, but asked him if he or his friends could improve the road from the station to Udvada village.

Seth Behramji, on 20th October, 1869, wrote a letter to T C Hope, Collector of Surat, and offered to pay half the expenses for repairing the road. TC Hope accepted the offer by his letter of 8th January, 1870, to Seth Behramji, where he stated “… the Local Fund Committee will undertake hereafter to improve it as far as the means at their disposal will allow.”

Thereafter, Seth Behramji, on 8th April, 1870, deposited Rs. 2,000/- in Surat’s Government Treasury for the road to Udvada village. The railway company constructed a small temporary station at Udvada and inaugurated it on the 23rd of December, 1869. The road to the Udvada village was built on 25th May, 1870.

Bai Motlabai Jehangirji Wadia contributed Rs.68,000/- ( Rs.38,000/- for constructing the permanent road and Rs. 30,000/- for its repairs) from Udvada station to the Atashbehram. The railway company demolished the 25-year-old temporary station and built a permanent station, ¾th mile away and inaugurated it on 1st January, 1896.