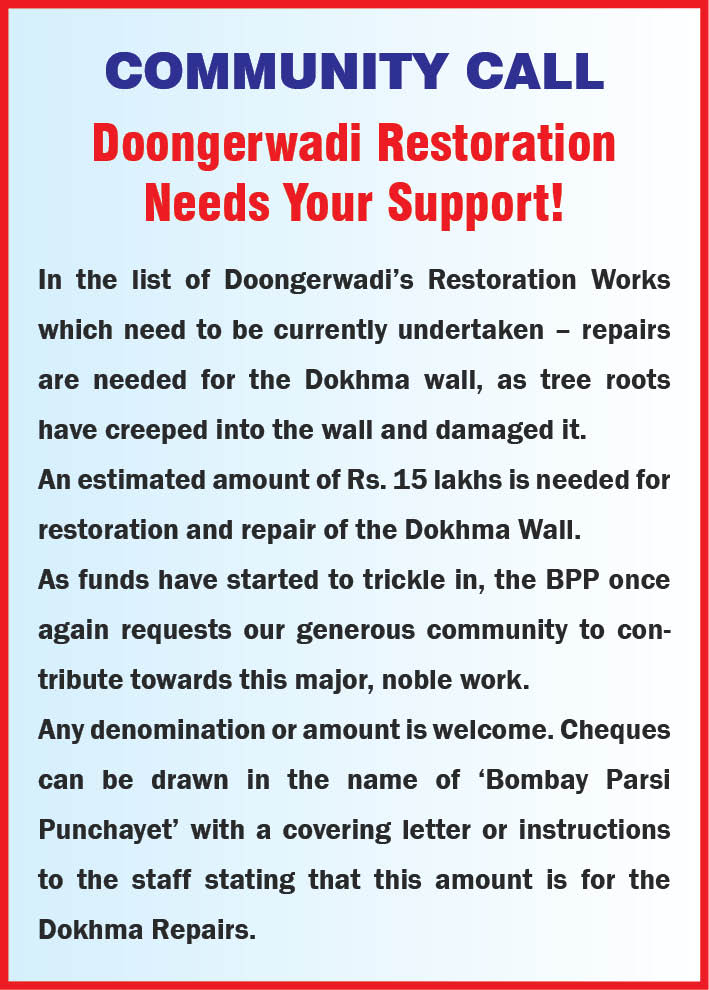 Community members will be pleased to know about the inaugurations of excellently renovated crucial areas within the Doongerwadi, driven by the efforts of the Bombay Parsi Punchayet (BPP), with funds donated by the Maneckbai P B Jeejeebhoy Trust Fund, through the office of the Centre for Environment and Research Education (CERE), as well as philanthropic community members. The excellently refurbished ‘Nahan’ area and the ‘Toilet Block’ at the Doongerwadi were inaugurated on the morning of January 14th, 2020, in the presence of BPP Chairman – Yazdi Desai, BPP Trustees – Armaity Tirandaz, Kersi Randeria, Xerxex Dastoor and Viraf Mehta, BPP Deputy CEO – Shehnaaz Khambatta; Founder and Director, CERE – Dr. Rashneh Pardiwala; CERE Trustees – Kitayun Rustom, Dr. Feroza Panday and Noshir Pardiwala and Trustee of Bai Maneckbai P. B. Jeejeebhoy Trust Fund – Persis Vatcha. 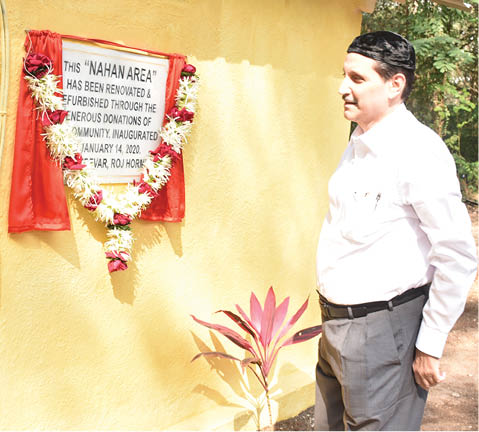 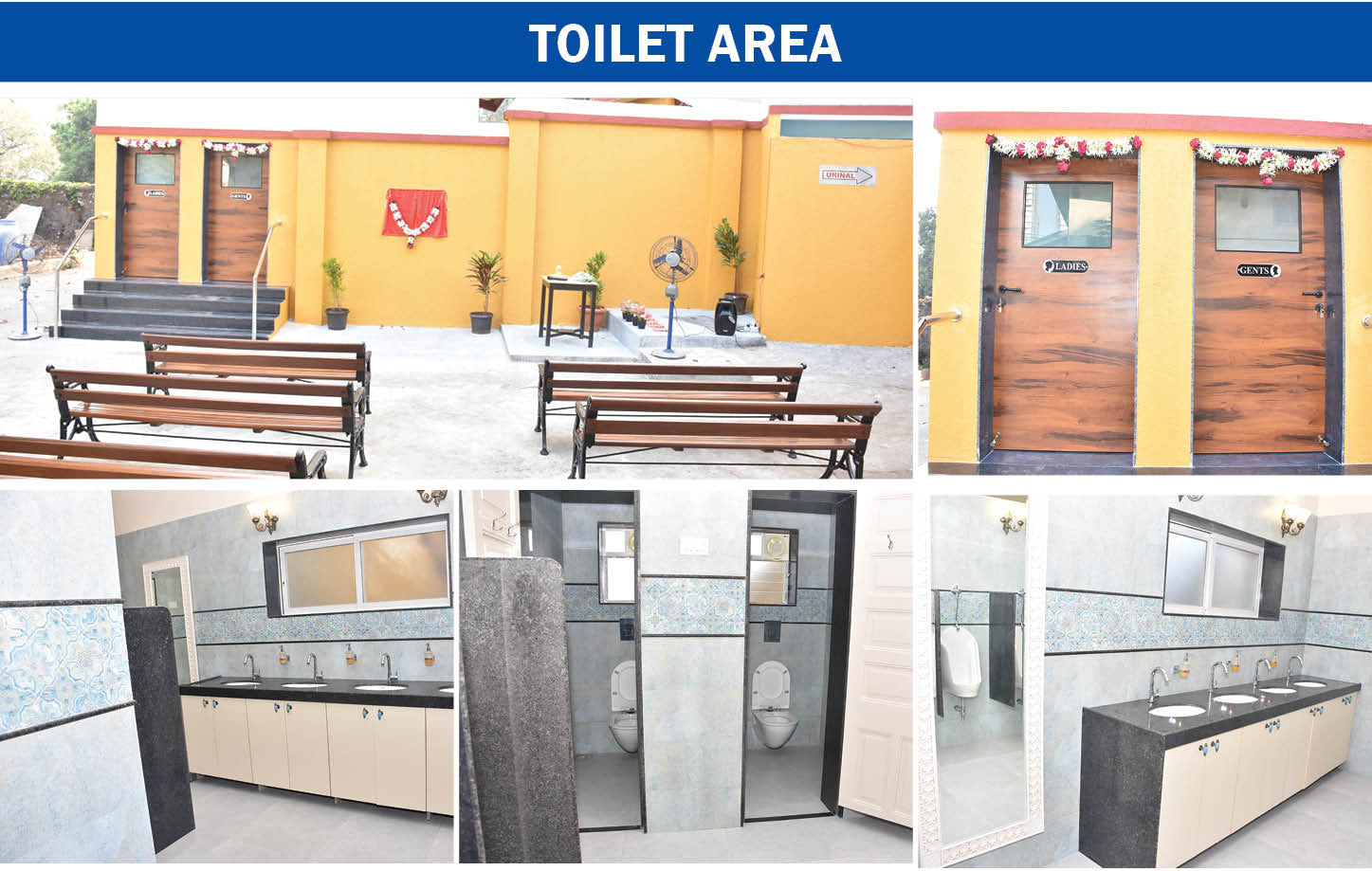 With Armaity Tirandaz lighting the lamp, Yazdi Desai inaugurated the Nahan area, which is used by the pall-bearers of Doongerwadi for their ritual baths, after returning from the dokhma. In keeping with the need for the maintenance of the Nahans, the BPP collected funds for the same to the tune of Rs. 6 lakhs, with the help of twenty-five generous donors. The balance amount has been put in by the BPP. The Nahan area has been completely revamped with new bathrooms, changing rooms, plumbing and tiling, and fittings including new geysers, showers, etc. A plaque, in recognition of the community’s contribution, has also been placed.

The ‘Toilet Block’, which is used by visitors, in the public area, had also been in a very dilapidated and nearly unusable condition. Fostering the efforts of the BPP towards its renovation, CERE Founder – Dr. Rashne Pardiwalla, facilitated funding from the Bai Maneckbai P. B. Jeejeebhoy Trust Fund, leading to the overhaul of the Toilet Block, which was inaugurated by Trustee of the Jeejeebhoy Trust Fund – Persis Vatcha, who lit the lamp and inaugurated the washroom.  “I remember by father telling me that ‘the hands that help are holier than the lips that pray’. So, this is my small help towards the community,” said Persis Vatcha, speaking on the occasion.

BPP Trustee Kersi Randeria highlighted the ongoing work and efforts being dedicated to the upkeep and maintenance of Doongerwadi. He spoke about another ongoing renovation at the Doongerwadi – the refurbishment of the Bhabha Bunglis – I and II, which is currently underway, through the generosity of donors – Mr. and Mrs. Gotla, who have contributed towards its complete renovation. BPP extends utmost gratitude to them.

Trustee Randeria also spoke of the other areas in need of renovation which will be addressed in the near future – like other Bunglis which need extensive repairs and maintenance as well as internal facilities like cutlery and crockery, mattresses, pillow-covers and bed-sheets, etc; the need for a new Hearse; Road repairs as well as revamping the Dasturjis’ Rest area.

BPP’s Deputey CEO, Shehnaaz Khambatta charmingly chaperoned the group across the Doongerwadi as Chairman Yazdi Desai extolled the generosity of the Trust Fund and thanked its Trustee as also the Trustees of CERE. The BPP Trustees then felicitated the CERE trustees with floral tributes. 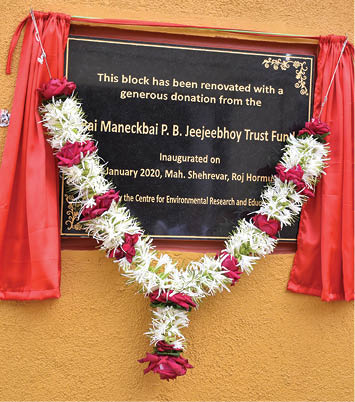