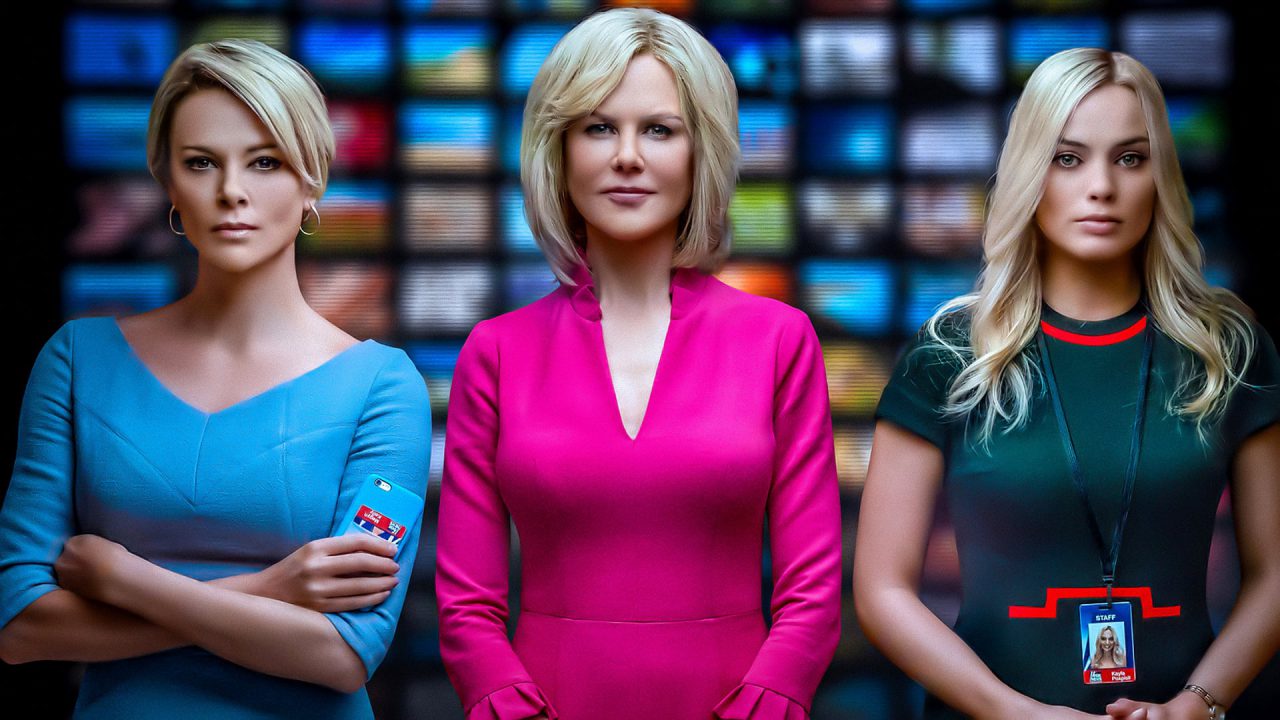 Award-winning director, Jay Roach (Trumbo) and Oscar-winning scriptwriter Charles Randolph (The Big Short) unite admirably for ‘Bombshell’ – a reconstruction of the sexual harassment cases which brought about the downfall of Fox News honcho Roger Ailes (played astutely by John Lithaow) in 2016, 20 years after setting up the news channel, although it’s difficult to say how much the channel’s TRPs were dented in the bargain.
Gretchen Carlson (Nicole Kidman) – host of ‘Fox and Friends’ – gathers courage to speak up against Ailes, as a result of which she’s been shown packing her bags and leaving the network. Top TV anchor Megyn Kelly (Charlize Theron) faces similar problems but sticks around in the hope of garnering more witnesses. One such candidate Kayla (Margot Robbie), ambitious to attain the coveted post of an anchor, vacillates – even after being called by Ailes to his home and being asked to reveal her legs right upto her underwear – “It’s a visual medium you are working in,” he says!
One needs to heed the initial 40 minutes, as proceedings zip by at alarming speed. While almost all characters are real, Kayla’s is fictitious, perhaps holding a mirror to the other nameless victims. One can see the media tycoon Rupert Murdoch and Rudy Guilani, besides others, played by actors on screen, with onscreen captions with dates and names of the actual personalities. A lot of prosthetics and makeup has gone into recreating the facial resemblance of Megyn and Gretchen – and Ailes – putting Kazu Hiro in line for another Academy win for Best Make-up after ‘Darkest Hour’. ‘Bombshell’ is a prodigious look at the salacious part of life in the American TV business, vitiating the work environment and, to a lesser extent, corroding the moral fabric of society. While the title is probably a pun on a colloquial word to describe a curvy woman, there’s a better way of looking at it: the bomb exploded – the shell cracked!